Think local to save rhino 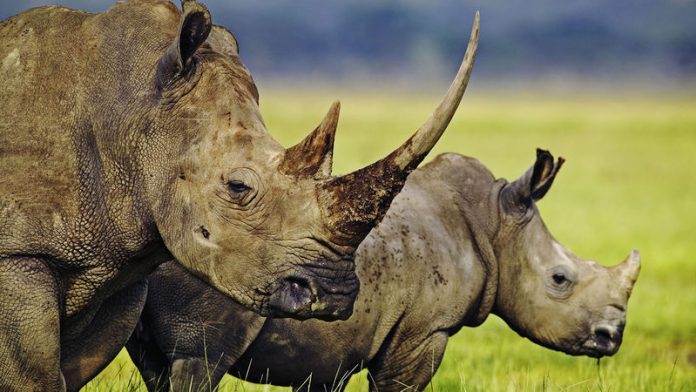 Are our efforts to raise awareness about the plight of our rhino aimed at the right target? That was the question the World Wide Fund for Nature South Africa (WWF-SA) asked itself.

With the support of the WWF-Nedbank Green Trust, the conservation NGO approached an organisation called ResearchAfrica and asked it to canvas the perceptions and understanding of communities clustered around the Kruger National Park and the surrounding privately-owned nature reserves.

“Research proves that the first point of entry into most of the hotspot rhino poaching areas is not the fence around the park; it is the people living around the park,” wrote ResearchAfrica in its report.

“People living adjacent to rhino population have a real chance to act as buffers to rhino poaching and other forms of illegal wildlife trade.

"The current campaigns do not seem to be effective in reaching the majority of black South Africans that live adjacent to key rhino populations.”

Dr Jo Shaw, rhino co-ordinator for WWF-SA, explained: “As a fundamental element of establishing a national rhino programme, WWF-SA saw it as vital to involve local communities in addressing the issue of poaching and establish a common voice within the community to address the threats to our national heritage, the rhino.”

Key communities
The research was done in three key areas: Bushbuckridge, Malalane/Tonga, and Phalaborwa. These three communities lie along a 300km stretch, which embraces the southern and central Kruger National Park and the neighbouring Sabi Sands area, right up to the central waist of the Kruger.

Most of the interviews ResearchAfrica conducted were in Bushbuckridge, a community not far from Graskop and Hazyview.

With a population of more than half a million, of which 52% is unemployed, it may seem that this settlement, so conveniently placed for poachers, along with Malalane and Phalaborwa, might become a haven for poachers and a source of new blood.

And yet, reported ResearchAfrica, “Over 80% of people interviewed during one-on-one interviews indicated that they are aware of rhino poaching in the Kruger National Park and Sabi Sand Game reserve.

“They are, however, not happy with the poaching because rhinos have a spiritual and heritage significance in their lives. Some of their surnames come from the rhino and when they see a rhino they feel like they have seen their ancestors. Community members would like to have the rhino conserved for future generations.”

In addition, the communities have a keen sense of the commercial value of the rhino: “During the focus group meetings it was also clear that the communities see rhinos as South African heritage.

“The rhino is one of the big five and one of the tourist attractions.”

Many people in these three communities, of course, are employed in tourism directly or indirectly.

Although just 16% said they knew people engaged in poaching activities, these communities have a keen eye for threats to the rhino. For instance, some noted that they don’t trust the police or the rangers because they believe many are directly involved in poaching.

We will help
Encouragingly, more than 90% of the interviewees said they would be willing to contribute to rhino conservation — and a whopping 68% said they would be happy to blow the whistle on poachers if their identities were protected and the poachers were jailed without bail — obviously communities are concerned about their safety.

It would also serve as encouragement if some sort of incentive was offered.

The key factor was involvement: the communities felt that they have often been left out of plans and decisions around these issues, but they made it clear that they felt they should be consulted on nature conservation concerns.

“Local people can be the connective tissue in informing authorities about wildlife crime happening in their community and in turn enable the community to act as the first critical line of defence against poaching”, said Shaw.

In fact, it is counter-productive to exclude the communities from planning and decision-making.

“The general feeling from the community is that the current rhino poaching responses are not enough. They feel that as long as communities are not involved in conservation issues, the problems will never change,” ResearchAfrica’s report noted.

“They indicated that in most cases programmes are imposed on the community without their input. This has resulted in most programmes failing because of lack of understanding of community needs, expectations and how communities can contribute to the success of conservation programmes.”

Religious leaders, teachers and traditional leaders should be drawn in and made partners in this campaign, interviewees suggested. The youth could also play a critical role.

Community suggestions
The people interviewed had some constructive suggestions.

People from the communities should be appointed as community field rangers, who are trained, equipped and remunerated; the provincial department of education should be roped in, and learners should be made aware of the issues; all the communities in the area should be targeted by awareness raising campaigns; and anti-poaching issues should be a permanent fixture on local community meeting agendas.

They also asked that local residents be given preference when it came to employment, both in anti-poaching efforts and at lodges and other tourism products.

Seeing the issue through the lens of the communities living in these hotspots has been an eye-opener, said Maseda Ratshikuni, head of cause marketing at Nedbank.

Getting the community involved is crucial to dealing with the rhino poaching threat, said Dr Michael Knight, chairman of the International Union for Conservation of Nature Species Survival Commission — African Rhino Specialist Group.

It is due to “the fact that in southern Africa (South Africa and Namibia) ownership of the resource takes place, that we have seen huge strides in the recovery of wildlife populations, unlike in the rest of Africa where no ownership of wildlife resources is conveyed to the people, resulting in the loss of value.”

Where people feel the kind of kinship and ownership expressed in response to the ResearchAfrica survey, the vulnerable animals engender a sense of value and of responsibility.

“And if, through bringing them on board and taking their suggestions seriously, communities can be encouraged to continue to place value on the rhino, they will become a real and practical buffer protecting the large beasts from harm.

This article forms part of a supplement paid for by Nedbank. Contents and photographs were supplied and signed off by Nedbank