DA to challenge e-tolls in court 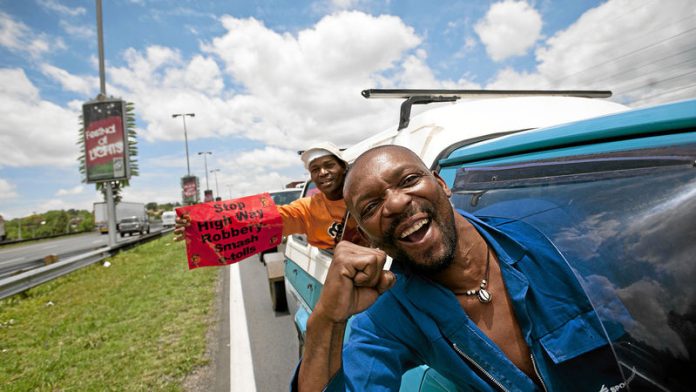 The fight against e-tolling in Gauteng is not over, the DA said on Thursday.

"Without fail, we chose the most cumbersome, the most expensive … system that only benefits a few, rather than considering the majority of this province," said Democratic Alliance spokesperson Mmusi Maimane.

"We feel there was a fundamental flaw in the process to begin with."

The DA will bring a high court application to fight the constitutionality of the e-toll Bill signed by President Jacob Zuma in September.

The DA believed the Bill was incorrectly passed by Parliament and signed into law by Zuma.

It contended that the Constitution made a distinction between Bills that had an impact on national government and those which affected provincial government.

Maimane said the Bill was incorrectly tagged as a national competency that should be dealt with by the national government.

For or against
The Gauteng legislature should have been given an opportunity to vote for or against the Bill, he said.

"We believe that the incorrect tagging of the e-toll Bill effectively prevented the provincial legislature from deliberating on the e-toll Bill on behalf of the affected people," he said.

"The e-tolls Bill allows the South African National Roads Agency Ltd [Sanral] to toll roads in Gauteng and every other province."

The DA filed its application in the Western Cape High Court on Wednesday.

It asked the court to hear the matter urgently.

On September 25, Zuma signed into law the Transport Laws and Related Matters Amendment Bill, giving the go-ahead for e-tolling in Gauteng.

Dismissed
A legal challenge to e-tolling by the Opposition to Urban Tolling Alliance (Outa) was dismissed by the Supreme Court of Appeal on October 9.

Outa announced on October 18 that it did not have enough money to continue the legal fight against e-tolling.

Outa's argument was that Sanral and government did not conduct a proper public participation process.

Maimane said the DA application differed from the Outa application because it was about the tagging of the Bill. – Sapa