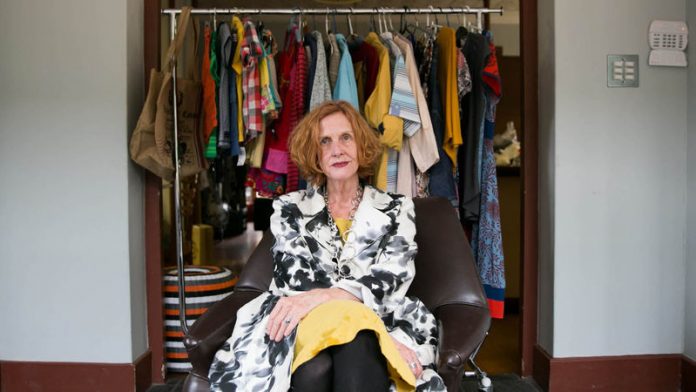 A small local supplier says the producers of the movie ­Mandela: Long Walk to ­Freedom, produced at a cost of tens of millions of rand, screened in the White House and lauded as a reason for national pride, stiffed her for R300 000, then spent months giving her the runaround as she sought to claim what she was owed.

Now, annoyed beyond the point of caring about doing damage to future business in the close-knit local movie industry, she is going public.

But Anant Singh’s Videovision, which produced the movie, says it is being subjected to extortion for a small amount it would happily pay if the demand was fair.

“I keep hearing what a fantastic advert this film is for South Africa,” said Sue Steele, after contacting the Mail & Guardian this week. “It makes me furious. I know for certain that one of their suppliers has not been paid. Does that mean others haven’t? Is that how we are proudly South African?”

“This is a R285-million project and we’re fully paid up, there are no other disputes,” said financial manager Robert Naidoo. “We’ve tried to settle, but she has refused all our offers.”

Steele’s one-woman company, The Famous Frock, rents period costumes to the movie industry. It is a business she has been in since 1982, a business she has enjoyed and profited from, without much in the way of trouble. That is, until Mandela: Long Walk to Freedom came along.

The Mandela movie, she said, rented large numbers of items, such as dresses and shoes, dating from the 1930s through to the 1950s. Her wares can be seen in many scenes in the movie currently taking the circuit by storm in several countries.

That is not in dispute. Nor is there any dispute about the fact that some of the costumes did not make it back to Steele. In large productions, the loss of items is almost inevitable.

What they cannot agree on is how much a pair of shoes is worth.

“This is vintage clothing, original stuff,” said Steele. “You can’t get it here anymore. You have to search for each piece individually in places like London.” And if she were to restore her collection to the size it was before the Mandela movie, she said, that is exactly what she would need to do.

The replacement value of the clothing stipulated and, Steele said, agreed to by Videovision, is R300 000, an amount small in the context of the production and the revenues it is earning, but a number that looms large for Steele.

“It is not going to put me out of business,” she said, “but those are the assets I use to make a living. It hurts the value of my business. I’m 56 years old. I’m not intending to retire tomorrow, but you have to keep an eye on those kind of things.”

Videovision said there was such a thing as a fair price, and it was not being charged that.

Steele is candid about the fact that the replacement value she is claiming from Videovision is greater than the value of the actual items rented to the company, but maintains that the numbers were both contractually agreed on and fair.

“If I have to replace something with a top I can buy at Mr Price, the replacement will still be more, because it has to include somebody to go to Mr Price and buy it, their time and petrol. The costs get higher as stuff gets older, because it gets harder to replace.”

She is particularly worried about replacing period shoes. Shoes, she said, wear out. That makes the rate of attrition for shoes higher than that of, say, dresses. No matter how well they are looked after, shoes fall by the wayside as time marches on.

But Videovision said it had done everything to settle the matter. It had offered to pay up to R175 000, no questions asked. It had offered to deposit the full claimed amount with its attorneys before any litigation, to show its ability and willingness to pay if it should lose. It had offered to let Steele choose from a range of replacement items.

Steele, on the other hand, said she would not be pushed around.

In recent months, as Videovision was gearing up for a worldwide release of the movie, with related publicity tours and lavish launches, Steele said her experience of trying to extract money from the company had been less than pleasant.

At times emails and phone calls were simply not returned. At other points she was told the company was waiting for an insurance payout before it could settle with her and, at yet other times, there were attempts to negotiate her claim.

The Famous Frock’s Sue Steele says much of the period clothing in the film is hard to find. Photo: Clarissa Sosin

Mandela said I could, so I got my doctorate

Mandela, the Merc and the making of stories

Long Walk to Freedom sequel to hit bookshops next year

European gold mine for Mandela film