Dai’s vision for a Modderfontein metropolis 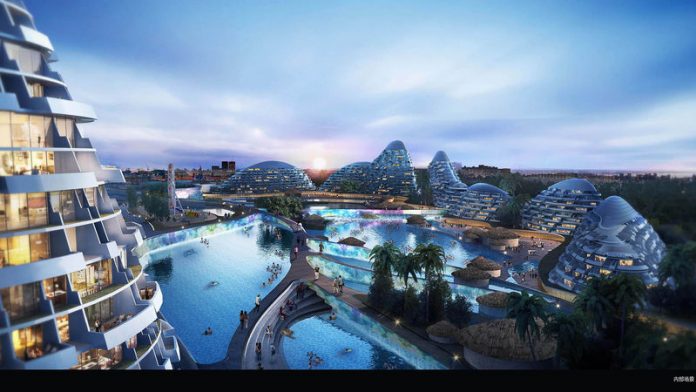 The new billionaire in town is a maverick, a visionary, an art collector and businessman.

And it is likely these qualities that led Dai Zhikang, founder and chairperson of the Shanghai Zendai group, to commit to investing tens of billions in a development in Modderfontein — a move which is not only a vote of confidence in the country, but is set to change the face of Johannesburg.

Shanghai Zendai announced this week it would pay over R1-billion to explosives and specialist chemicals company AECI for the East Rand land with the intention of developing it over 10 to 15 years into a "mini city".

The latter boasts landmark developments across 12 cities in China and one project under way in Auckland, New Zealand.

Austerity measures
The company has completed more than one million square metres of development, listed on the Hong Kong stock exchange in 2002 and now has an estimated market capitalisation of $300-million. Dai has a 39% shareholding.

Austerity measures, in the form of property purchase restrictions, enforced by the Chinese government in a bid to slow down rising property prices, caused the company to look outside of its own country for growth, Shanghai Zendai said in a notice detailing the South African acquisition.

The BBC reported that Dai was the fourth of six children. His early years were spent looking after the family's pigs and cows in Jiangsu province.

He began his career in the financial industry by working as the secretary to the president at China CITIC Bank Corporation and a year later joined the Dresdner Bank as the chief ­representative of its Beijing office. He was also the manager of Hainan Securities Company from 1990 to 1992.

More often than not seen sporting a mandarin-collared suit, Dai reportedly dreamed of being the Warren Buffet of China.

Dai's net worth
The BBC estimated his net worth at $1.2-billion in 2011 — although the Forbes rich list puts it at a much lower $665-million.

ENSafrica is the legal transaction adviser for the project. The firm's China head and specialist tax practitioner, Ernie Lai King, joined the company two years ago, but has been involved in the Shanghai Zendai project from the outset.

Lai King said the deal was a major vote of confidence in South Africa. Asked about other potential opportunities, he said: "The whole world was an opportunity and they chose South Africa.

"Mr Dai is known as a very sophisticated operator in China." And he takes a keen interest in culture. "When he arrived last week the first thing he did on the weekend was to go visit art galleries.

"With some of his investments [in China] people thought he was mad, but he made a lot of money out of those."

Asked how he tells a good risk from a bad risk, Dai told BBC reporter Nick Rose quite simply: "From [the] heart".

The lush 1 600-hectare site in Modderfontein, owned by AECI since 1896, is home to little more than overgrown vegetation and wetlands, through which cyclists are apt to enjoy the odd weekend trail.

It has obvious advantages as it is on the Gautrain route and located between the central business district of Sandton and OR Tambo International Airport.

The first deadline for the transfer of the property is July 2014. From Shanghai Zendai's side, there is a payment guarantee from the Bank of China in South Africa and, for AECI, performance guarantees from Standard Bank.

Shanghai Zendai's vision for the land is to make it a future centre of Johannesburg.

It will have seven focus sectors: finance and trade; an industrial zone for light industry such as warehousing and manufacturing; a convention centre; an African heritage theme park; facilities for education, training, sports and recreation; and up to 35 000 families living on the property.

Direct and indirect benefits
Over the next 10 to 15 years, Shanghai Zendai will invest about R80-billion in the project and an estimated 12-million square metres of building will be constructed.

Direct and indirect benefits for the national economy could be R14-billion and R1-billion will be generated in local government rates and taxes.

This is according to a high-level economic impact assessment of the Modderfontein development on the Gauteng and national economy by the Bureau of Economic Research at Stellenbosch University.

About 24 000 direct jobs will be created out of the project although concerns have already been raised as to how many of these jobs would be for South Africans.

"Without a doubt there has been criticism from certain quarters," Lai King said, referring to claims that Chinese companies flood a country, bring their own workers, take the benefits and flee.

"I can't talk for the company, but we have had a lot of discussion with Shanghai Zendai and we have been constantly assured the economic benefits would be shared … My view is that this is not a 12-month construction project. This a 10- to 15-year project.

Lai King said Dai and his company would have no problem raising the R1-billion from its own balance sheet. But for subsequent development, Shanghai Zendai intends to bring in other partners.

A Standard & Poor's analysis rated the company as B (more vulnerable to adverse business, financial and economic conditions but currently has the capacity to meet financial commitments) with a stable outlook.

In December last year S&P's said the outlook for Shanghai Zendai's property sales remains weak, given the government's continued reiteration of its firm stance on restricting home purchases and increased competition due to a slowdown in transactions.

S&P's noted that in 2012 the company had purchased three land parcels in Nanjing, Changchun, and Yantai and the cost of the land and its development will be largely debt-funded.

"Accordingly, we expect the company's leverage ratios to remain high," it said.