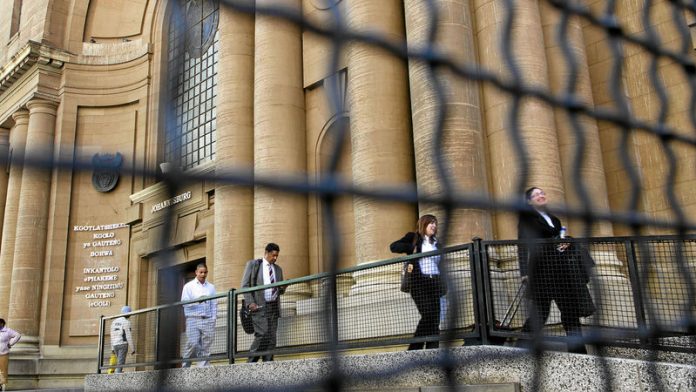 "In 2011, the majority of LLB graduates were African [at] 1784, 355 were coloured, 404 were Indian and 1268 white," Jeffery said in a speech prepared for delivery at a general meeting of the Law Society of the Northern Provinces, at Sun City, on Saturday.

"However, what is more startling is the fact that, despite the majority of LLB graduates being African, it is still the white graduates who are getting articles.

"The Law Society of SA's figures show that the Law Society of the Northern Provinces has just over 12 000 practising attorneys. Of those the overwhelming majority of 8207 are white, with 3165 African."

'Disheartening picture'
Jeffery said that in all the provinces, 1104 articles of clerkship were registered 2012. Of these, 587 candidate attorneys were white, 412 were African, 89 were Indian and 16 were coloured.

"If one looks at the profiles of our law firms, it paints a rather disheartening picture," he said.

"For example, if one looks at some of the firms who constitute the so-called 'big five' of our firms, there is cause for concern about the lack of representivity, especially on the level of directors or partners.

Jeffery asked why, if it was possible for smaller law firms to have majority black ownership, it not possible for the bigger firms.

Black-owned
In other professions, such as finance, black-owned and managed companies like Sizwe Ntsaluba Gobodo existed.

"It has 55 partners and is nearly completely black-owned and black-managed," Jeffery said.

He also said that 19 years into South Africa's democracy, only nine out of 473 senior counsel were black women, and only 20 were white women. – Sapa

Access to counsel crucial for those facing capital punishment

The thorny issue of  ‘silk’ status for advocates