My grandmother was born in Palestine. I was born in Israel. There are words that capture the worlds that changed, in between those two sentences: atzmaut, independence; and nakba, catastrophe. The first is Hebrew, the second is Arabic. They mean the same thing, and they mean completely different things; the one would not exist without the other.

It took me the better part of 30 years to realise that my views on Israel &ndash; its military, its policies &ndash; were spectacularly uninformed.

As I started to seek out new information and different viewpoints, I was presented with a number of challenges, not only because I was coming from a Jewish community that, as a whole, is deeply conservative and blindly pro-Israel, but also from the Palestinian activists I attempted to engage with, who would pat my head and tell me it was all very nice I was trying to be a liberal Zionist, but that the state of Israel should not exist at all.

When it comes to Israel and Palestine, we see things as we want to see them &ndash; perhaps the most colossal "us" and "them" in recorded human history; even when you are neither (Israeli or Palestinian; Jew or Muslim) the two states still have the ability to polarise dialogue, turn it into an argument. This means we tend to look for information from and ask questions of only those who agree with our world view.

Further, if you are pro-Palestine, you are generally asked to support action against Israel: to boycott Israeli products, whether they are oranges or ideas.

It's a lot more complicated than that, of course, but it brings me to three very interesting Israeli films &ndash; two documentaries and one feature film &ndash; screened in South Africa last week, with the sanction of the Embassy of Israel (immediately excluding one group of people), but which, in the case of the documentaries, also overtly challenged and criticised the Israeli state (potentially alienating another sort of viewer). 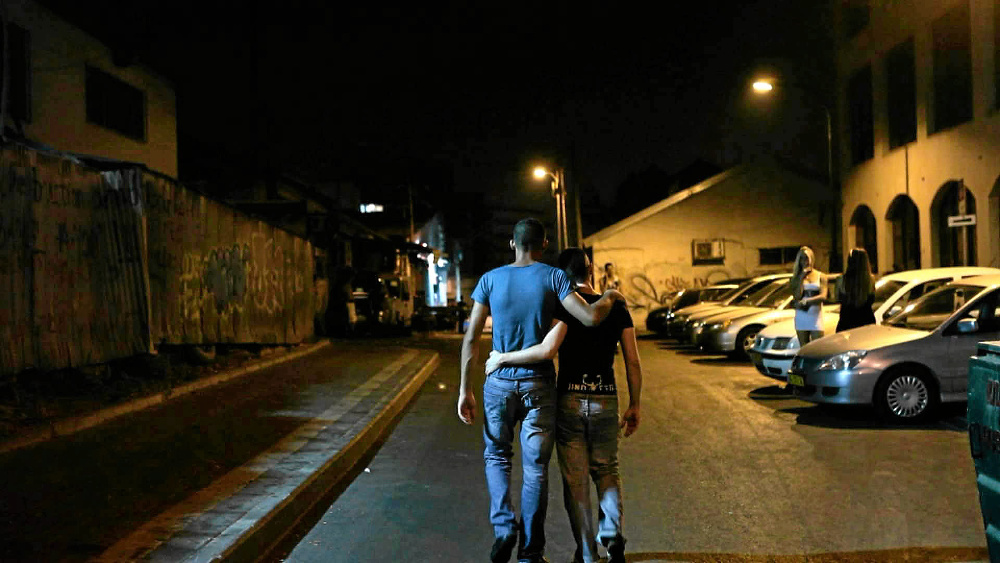 A  scene from Invisible Men

The murder of Abir Aramin

Michael Freeman, the deputy Israeli ambassador, says this is an example of Israel's strong demo-cracy. Others may see it differently; but the point is these films exist and they need to be seen by many people. Most importantly, by the people who don't want to see them.

"I'm not preaching to the converted," says director and producer Shelley Hermon, who came to South Africa together with filmmaker Yariv Mozer for the screening of their films. "This conflict is much more complicated than meets the eye. We over-identify with certain things, and not with others."

Hermon had been filming a group called Combatants for Peace (a joint Israeli-Palestinian initiative of former soldiers and fighters who have chosen to lay down their weapons) when the daughter of one of the organisation's founders &ndash; Palestinian Bassam Aramin &ndash; was killed by a rubber bullet that was fired by an Israeli soldier. The murder of Abir Aramin brought Bassam into contact with another father, former Israeli soldier Rami Elhanan, whose daughter Smadar was killed in a suicide bomb attack in Jerusalem a decade before.

"Rami knew Bassam," Hermon explains, "but they were not friends. [When Abir died] Rami was there for him immediately, and it became clear the film was about them."

Hermon did not film the time around Abir's death or the immediate aftermath, but her documentary Within the Eye of the Storm tracks the subsequent relationship between the two, their sorrow and their struggles &ndash; Aramin as he attempts to prove (in court) that the Israel Defence Forces (IDF) killed his child; Elhanan, as his teenage son decides to enlist in the Israeli army against his family's wishes; both men trying to spread a message of change and of nonviolence so that other parents may be spared the same pain.

"My independence, your Nakba," Elhanan says one evening (the Nakba is typically commemorated the day after Israeli independence day). "Do you think we'll ever be happy on the same day?" Aramin asks. 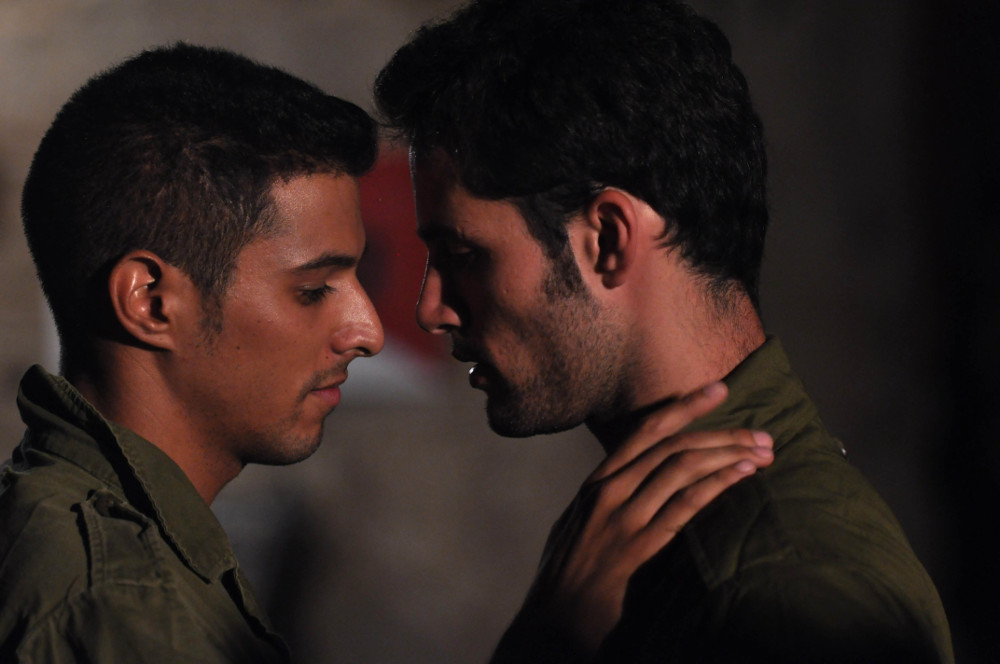 A scene from Yariv Mozer's drama called Snails in the Rain

Mozer's documentary The Invisible Men explores an entirely different &ndash; but not separate &ndash; facet of loss and identity and persecution as a result of the conflict: that of gay Palestinian men who, under threat of death from their families (in Palestine) flee illegally to Tel Aviv, where (as citizens of a "hostile" state), they cannot legally live, nor apply for asylum or assistance, and so they hide: they learn Hebrew, they wear a Star of David to blend in, they take odd jobs to survive; they learn to stay away from Jaffa (the Arab town, now in effect part of Tel Aviv), and how to slip back through the border posts each time they are caught and deported.

The documentary required something of a leap of faith from Mozer, who filmed for years "without knowing if I had a film" because he had undertaken to protect the identities of the Palestinian men involved, and would only be able to tell their stories if all of them gained asylum (in other countries) and were safe.

Mozer says that, though his initial intention was to raise awareness about these men within the gay community, as he continued to work on the film it also became an important statement about identity &ndash; something the central character, Louie, is forced to confront when he drives past Jaffa at night (hidden in the back of a taxi to avoid detection), nostalgic for his own people, his own culture; and when Louie has to choose whether or not to stay (illegally) in Israel, or make a new home in a completely foreign land. "Why don't I have rights?" Louie asks one night, saying that there is an Israeli stamp on his birth certificate &ndash; only, he was born in Nablus, not Tel Aviv. One hour and worlds apart.

"When we describe our own identity, then we understand how similar we are," Mozer says. "The deep love of language, the climate, the culture. This is something we share, and we don't understand we share."

Mozer's second film, a feature drama called Snails in the Rain, also deals with identity &ndash; in this instance, a former Israeli soldier, now student, who is taunted, tormented even, by anonymous love letters from another man, which challenge his own closeted sexual identity (language plays an interesting role here; Hebrew has clear masculine and feminine structures, so the typewritten missives give away little, except the gender of the author). Some of the scenes play out during the main character, Boaz's, military service. Mozer says he had served in a combat unit in the IDF, and that it was "important the actors [in the film] had done the same. I can immediately notice the difference. You know from very small behaviours, from the way he wears his clothes, the way he talks."

It's a further reminder that, in Israel &ndash; positioned one way or another, depending on which papers you read or which channels you watch &ndash; the dialogue is far from homogenous, and even the territory of ideas, of idealism, is disputed.

Mozer, for example, continues to serve in the IDF &ndash; all soldiers are required to do annual reserve service, even after their call-up. "The change should be from the inside," he says. "There are things I will never agree to do, and by saying no it will be a significant message. [Israel] is my country. I love my country. I will change it from the inside."

Within the Eye of the Storm can be viewed online at withineyeofstorm.com and screenings for senior high school students can be arranged on request.