Bakkies Botha returns from injury to play for Springboks 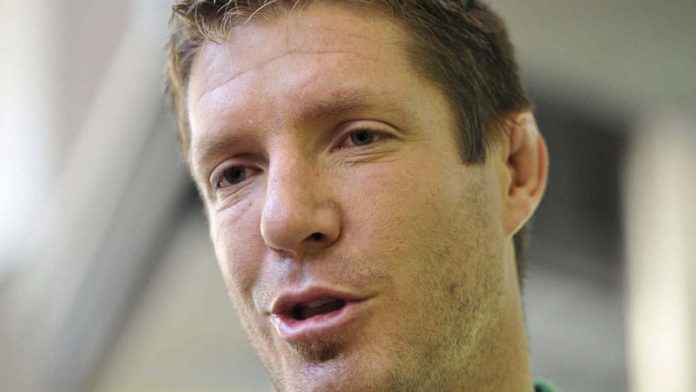 South Africa second row Bakkies Botha is set to play his first Test for the Springboks in more than two years after being named on Thursday in the team to play Scotland.

The 34-year-old lock won the last of his 76 Test caps at the 2011 World Cup in New Zealand, where his time at the tournament was cut short after he injured himself against Namibia in the pool stages.

The injury delayed his debut for French club Toulon but, after impressing in the Top 14, Botha found himself recalled for the Springboks' European tour by Heyneke Meyer.

JP Pietersen is set to win his 50th cap at Edinburgh's Murrayfield on Sunday, becoming only the third Springbok wing to reach the landmark after Breyton Paulse and current team-mate Bryan Habana.

In all, Meyer made five changes to the starting line-up following last weekend's 24-15 win over Wales in Cardiff.

Rotational change
In the backs, Willie Rous starts at full-back with Pat Lambie, who wore the No 15 shirt against Wales, at fly-half in place of Morné? Steyn.

A final decision on the fitness of Steyn (back) and Willem Alberts (shoulder) will be made on Saturday.

If openside flanker Alberts is unfit to start, Siya Kolisi will take his place.

Marcell Coetzee has been included on the bench in another rotational change with Kolisi, who will sit it out if Alberts is passed fit.