One toilet to every 100 pupils, finds study 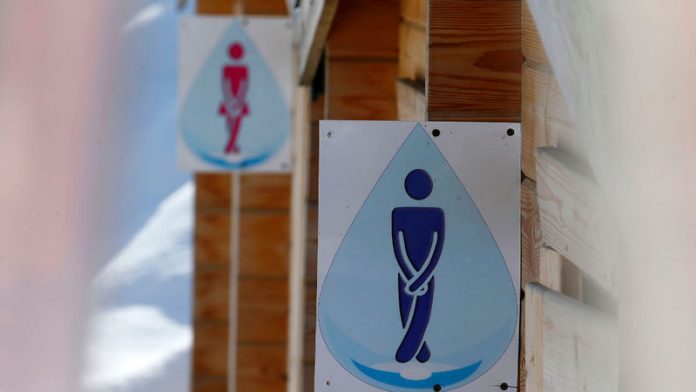 Nongovernmental organisation Equal Education (EE), which recently conducted an audit of high schools in the Johannesburg township of Tembisa, has found that more than 100 pupils have to share a single toilet at over half of the high schools in the area.

"A lot of these toilets are dirty and disgusting. The plumbing is a mess, there is water everywhere, and they are old and smelly," EE facilitator Lerato Morotolo told the Mail & Guardian.

EE conducted the audit of 11 of the 14 high schools in Tembisa between August 26 and September 6.

A grade 12 pupil at Zitikeni Secondary School, Thabang Mabuza, told the M&G that the plumbing for the toilets is broken, which results in "the smell spreading all over the school".

"The pupils in classrooms close to the toilets can’t concentrate because of the smell," he said.

There are three blocks of toilets at his school, he said. In each block there are eight toilets. About three of these do not flush and two of them are simply not useable.

"There are also no basins to wash our hands, which means there is poor hygiene at our school," he said.

No toilets
EE said on Monday night – a day before the United Nation’s World Toilet Day – that in some schools, there are days where there are no functioning toilets at all.

"No pupils reported having regular access to toilet paper or soap … Many schools have broken or non-functioning taps; sometimes there is no water supply … Many schools do not have sanitary bins. In those that do, the sanitary bins are often full, resulting in students throwing their sanitary pads on the floor."

It said girls and boys "feel violated and unsafe due to the lack of doors or locks on doors".

Morotolo said because a great deal of toilet doors don't work "and there’s no toilet paper or taps, a lot of girls just don’t come to school when they are menstruating".

EE gave the Ekurhuleni North Education District Director the findings from the audit last month and asked the Gauteng education department to create an action plan to address "the crisis". It wants the plan to "establish standards for the supply of sanitation materials, maintenance and monitoring" and "provide timelines as to when schools will reach these standards" among others.

Action plan
The department has agreed to meet with EE next week, the organisation said, but has not responded to the request for an action plan.

The department had not responded to the M&G’s questions at the time of publication.

Co-head of EE in Gauteng, Adam Bradlow, said the audit was conducted after consultations with EE members at schools across Tembisa revealed that sanitation was one of their biggest concerns.

Inadequate school infrastructure in poorer provinces such as the Eastern Cape and Limpopo have been widely reported. It was "disappointing then that we found these problems in the wealthiest province in the country", Bradlow said.

Poor school infrastructure has been a hot topic this year after EE campaigned successfully to get Basic Education Minister Angie Motshekga to publish norms and standards for school infrastructure. The norms are supposed to give specifics for what a school should look like, and will provide a way for schools to hold provincial education departments accountable for providing adequate buildings, lights, water and security among other aspects.

A final version of the norms is due to be published on November 30.