Athletes go from running to marching 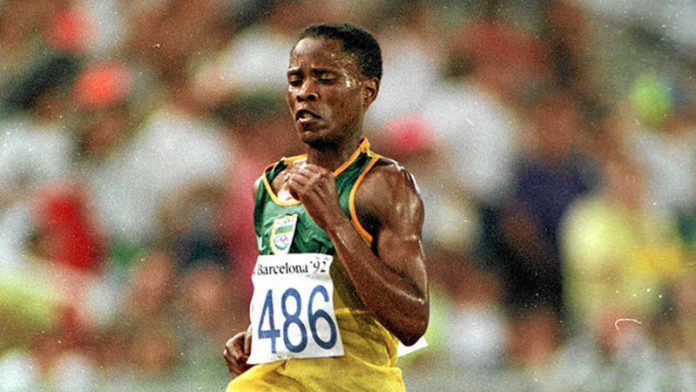 Xolile Yawa has fond memories of running in South Africa in the 1980s. It was, after all, the golden era of South African athletics and a period during which he won a record nine national 10 000m titles. In 1987 he defeated his idol, Matthews Temane, and Matthews "Loop-en-Val" Motshwarateu in the Momentum Life half-marathon in Bedfordview.

But it is not just the recollection of these sterling performances that he cherishes. Yawa, now 51, clearly remembers the vibrant atmosphere that surrounded South African athletics at the time. "The races that we ran, they were races which attracted thousands of participants," he said. "The weakest of races attracted around 700 athletes, with the big races going up to 5 000, 7 000, even 8 000. Every race was like the Comrades Marathon – we used to fill stadiums with supporters. It was like a soccer match – 22 players plus 60 000 people."

According to Yawa, who famously won the 1993 Berlin Marathon, athletics in the country has since lost its shine because of the much-publicised controversies that have plagued its administration. In an effort to change this, he recently organised a march to the Athletics South Africa (ASA) headquarters in Houghton, Johannesburg, under the banner of the Legendary Athletes of South Africa (Lasa).

Yawa is adamant that, when he founded Lasa last year, he had no intention whatsoever of "interfering" in the running of athletics.

"Many of the athletes who ran during the apartheid era did not receive any kind of remuneration, as a result of which most of them are really struggling. Our reasoning behind forming the organisation was that we could train them in various skills and co-operate with the department of sport and recreation to get them involved in development and coaching," he said.

"But as the administration of athletics in this country became worse and worse, I received calls from many athletes and other people asking why we were silent on these issues. At first we maintained that this wasn't our territory, but then the noise became louder and louder until we were forced to do something."

"Athletics in this country is not going anywhere under the current circumstances," said Yawa. "We almost didn't send a team to the World Youth Championships; we managed only a single medal [Johan Cronje] at the IAAF [International Association of Athletics Federations] World Championships this year; there is no development happening; some athletes are not even getting stipends, yet they are dependent on athletics to make a living. We can't let this go on without trying to do something about it."

The march culminated in the handing over of a memorandum to Ramaala, stating that ASA is "technically bankrupt". "Ever since the board was elected, they have not managed to secure a single sponsor for ASA … This has led to the terrible financial position in which ASA currently finds itself," the memorandum states, describing ASA's public image as being in "tatters". "The continued infighting among the board members of ASA that has played itself out in the public arena has only helped to tarnish the image of ASA."

But Evans dismissed the allegations. "If we have lost credibility, it is because the media won't focus on the positive work being done by a lot of people but instead merely repeat unsubstantiated allegations by opportunists," he said.

"Despite all these machinations, the sport continues. Competitions are held every weekend. Since July, we have sent teams to all international championships, and national championships have been held. Fixtures have been finalised for next year. Our office has got on top of the administrative mess which was created earlier this year. We are meeting our obligations to the IAAF. The senior leadership of ASA are working well together."

Evans denied rumours that 12 ASA provinces had called for a special general meeting on November 29 (a day before ASA's annual general meeting) to consider a motion that the incumbent board be removed.

"We have not seen any correspondence from these provinces to back that allegation," he said. "Boland Athletics alleging that these members have called for a meeting does not hold water, as they are not authorised to speak on everyone else's part and have not produced any evidence to back the claim that the 12 called a meeting."

The representatives of three ASA provinces declined to confirm or deny that the meeting would take place. Former South African women's high jump record holder Desiré du Plessis, who participated in the march, said they were probably afraid of the consequences. "They're scared that Evans will sue them and try to stop the meeting from happening."

Du Plessis is a founding member of the recently formed South African Athletics Association, a union for athletes and coaches. "With the sport being so over-administrated, you find that the voices of the coaches and athletes are often excluded from the process. This is exactly what's happened with ASA – we don't hear the voices of the athletes and coaches and we need a union which makes them heard." She said she joined the march because she strongly objects to the status quo. "There is no governance – all principles of good governance have been thrown out of the window. The first step is for athletes to take back their power. Athletes don't want to govern sport, but should have a voice."

Du Plessis is a good friend of Yawa and hinted that she would like to see him serve on the ASA board or even lead it. "This is a man with so much integrity – it would be so wonderful to have him there."

But Yawa said he would prefer to focus on growing the hospital management company he co-owns. "I respect that position [ASA president]; it's big and it needs a highly responsible person. I just want to do something for athletics … to get it back to where it used to be: where stadiums are filled with spectators, 5 000 people participate in a race and every kid is able to run, even if it's just for fun."