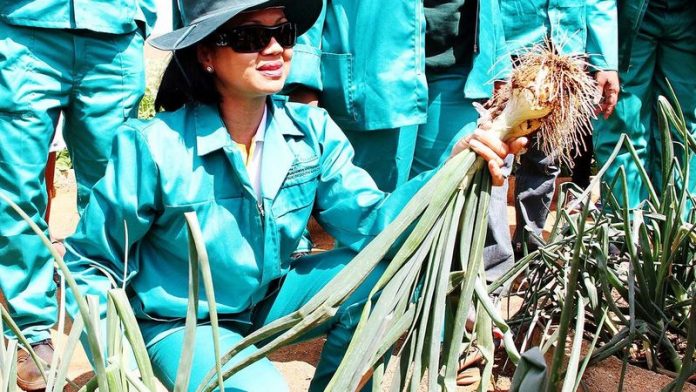 "Our first priority is to have early-warning systems for farmers and to get them to respect them," Agriculture Minister Tina Joemat-Pettersson said on Tuesday. "We warned farmers the drought was imminent but if they doubt the credibility of the information then they're not going to do anything."

The harvest of white corn, used to make one of the country's staple foods, fell 20% in the year ended April to the smallest since the 2007 season after a drought in the main growing provinces, the Crop Estimates Committee said on November 29.

Grain SA, the nation's biggest representative of commercial farmers, said prices may surge as much as 27% if the North West province does not get more rain to enable farmers to plant by December 15. The government of the region, which produced a third of the country's white corn in 2012, declared a drought in September.

The state provided R43-million rand in a "first tranche" of drought aid to the North West, Joemat- Pettersson said. The government is also concerned about a lack of rain in the Northern Cape, where table grapes are grown for export, and in the north of KwaZulu-Natal, where sugar cane is harvested, she said.

"We're still concerned it's taking too long," Joemat- Pettersson said."By the time the assistance gets to farmers, the situation is already out of control."

White-corn futures have climbed 23% in Johannesburg this year. They rose 1.4% to R2.62 by the close on Monday. Contracts for the yellow variety have increased 18% this year to R2.63.

South Africa is the world's biggest exporter of whole oranges and grapefruit, according to US agriculture department data compiled by Bloomberg. It's also the continent's largest exporter of table grapes. Agriculture makes up about 2.2% of the nation's gross domestic product, government data show.

The country, which the government says is the world's 30th driest nation, consumes 98% of the water it treats and forecasts demand will outstrip supply "between 2025 and 2030," according to National Treasury projections. – Bloomberg

You too can win on the JSE

After being cleared by the ANC’s internal ethics committee, prominent politicians from the Jacob Zuma’s administration are back in Parliament
Read more
Politics