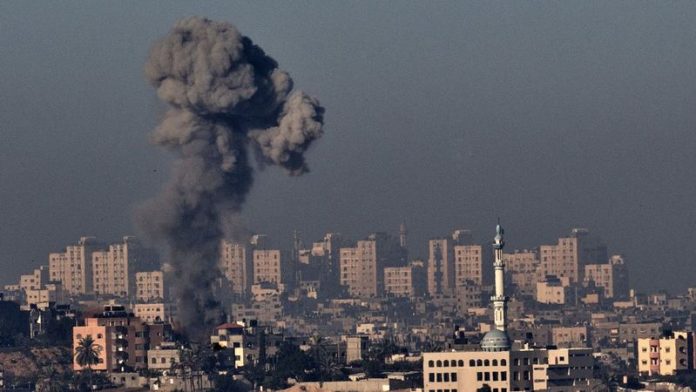 A South African delegation in Gaza, which was stranded at the closed Rafah crossing at the Egyptian border this week, has been allowed safe passage into Cairo following an intervention by South African officials from the department of international relations and co-operation (Dirco).

The 19-member delegation travelled to Gaza a little over 10 days ago in an effort to provide humanitarian aid to the strip. But the journey home for the South Africans was stymied at the Rafah crossing, between Gaza and Egypt. The crossing remains closed, indefinitely, by the Egyptian military.

Dirco spokesperson Clayson Monyela said the group was told they would only be allowed to cross into Egypt sometime around January 6, and were essentially stranded in the Gaza strip.

The South African embassy in Egypt then intervened to negotiate with the military to allow the delegation safe passage. Around 2am on Wednesday, Monyela tweeted that the border would be opened for the group at 6am on the same day.

@ClaysonMonyela:The South Africans stuck in Gaza will cross the border into Egypt at 6AM. Our Ambassador to Egypt intervened #SainGaza

Plight of the Gaza people
Media Review Network's chairperson Zaakir Ahmed Mayet, told the Mail & Guardian on Wednesday afternoon that the group had crossed the Egyptian border safely and were expected to arrive at OR Tambo International Airport on Thursday afternoon.

"We applaud and thank the Dirco for the timely assistance," he said.

Mayet said he hoped the delegation's ordeal would highlight the plight of the Gaza people.

The group travelled to Gaza following escalating calls from across the world – most recently by Russia – for an end to the "siege".

“The delegation went to give moral support and to provide small amounts of aid. Our vice-chairperson, Aayesha Soni, a medical doctor, was among them. We were able to provide some medical support to those in need, and the group spent time working with disabled children."

He said the group left Gaza in high spirits but their departure was "emotional". Mayet hoped their ordeal would draw attention to the situation in Gaza.

"In Gaza, 1.8-million people don't have electricity. About 80% of water in Gaza is not drinkable and is one of the causes of the high rates of renal failure in the area.

"Our view is that the policy of collective punishment cannot be used to justify any political situation, and the siege of Gaza must come to an end, immediately," Mayet said.