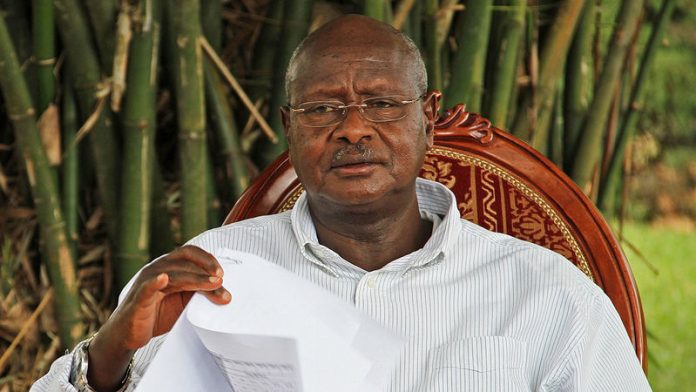 Uganda's Parliament adopted the Bill on December 20. It will see repeat offenders jailed for life, sparking an international outcry as lawmakers hailed it as a victory against "evil".

"There has been pressure from religious leaders and Parliament to sign the Bill into law," presidential spokesperson Tamale Mirundi told Agence France-Presse, adding that Museveni "won't rush to assent the Bill before he studies it" fully.

"President Museveni is a practical president, he takes decisions based on analysis and not on how many support or are against it," he added.

Deputies voted overwhelmingly in favour of the text, which has been condemned by rights activists and world leaders – with US President Barack Obama describing it as "odious" and Nobel Peace laureate Desmond Tutu comparing it to apartheid.

But gay rights activists in Uganda say the legislation has widespread support in the fiercely homophobic nation. An earlier draft not approved by Parliament had proposed the death penalty for repeat offenders.

Some Ugandans have raised concerns that donor aid could be restricted if the Bill is signed into law, while British tycoon Richard Branson has urged companies to boycott Uganda over the draconian Bill.

Ravina Shamdasani, a spokesperson for the UN High Commissioner for Human Rights, has warned the law "would reinforce stigma and prejudice, and institutionalise discrimination".

Homophobia on the rise
Homophobia is widespread in Uganda, where American-style evangelical Christianity is on the rise. Gay men and women in the country face frequent harassment and threats of violence, and rights activists have also reported cases of lesbians being subjected to "corrective" rapes.

In 2011, prominent Ugandan gay rights activist David Kato was bludgeoned to death at his home after a newspaper splashed photos, names and addresses of gays in Uganda on its front page along with a yellow banner reading "Hang Them".

Aids activists say the law will prevent gays from having access to essential public health information, such as how to protect themselves from HIV and how to access life saving treatment and support services. – Sapa-AFP

COMMENT: For all Bobi Wine’s evident popularity, it remains to be seen if he can build a political machine capable of posing a serious threat to Uganda’s president
Read more
Advertising
Continue to the category
Politics