Trickle of aid brings some hope to desperate CAR 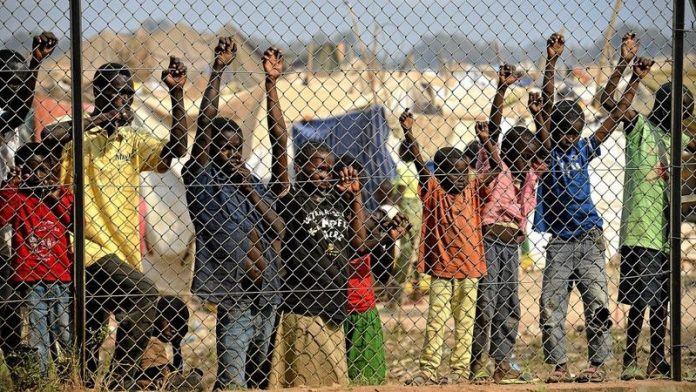 An estimated 100 000 people holed up at an airport in the Central African Republic (CAR) gained some respite this week when aid workers delivered food after a three-week impasse.

Families have sought refuge at a makeshift camp at M'poko Airport in the capital, Bangui, as a wave of killing and looting continues in the country. Nearly a million people have been driven from their homes.

With food aid cut off by insecurity – two previous attempts to deliver supplies had to be aborted – tensions had been rising at the camp. But the resumption of supplies enabled rations to reach 5 490 people on Tuesday, the UN's World Food Programme (WFP) reported. The WFP plans to reach everyone at the airport in 10 days.

Civilians stood in long queues in punishing heat to secure food and other supplies. The WFP thanked French troops for securing the distribution site at the airport and African Union peacekeepers patrolling the area.

The distributions include rice, oil and sugar as well as buckets, tarpaulins and water containers.

Civilians seeking sanctuary at the airport have been forced to construct tents from bedsheets, tarpaulins, palm leaves and cardboard strips in an effort to gain some measure of privacy and protection from the weather.

'Complex site'
Archbishop Dieudonné Nzapa­lainga, who attended the aid distribution, told Reuters: "The airport site is very complex. It isn't easy to manage more than 100 000 people. We tried it twice before and each time it was a failure."

This time "we dared to say to people to organise themselves to respond to the appeal of aid workers and help them to do their work", he added.

Security has deteriorated dramatically in the CAR since a largely Muslim rebel group, the Seleka, seized power in a March coup. Its attacks on civilians have triggered reprisal attacks from mainly Christian militias.

Thousands of people have been killed, villages have been burned to the ground and widespread abuses, including the reported beheading of children, have occurred. Amid warnings of deepening catastrophe, an increase in African and French peacekeepers appears to have had little impact.

Health and welfare systems, already decrepit, have all but collapsed. The WFP has appealed for nearly $107-million to increase food distribution to help up to 1.25-million people from January to August.

Aid agencies are also tackling an outbreak of measles, with at least seven cases confirmed, including three at the makeshift camp at the airport. Médecins Sans Frontières said it was vaccinating 68 000 children in five camps in Bangui to prevent an epidemic. – © Guardian News & Media 2014