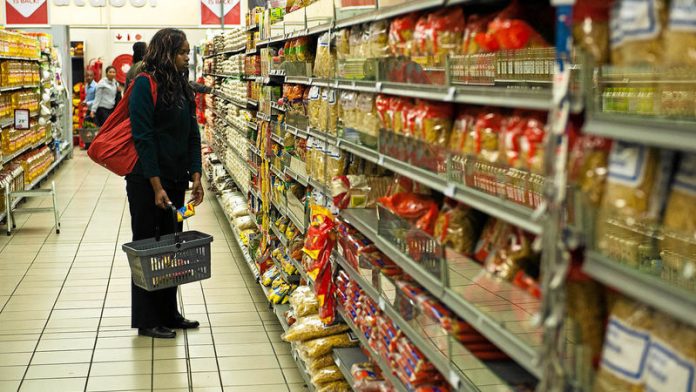 South African consumers are under pressure and have been for a while. This week's latest retail sales snapshot is likely to be disappointing as a result. Similar reports from the US and UK are unlikely to be much better. But there is probably some good news on tap for global markets this week. Here is your guide.

Analysts at 4CAST expect South Africa's retail sales to have slowed to 1.1% year-on-year growth in November from a 1.3% growth in October. South African consumer confidence slumped to its lowest level in 20-years in 2013 and rising living costs, poor job prospects and tighter unsecured credit are expected to keep retail sales subdued this year as well.

Trade data will come into focus on Friday. The South African Chamber of Commerce and Industry will release the results from their December trade conditions survey and the South African Revenue Service will report detailed trade figures for October.

Policymakers at the Central Bank of Kenya (CBK) will announce their latest rates decisions on Tuesday. The CBK's monetary policy committee left the country's benchmark policy rate on hold at 8.5% at its November meeting and is likely to remain cautious this week.

Kenya's economic growth has been slightly below expectations, but prospects are improving, boosted by high levels of confidence, strong construction activity and increased electricity availability. But despite moderating during the October to December period, upside risks – including increased government spending, domestic credit growth and a depreciation of the shilling – to the inflation outlook remain.

United States
After Friday's much weaker than expected monthly jobs report, which raised fresh questions about the strength of the world's largest economy, economists and investors will be scrutinising the items on this week's economic calendar particularly closely.

America's data week will kick-off on Monday with the US treasury's monthly budget report. Analysts expect the figures to show that Uncle Sam racked-up a $44-billion surplus in December, a month in which the US typically shows a deficit.

On Tuesday, attention will turn to December's retail sales report. Consensus is that, on a monthly basis, sales remained flat in December after rising 0.7% in November and 0.6% in October.

On Wednesday and Thursday, attention will turn to consumer and producer inflation. Wednesday's producer price index report will probably show that prices at the factory gate rose 0.4%, month on month, in December after falling 0.1% in November. Consumer inflation likely rose 0.3% over the same period after November's flat reading.

Closing out the week on Friday, attention will shift to housing starts, industrial production and consumer sentiment data. The pace of new home construction likely fell to a seasonally adjusted annualised rate of 985 000 units in December from just over a million in November. Industrial production probably rose 0.3% from October to November. The Reuter's/University of Michigan's consumer sentiment index may rise to 83.5 in January from 82.5 in December.

Finally, on the corporate front, a number of major US banks will report results this week, including JP Morgan Chase and Wells Fargo on Tuesday, Bank of America on Wednesday, Goldman Sachs and Citigroup on Thursday and Morgan Stanley on Friday. Other big names to watch over the coming days include American Express on Thursday and GE on Friday. These companies' results will help analysts to assess the reasonableness of their 2014 earnings forecasts.

On Tuesday, the UK will release its latest inflation figures. Economists expect a slight rise in utility prices to offset a decline in food prices, raising the country's overall consumer inflation rate to 2.2% in December from 2.1% in November.

The UK's strengthening economy is stoking speculation that the Bank of England may be forced to raise interest rates sooner than Governor Mark Carney anticipated. With inflation expected to come in slightly above the central bank's 2% target, Tuesday's release may provide some welcome wiggle room to policymakers.

The eurozone's November industrial production figures, also due out on Tuesday, are expected to show some welcome signs of strength after disappointing readings in October. Industrial production has been strong in Germany – the continent's industrial powerhouse – and manufacturing purchasing managers' index readings for the eurozone as a whole rose to a 31-month high in December.

The UK's office of national statistics will release December's retail sales figures on Friday. Analysts are expecting lacklustre figures. A report from the British Retail Consortium released last week showed that shoppers spent a mere 1.8% more in December 2013 than in December 2012, down from 2.3% year on year growth in November.

Asia
Investors will be keeping a close eye on Thailand on Monday. After two months of periodic anti-government demonstrations, protestors have vowed to shut down the country's capital, Bangkok, on Monday. Their goal is to stop February elections that are expected to return the country's ruling party to power. Thailand's turmoil has already taken a heavy toll on the country's tourism sector and recent data showed that consumer confidence has fallen to a nearly two-year low.

Elsewhere in the region, markets will be on the lookout for two key data releases in Japan on Thursday. Japan's Cabinet office will release November machinery orders data and the country's central bank will report on corporate inflation.

Economists surveyed by Market News International (MNI) forecast a 1.4% monthly rise in core private sector orders – which exclude electric utilities and ships – following October's 0.6% rise. The Cabinet office has said that it expects core orders in the October to December period will fall 2.1%, quarter on quarter.

Markets expect the Bank of Japan's corporate goods price index (CGPI) to have risen for the ninth consecutive month in December. Analysts expect Thursday's release to show that the CGPI rose 2.7% in December from a year earlier, the same increase recorded in November.

Amid the headwinds created by the Covid-19 pandemic, it’s time the Aloe ferox, which survives in dry, harsh conditions, is nurtured — but the options are limited
Read more
Advertising
Continue to the category
National