TV : Take the rough with the sleuth 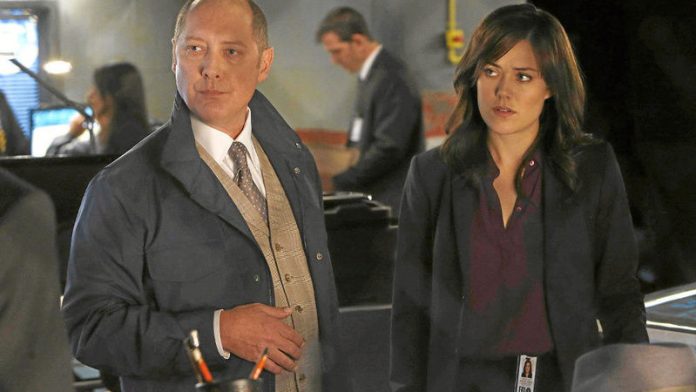 From the outset, there are two important things to know about The Blacklist: it has James Spader in it, and he plays a bad guy.

Spader, like an American version of Benedict Cumberbatch, has made a career out of portraying characters who are both brilliant and eccentric.

Together with William Shatner, he was compulsively watchable in the otherwise mediocre series Boston Legal. This was an impressive feat, as in that series he was held back by the requirements of playing a "good" character, and by dialogue that was frequently mawkish and sentimental.

There are no such constraints in The Blacklist, in which Spader essentially plays a comic-book supervillain. His character, Raymond Reddington, is a criminal who possesses a network of subordinates, seemingly infinite quantities of money and information, and even a dapper manservant. He juggles an array of impossibly complex schemes, and does so with the strategic acumen of a chess grandmaster. He is, in short, a "criminal mastermind", of the sort that exists only in the fantasies of Hollywood screenwriters.

In the first episode, Reddington is captured by the FBI. But it soon emerges that this is all part of his plan, and that he intends to work with the government to capture or kill his criminal enemies. This is a group of masterminds, much like himself, that he refers to as "the blacklist".

But Reddington has one peculiar demand: he will only work with a novice agent, Elizabeth Keen (Megan Boone), who is beginning her very first day at the FBI.

The question of why a criminal genius such as Reddington would insist on working with an untested rookie is the central mystery that animates the series.

Unfortunately, although Boone is a fresh-faced and earnest actress, it's hard to avoid the sense that she's a weak point here. She's paired up with Spader in almost every scene, but she usually can't match his level of charisma.  Still, she does a passable job of playing Jodie Foster to his Hannibal Lecter.

The Blacklist has a lot of interesting ideas, so it's a bit disappointing to discover that it is, at heart, another one of TV's countless procedural crime dramas. There are two elements that have come to define the modern police procedural, and The Blacklist makes use of both of them: it sticks to a relatively rigid formula, and it features a brilliant lead character who solves crimes using something akin to magic.

In this case, Reddington's "know-ledge of the criminal underworld" fulfils the same function as the scientific jargon on CSI. It's a handy deus ex machina that can be used to solve each week's case without too much difficulty.

The individual episodes are taut and well constructed, the season-long mystery is interesting enough to warrant repeat viewing, and Spader is at the top of his game. He is at turns menacing, hilarious and sympathetic, often in the course of a single scene.

And yet, there's ultimately something inherently silly about The Blacklist. The series tries hard to evoke the paranoid style of 1970s cinema, painting a picture of a world in which criminals are all-powerful and the United States government is staffed by hapless do-gooders.

In this world, the only way that a government agency can accomplish anything meaningful is to surrender its sovereignty to a criminal Übermensch like Reddington. Thus Reddington tells Keen that governments and elections don't matter, because "multinational corporations and criminals run the world".

The result is that The Blacklist seems strangely out of touch with the current zeitgeist. It comes after years of leaks that have taught us that the US intelligence community is not a paper tiger, and in fact possesses a fearsome set of tools: the ability to eavesdrop on electronic communication in any part of the world, a secret kill list, and a fleet of drones.

The world of The Blacklist, with its cartoon supervillains and bumbling secret agents, seems almost quaint by comparison.

The Blacklist is shown on Tuesdays at 8.30pm on M-Net

Slice Of Life: ​In praise of ‘losing’

Think outside the boring TV box

Facts give lie to claims of SABC incompetence