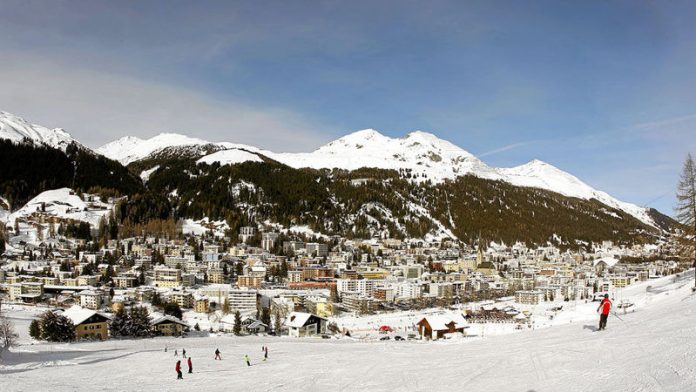 "Where can we find a cheap place to have supper tonight?" That was the question we put to a fellow traveller on board the third and final train from Zurich to Davos.

The small train moved slowly among the steep and breathtakingly beautiful mountain slopes and pristine lakes. It snaked its way downwards through tunnels towards the little town that would be our home for the week.

He was a warm, polite man and we had hung on to his every word since overhearing his loud phone conversation in English.

We had been travelling for about 36 hours and by now were too tired to try out our school-level French or German with the locals. All we wanted was some comfort and a hot meal in the chilly Alpine weather.

He sized us up and, with a weary smile, responded with his own question: "Are you staying in Davos Dorf or Davos Platz?" We mumbled that we didn't know the difference, but had an address.

After another once-over, he struggled not to be indelicate.

"Well then, it must be Davos Platz because most of the high-end hotels are in Davos Dorf and if you were staying there, you wouldn't care what the meals cost."

He gave us an embarrassed smile, looked away and wished us well. Somehow we managed to laugh with him.

So it was that we arrived in Davos on Sunday night, fully aware of our place in the world's pecking order.

The theme for this year's World Economic Forum is the reshaping of the world – the consequences for society, politics and business.

One of the discussion points will be inequality, something the leaders have identified as a major global risk in 2014.

So how will leaders tackle inequality as they gather in this, the richest square mile on the planet (at least this week, anyway)? Fact is, they'll scarcely feel the biting cold as they make their way from their swanky hotels to the heated congress centre.

We in South Africa are in familiar territory, even though the weather is worlds apart. We know all about the widening gap between rich and poor.

When Nelson Mandela made his first foray to Davos in 1992, he deplored the great extremes that existed in apartheid South Africa.

That divide is still with us, despite efforts to bridge it. We will be listening with keen interest to world leaders as they try to find a solution. But our own president has decided to stay home, citing pressing domestic issues and the fact that it's an election year. His deputy, Kgalema Motlanthe, hasn't made the trip to Davos either.

Instead, Finance Minister Pravin Gordhan will do South Africa's bidding.

Maybe he will notice a few things as he moves around this Swiss village. There's no denying the glaring differences between our infrastructure at home and the 21st-century setup here in Europe.

Take, for example, travelling to Davos, a secluded enclave deep in the Swiss mountains. It's the Alpine version of Lusikisiki, but it's easy to reach by both road and rail.

It can't have been easy to build this kind of network through mountains and snow, yet it was done.

Imagine if some of those most beautiful parts of our country, whether in Limpopo or on the Wild Coast, were so easy to access. Building that infrastructure would create thousands of jobs. Once built, those roads and tracks would reduce the time it takes to transport goods and people. Trade and tourism would flourish.

This increased movement would make us efficient and competitive, fattening our country's bank balance.

Imagine the benefits to those mines or schools in Limpopo – or those tourist resorts on our rugged shores. Boosting infrastructure has been on the lips of our country's leaders for many years now.

It's time for us to build it. That's one way, if you will, of bridging the gap between those on either side of the tracks.