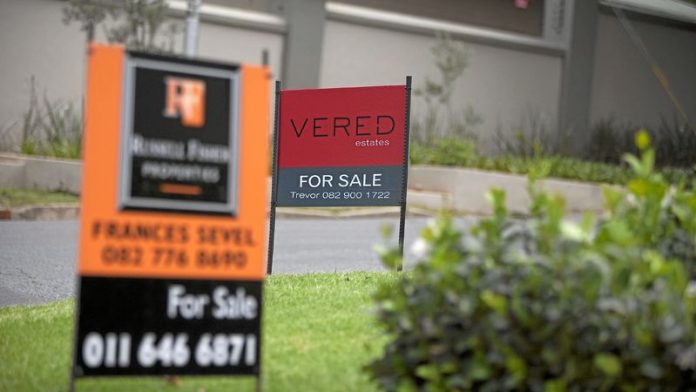 The South African property market is gaining momentum, with house prices set to increase in 2014 and buyers bucking the trend of low consumer confidence.

Property analysts forecast that the upsurge will be between 7% and 9%. This will be the third year in which property prices have increased, following four years of price decline sparked by the recession in 2008.

According to the most recent FNB estate agent survey, which includes responses from 150 agents in six major metros, people are also starting to sell their houses for more positive reasons than they did in the past few years.

"South Africa's 'oldies' have been estimated to be the key driver of property sales in recent times, selling in order to downscale due to 'life stage'," said John Loos, a household and consumer sector strategist for FNB.

They currently account for 21% of the property sold in the country, according to the survey.

But there has been a recent rise in the percentage of sellers "selling properties in order to upgrade", up from 17% to 20% last quarter, Loos said. "We may be only a quarter or two away from that motive becoming the strongest single motive for selling property."

These people made up an estimated 14% of total sellers, down from 16% in the previous quarter "and the lowest percentage since we started this survey back in late 2007", Loos said.

This slight recovery comes despite consumer confidence plunging to a 10-year low at the end of September, and consumers feeling the pinch of muted incomes and less unsecured credit being made available.

In Loos's opinion, the behaviour is spurred by consumers' expectations that interest rates will remain low and stable.

"People's perception of risk is based on the past more than anything else," he said. "They behave as if interest rates will stay the same because they have been the same for a while. They forget about the recession and the last interest rate hike."

Nevertheless, according to Jacques du Toit, a property analyst for Absa bank, caution persists in the property sector.

Economic growth not great
"Economic growth is not great, consumer confidence is at a 10-year low, we have seen what happened in the labour market last year, income isn't that strong and there are inflationary pressures such as under-recovery of fuel prices," he said.

These factors will mean existing homeowners are still unlikely to buy second or third properties. First-time buyers may also hold out for longer and rent or stay with parents instead.

With inflation projected to hover around 6% this year, the price of homes will increase only marginally. Will the returns be enough for investors to stay put? Yes, according to Du Toit.

Buying to let
With the economy on a go-slow (predicted to rise from about 1.9% growth to less than 3% this year) and disposable income at a minimum, investment property owners will focus on deriving rental income rather than expecting significant capital returns.

"I think most people in the property market will stay there and focus on income," Du Toit said.

According to the 2013 fourth quarter Rode's Report on the local property market, there are also "a few pockets of decent growth" in office rental.

In Du Toit's opinion, the market is sufficiently attractive for new entrants.

"I believe property is not really overpriced at the moment," he said. "If investors want to get in, it's not a bad time."

All eyes on interest rates
Much of what happens to property prices in 2014 will depend on whether interest rates remain unchanged — as they have since Reserve Bank governor Gill Marcus announced a surprise rate cut in July 2012.

"Interest rates are expected to remain low for longer in the weak economy. That should be a supporting factor to the property market," Du Toit said.

Most economists share the view that rates will remain unchanged this year and possibly into next year as well, even if additional inflationary pressures hit.

Unchanged interest rates would have more of a psychological effect on consumers than anything else, Du Toit said. The monthly payment on a R500 000 house would only increase by R200 if the current 5% repo rate was raised by 50 basis points.

"But if that happens, it will tell the consumer that the trend forwards is gradually upwards," he said, which would have the effect of making investors more cautious.

The expectation that property prices will rise is propped up by weak building numbers, which have remained low for the past four years and recently slumped even more.

"Residential building activity has surprised on the downside in 2013," according to the January FNB house price index and 2014 outlook.

"The recorded number of residential units completed for the first 10 months of 2013 rose year on year by a mere 3.2%, and the level of building activity remains not far above half what it reached at the height of the residential boom back in 2007."