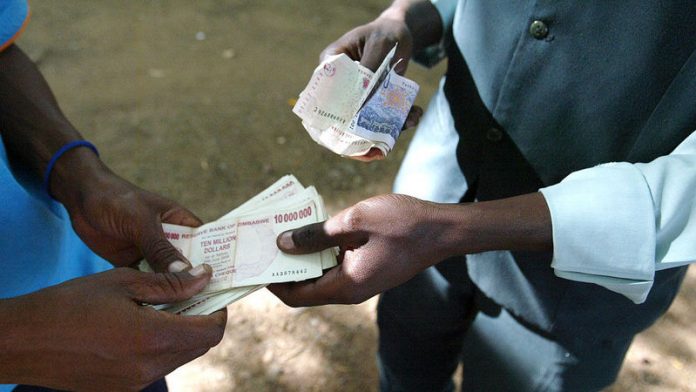 It's not just Wall Street or London's Square Mile where "fat cat" salaries trigger banner headlines and howls of outrage from activists and lawmakers.

In cash-strapped and deeply impoverished Zimbabwe, newspapers have kept their readers riveted for weeks with revelations about managers of state-owned firms pocketing millions of dollars in pay while the economy stagnates.

Some analysts suggest the government may be letting the stories run to distract the public from the parlous state of the broader economy.

But the revelations have tapped into genuine concern in the ruling party about the money soaked up by perennially loss-making state companies.

In a rare moment of political unity, Mugabe's ruling Zanu-PF and the opposition Movement for Democratic Change are calling for the worst offenders to be dismissed and arrested for abusing public funds at the parastatals, as they are known.

"An exercise has started through the office of the President and Cabinet to investigate the remuneration given to all parastatals," Chinamasa told MPs this week.

'Disguised theft'
At the Zimbabwe Broadcasting Corporation (ZBC), the nation's only broadcaster and a loyal Mugabe mouthpiece, chief executive Happison Muchechetere was suspended by the government in December after workers went seven months without pay.

Before his removal, Muchechetere was receiving $40 000 a month in pay and perks, while other executives drew hefty weekly allowances and had most of their bills paid by the ZBC, according to interim results of a government investigation.

Information Minister Jonathan Moyo labelled some of the payments "disguised theft" at a press conference this week.

A copy of Muchechetere's contract printed in the state-owned Herald newspaper on Wednesday fuelled the growing outrage.

It showed ZBC paid for his fuel, local holidays and four housemaids. The company gave him an unlimited entertainment allowance and a housing stipend even after it had paid off his mortgage, according to the paper.

Muchechetere could not be reached for comment. He told a privately-owned radio station after his suspension last month that he was "not bothered" by the accusations.

Town clerk suspension
Most city workers in Harare have not received their December wages, while the capital's 1.2-million residents endure a daily grind of burst sewers, water shortages, power cuts and bone-jarring pot-holes.

But Harare mayor Bernard Manyenyeni suspended the capital's town clerk on Thursday after a council salary schedule leaked to the local press showed he was on a base monthly salary of $37 000.

"The government would rather see this go on for a while because for a moment it takes the focus off the economy, which is in all sorts of problems," said Harare-based economist John Robertson.

Zimbabwe's central bank on Tuesday published an interest rate range guide for the money market to try and rein in large disparities in deposit and lending rates that it said were squeezing liquidity.

The country abandoned the Zim dollar in 2009 after hyperinflation rendered it worthless and adopted foreign currencies such as the US dollar and South Africa's rand, which left the central bank little scope to influence rates.

No support
International lenders have withdrawn financial support over policy differences with Mugabe, leading to a liquidity crunch highlighted by a demand for loans that is nearly three times deposits of $4.2-billion.

Money market rates have spiralled out of control as a result, with bank deposits attracting returns as low as 0.15% while borrowing costs are quoted as high as 35% – a prohibitive rate for farmers and manufacturers.

"The interest rate structure has turned out to be a double-edged sword, deterring both borrowers and savers from undertaking transactions in the formal banking system," acting Reserve Bank of Zimbabwe governor Charity Dhliwayo said.

"The low deposit rates offered by banks have conspired with high bank charges to militate against efforts geared at broadening the country's deposit base, which productive sectors ordinarily tap into," she added.

Informal banking
An estimated $2-billion continued to circulate outside the formal banking system as a result, Dhliwayo said.

The central bank proposed indicative yields of between 6.6% and 8% for short-term debt "to sanitise the country's interest rate structure" and allow the inter-bank market to operate smoothly.

But money market traders said the move was likely to fail as the Reserve Bank, saddled with debts of $1-billion, had no money to back its efforts, while its assessment of Zimbabwe's risk profile was too optimistic.

"They are trying to lower the country risk but it will only cause distortions in the market and no one will lend at those rates," the trader said. – Reuters