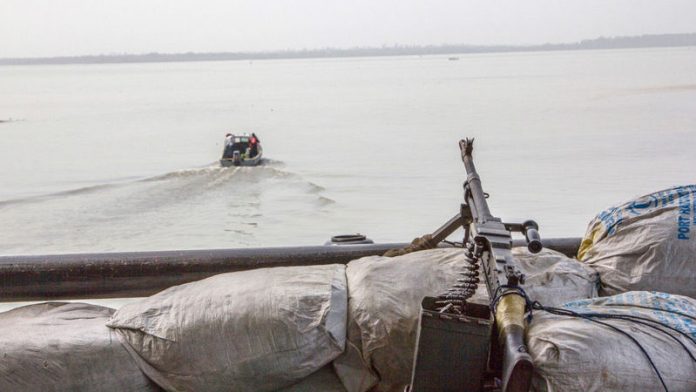 Nigerian police have rescued three Indian sailors who were kidnapped from a cargo ship off the coast of Equatorial Guinea last month.

"On 30 January 2014, this service in collaboration with the military rescued three Indians … No ransom was paid for their release," the SSS said.

Most acts of piracy in West Africa are carried out by Nigerian gangs who usually steal the cargo, which is often fuel, and rob or kidnap crew members. Nigeria is Africa's largest crude oil exporter as well as a major fuel importer, making it a busy and poorly secured shipping lane.

Hostages are usually transferred to hideouts in the crime-ridden creeks of the Niger Delta before being released once a ransom is paid, according to security experts.

Pirate attacks jumped by a third off the coast of West Africa last year, pushing up insurance costs for shipping firms operating in the key commodities export hub.

There are signs that the capacity of hijackers is growing after pirates attacked an oil tanker off the coast of Angola and sailed it to the Nigerian coast last month, in what was the most southerly attack on record. – Reuters