Mabeskraal, a village of 10 000 people in the North West, has not had piped water for three years. Officially, however, it does have access to water.

Its people are part of the 94.7% of the population that the minister of water affairs, Edna Molewa, says has "access to clean and safe drinking water". "Access" here means infrastructure, but not necessarily that water is flowing.

For John Kau, a lifetime resident of the village, not having water is a fact of life: "I can’t remember the last time we had water here. It has been such a long time."

He can’t grow anything in his yard, and shelters from the baking heat under a large umbrella as he pulls weeds from the ground. They are flourishing, thanks to the recent rains, and for once his four 70-litre rainwater tanks are full.

He moved out of his family home next to the tribal offices in 2002, to build his cream-coloured home. It is the house closest to the large reservoir near the summit of Mabeskraal’s highest hill.

"My pipe has waited for water but it is broken because it has waited for so long," he says. It lies in the grass, cracked and faded in the heat. The standpipe, installed by the municipality, is overgrown with weeds. He has access, but no water.

"In the time of [Bophuthatswana’s then leader Lucas] Mangope there was water," he says, squinting in the bright sun. The reservoir was built in the 1980s and always worked. Now it is silent and all the locks and pipes are covered in cobwebs. 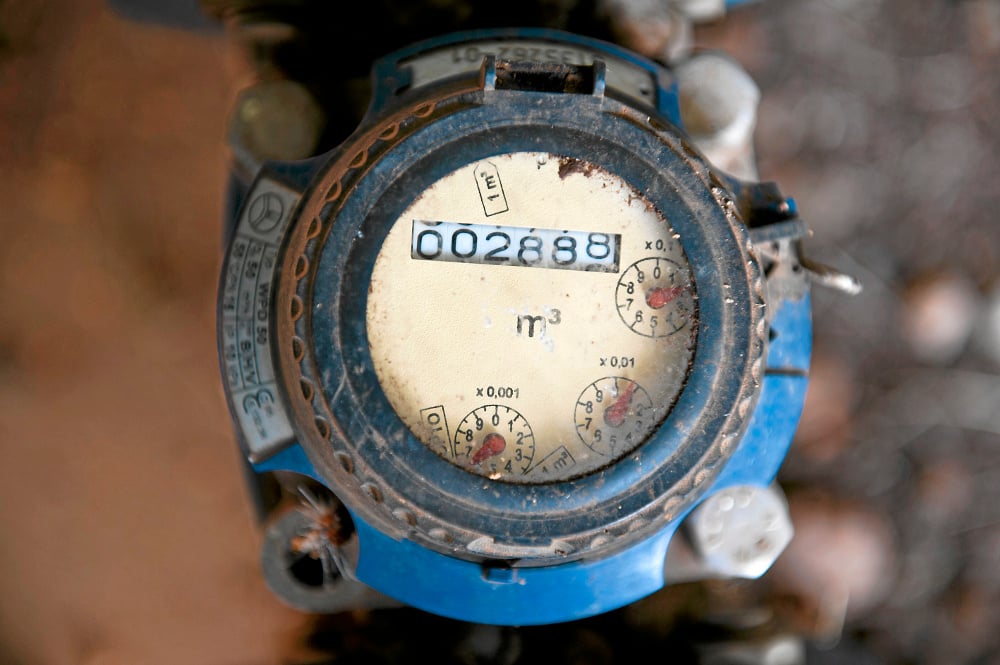 Some residents of Mabeskraal complain that they have not had water for at least three years, though the infrastructure such as water meters exists. (Delwyn Verasamy)

Protests
Kau knows about the water protests happening around the country, where people with access are complaining that they do not have water. Mothutlung – where four people were killed in water protests last month – is only 100km away.

"This is not a location [township]," he says. "We have discipline."

It is up to the chief to resolve the community’s problems, not the municipality, he says. An ANC meeting is happening at the tribal offices, but locals seem none too interested in politics. The election posters are for Agang, which has been vocal about water problems.

"We never see our politicians, so nothing will change. Our chief must help us, but he does not," Kau cries.

Nobody at the offices is willing to talk about the water woes, and they will not give the chief’s number out. The local district municipality is a fruitless place to search for answers. Several numbers ring repeatedly without answers. Locals say they can’t afford the airtime to try this.

Sputnik Ratau, speaking for the department of water affairs, says there are problems because the supply to Mabeskraal runs through a few villages where "uncontrolled access" disturbs the supply.

Issues with the operation and maintenance of infrastructure are also to blame, he says.

"When I have money I go down there [he points down the rocky hill to the main road that runs through Mabeskraal] to buy water. But I have no job so I walk over the mountain to the river for water. It is tough here."

This is a task that the last General Household Survey said 3.6-million people have to endure every day, relying solely on springs, water tankers and streams for their drinking water.

A total of 4.4-million in the survey said they did not have access to safe drinking water.

Ratau says the number is worse than that. "In terms of formal performance or delivery, 95% of households have in principle been served."

But 10% "are at present totally dysfunctional". This means that 85% of households have operational water services (this would roughly equate to 7.6-million people if household density was the same), but homes in poorer areas with less chance of flowing water tend to have more residents.

The department’s framework says a person has to receive 25 litres of free water a day, within 200m of their home, with a minimum flow rate of 10 litres a minute. "This is a major concern for the department and extensive focus is now placed on reliability of services," Ratau says.

The department has never publicly said this. The ANC has been campaigning for the upcoming elections on the fact that in 20 years of democracy it has given access to water to 92% of the South African population. 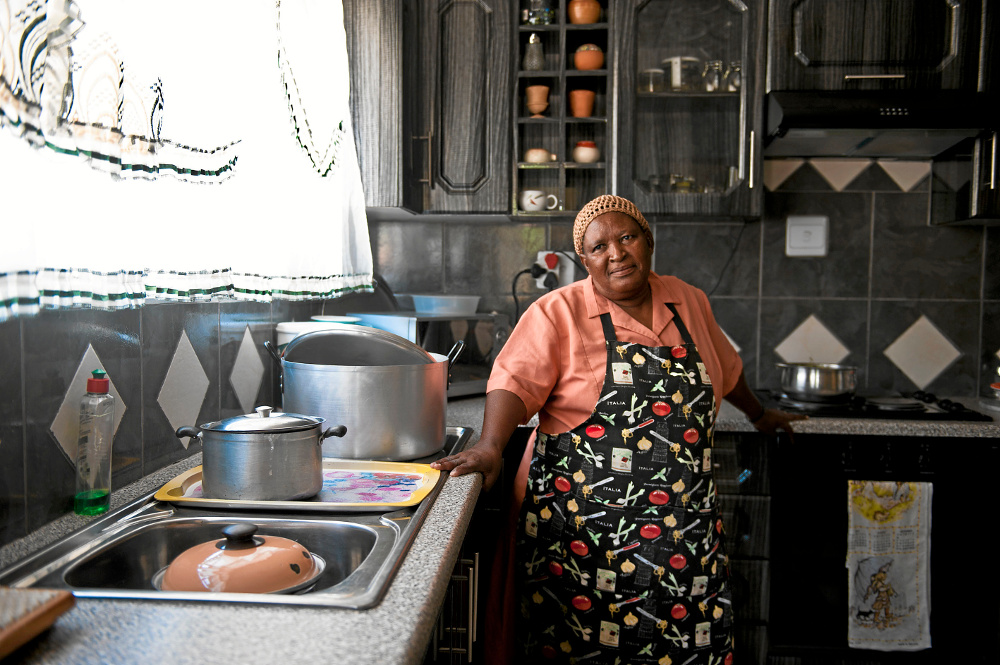 Some residents of Mabeskraal, like Constance Mogale, complain that they have not had water for at least three years, though the infrastructure such as water meters exists. (Delwyn Verasamy)

Mourning
Further down the rocky hill, Constance Kau – this is the local surname – is mourning her husband. For a year, custom forbids her from leaving home to see people or walk in sunlight. She’s eager to have guests and puts chairs on her immaculate stoep. "We have not had water here for maybe three years," she sighs, resting her arms on her chest.

The great-grandmother retired from her job as a domestic worker in Johannesburg last year and returned to her husband’s village to build a new home. Gutters were a priority, as well as rainwater tanks.

"People have problems like this all over the area. Sometimes they have water, sometimes they don’t. Here we have had no water for so long."

Her arms raised, she gesticulates as she talks, pointing across the wide plain where most of Mabeskraal is nestled under a canopy of acacia trees. Her new home is next to the corrugated iron shack her family of 10 lived in for two decades, with her travelling the 190km from Johannesburg every weekend to see them.

"I am the mama here. I must look after my family," she says. Her four daughters still live with her because they cannot get jobs, as are their children and her great-granddaughter.

In October, a month after the Mail & Guardian last visited the village, people came to read her meter and told her she would have water "soon". The meter is still frozen at 3 183 cubic metres. "They keep promising we will have water, but we know we will not have any," she shrugs.

Cost
With a large family, she shops around for the cheapest water – it varies, but it costs roughly R1 a litre. She ends up spending R600 a month on water. In most cities a householder pays under R10 for a thousand litres.

The water pipeline runs past her house to the single tar road that runs through Mabeskraal towards the Botswana border. It then runs adjacent to the road, with standpipes every half kilometre.

The pipes are all dry and broken. There is no telltale hiss or sign that any water is flowing through the pipes. Every home has a large Jojo tank perched outside. These sell at the local hardware store for R2 500.

Mabeskraal officially has its constitutionally guaranteed access to water, but it does not have water.

Its residents join the 30% of South Africans whose taps are being used to campaign on, but that continue to give them no water. – Additional reporting by Kyla Hazell