I expected so much more from the SABC 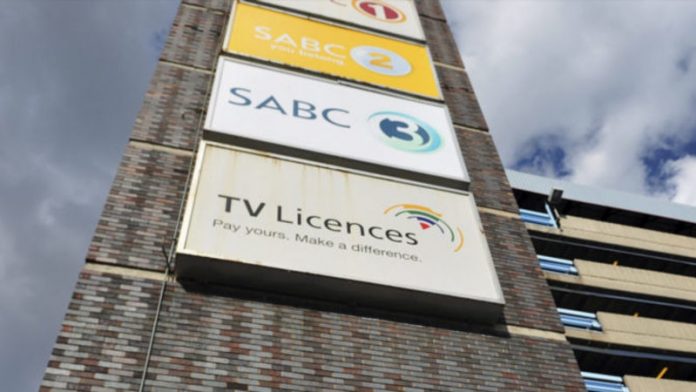 Our president was right to say in his State Of The Nation address last week that we have some good stories to tell about our 20 years of democracy. Sadly, our public broadcaster is not one of them. I declare my bias in favour of the public broadcaster: I love the SABC.

Well, I did until Monday.

Something inside me broke when I heard the news of the public protector's report on the SABC. Of course, I knew it was coming and I knew what was going to be said, but somehow I hoped it wouldn't be true or it wouldn't be as bad as it was. How can we still be dealing with the after-effects of the auditor general's report of late 2013? We've had the general chief executive resign, the devastating findings of the skills audit, and now this.

Some of my friends shrugged their shoulders and said: "What do you expect?"

I expected more and the SABC promised a whole lot more.

To be reduced to so much less, as the SABC has been, is a tragedy for our young democracy. The pain is made worse by the apparent arrogance and defensive response of the leadership to the crises.

Instead of taking the public into its confidence and sharing what action would be taken on the skills audit, the leadership was reported to view the audit as outdated. The acting chief operating officer Hlaudi Motsoeneng, the man for whom skills should be top priority, said people with degrees are a drain on the organisation. On the resignation of the chief executive, we were told the reasons for her leaving were personal and confidential.

We have been told the board will start the process of looking for a new chief executive, but where is the board's plan to stem the ongoing resignations? Where is the censure from the board for the comments made by Motsoeneng? Where is the quick, steadying response from them, from Parliament and from the Independent Broadcasting Authority of South Africa (Icasa)?

I loved the SABC, not for what it is now, but for what it could, should and once had the potential to be. In the run-up to the 1994 elections, there was widespread concern it wouldn't have the ability to be fair in its coverage of the elections. People were right to be scared and distrusting of the SABC then, because we had nowhere near the number of different media we do now. It had been the exclusive mouthpiece of the vile Nationalist Party.

Media Monitoring Africa, where I work as a director, was in fact established for the specific purpose of monitoring the SABC's election coverage in order to assess whether the coverage was fair. It was a mixed bag in the end but, amazingly, the SABC made a clear effort to be fair in its coverage and treatment of political parties.

That trend would continue to develop.

To me, having monitored all the elections since 1994 and having checked more than 20 000 SABC stories in that time, it is clear that where the SABC's staffers planned, where there was a clear effort and some of the best people, the SABC could cover elections fairly.

Agenda
Sadly, like most media it allowed its agenda to be set by political parties. They focused too much on personalities and not enough on the issues at stake. But the SABC, given its extraordinary history, was able to show it could act as a public broadcaster. There have been some incredible programmes made and some amazing people working there – people at all levels, from camera people to producers and floor managers to presenters, managers, senior managers and even executive-level and board members. There are a few who still survive there – a few excellent and exceptional people. I would ask the president to consider them for the Order of Mendi for outstanding bravery and commitment to our democracy in the face of mediocrity, maladministration, bad governance and thuggery.

Every now and then, somehow, the SABC still manages to get some excellent local programmes and stories on TV and radio, but these are the exception and not the norm. To be clear, bad governance and corruption occur in all sectors of society, in government and in the private sector (far more than we admit).

But the SABC is special. Its potential to help build our democracy, to represent all the people of South Africa and tell their stories, has been undermined. So it isn't simply a case of bad governance and another credibility crisis, it is a case of ordinary citizens being robbed of the potential for their stories to be told. It is ordinary citizens who will bear the brunt of repeat after repeat of old, local programming.

It will take a long time until we have a stable broadcaster able to focus on defining its mandate instead of pulling itself out of yet another leadership crisis. We will have to wait even longer to get a broadcaster that can focus on a sustainable means of meeting its mandate, not finding another senior executive, or for deaf audiences to be served with more than one programme, instead of the SABC focusing on another embarrassing report to the parliamentary portfolio committee.

It will take a while longer until we can focus on what programmes the SABC should be broadcasting in which languages, and what channels we want, rather than focusing on yet more scandals of poor corporate governance. Our children will have to wait even longer in the hope that their programming needs will be met, instead of yet another qualified audit.

Innovation
We'll have to wait a while until we get the kind of innovative programmes and stories we have to make and tell, instead of focusing on some patently offensive decision to can shows such as The Big Debate. It will be even longer until we can restore pride and credibility to the news, instead of focusing on stories of interference. It will take a long time until we are able focus on building a real public broadcaster, instead of finding yet another board or yet another series of senior executives.

The question to ask is: Just whose interests are served by having an SABC lurching from crisis to crisis? That's where we need to focus our real anger and passion and our strongest interventions. For the time being, when those in power who worked for their own self-interest at the SABC are forced to resign or reach settlement, it's important that we remind them that in addition to unethical, and in some instances blatantly illegal, self-serving behaviour, they are also responsible for actively robbing ordinary citizens of a public broadcaster.

It may not quite be treason, but their behaviour is as repugnant as any other who deliberately seeks to undermine our democracy.