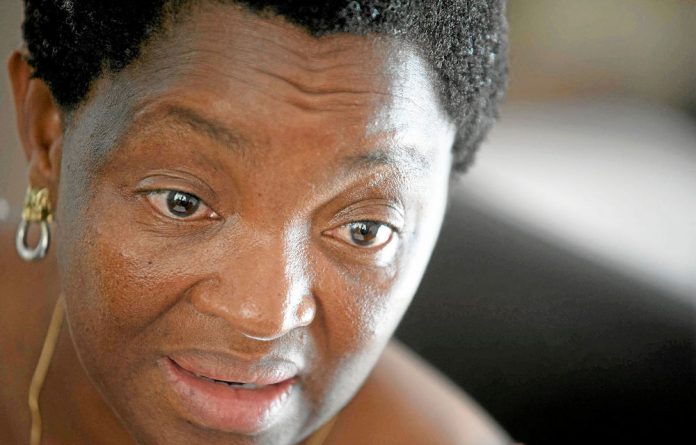 In 2012, when the South African Social Security Agency (Sassa) awarded a crucial social grants contract, its R10-billion decision turned mostly on a “key feature” – something that had been offered by just one of the bidders.

The contract was for the payment of about 15-million government grants every month. The feature in question was biometric verification using voice or fingerprints for every payment to confirm that a beneficiary was alive and not a fraudster.

Five days before the June 2011 bid deadline, the agency informed the bidders that this feature was so important that other bids would not make the grade without it.

This notice in effect changed the feature from being “preferred” to mandatory. Landing like the blow of an axe, it severed the chances of about 15 competitors and the contract was handed to Cash Paymaster Services.

One of the losing bidders, Absa-owned AllPay, sued and, late last year, the Constitutional Court ruled that the agency’s 11th-hour change was procedurally unfair – a core part of a broader finding that the tender was constitutionally invalid.

Now it has emerged in court papers that, two years into Cash Paymaster’s five-year contract, Sassa has not used this feature at all. The revelation renews concerns about the probity of the award.

Although about a quarter of the 10-million people who collect grants (some on behalf of children or the infirm) use pay points with finger scanners, the majority draw their money from ATMs or retailers, most of which have no biometric capabilities.

Beneficiary voice to be scanned
Thus the “genius” of Cash Paymaster’s solution (as the company put it before the Pretoria High Court) was that people drawing their grants from places with no finger scanners could call a toll-free number where their voice would be scanned against an original recording before the money was released.

This voice test had so charmed Sassa because it meant that every beneficiary could be scanned before a payment was made, thereby reducing fraud.

The agency’s lawyers argued before the high court in 2012 that “[Cash Paymaster] said that in addition to the fingerprint verification they have a voice verification. That is – and there are lots of other features – but that is the key feature.”

In a written argument, Sassa remained unequivocal: “This, in short, is the reason why the tender was not awarded to AllPay. No amount of wordplay or mudslinging by AllPay can change this reality”.

It said: “AllPay’s fundamental difficulty is that it has no solution for proper authentication of the banked beneficiary, ie it relies on the PIN code, and if this is abused by another person, there are no checks and balances.” Yet, according to the papers AllPay filed before the Constitutional Court this month, 40% of Cash Paymaster’s contract period has passed and, it appears, that very little biometric verification has taken place.

As part of its argument, AllPay submitted an affidavit by Shoprite financial director Carel Goosen, who estimated that his chain handled about half of the grants distributed through retail stores.

No verification done
Goosen said: “Despite the new system having come into operation on 1 April 2012, there is still no consistent approach to the very limited application of biometrics. In fact, most beneficiaries are able to withdraw their grants without any biometric verification being conducted.”

According to him, there were four different cards used by beneficiaries, only one of which required (fingerprint) biometric testing. Two of the others required only PIN verification. A fourth card did not even need a PIN, let alone voice or fingerprints, and was simply presented to cashiers who swipe the card before paying.

None of the cards required voice verification up until the end of January. The result, according to Goosen, was chaos in Shoprite stores at the beginning of each month. “To explain the differences in the cards to the customers themselves and to Shoprite cashiers is virtually impossible.”

Cashiers and customers, he said, were confused about whether any, or which form of, verification was required for a given card.

It was only last month – one day before it had to file its argument before the Constitutional Court – that Sassa rushed an advertisement into national newspapers to say it would begin to phase in voice verification. Certain beneficiaries would need to phone in before they would be paid in February – just three days later.

AllPay suggested to the court that the belated effort to rush through the voice verification process was a transparent attempt to shore up Sassa’s case. The agency denied this.

The delay, Cash Paymaster told the court, was “at the election of Sassa”, despite the fact that the technology had been in place since as early as July 2012.

Questions on implementation delay
Why was there a 19-month delay to implement a feature deemed so critical that the agency was willing to risk the integrity of its tender? Surely this seriously undermines Sassa’s strident insistence that the tender had to be decided on voice verification?

Attempting to explain this in written argument before the court this month, the agency said: “The re-registration process, together with all relevant back office processes, had to be completed in order to ensure that genuine voice prints were not taken from fraudulent claimants, and to ensure the overall integrity of the process. Voice biometric was always envisaged to start post the re-registration process.”

Firstly, enrolment is not a zero-sum game. There is no point in time when every beneficiary and their biometrics will be successfully captured on Sassa’s system.

The agency itself admits that only 6.5-million voiceprints have been captured of the 9.6-million enrolled beneficiaries. That leaves out of account a number of outstanding enrolments and new beneficiaries who sign on to the system periodically.

Sassa will always face a moving target. So why did it not implement voice verification for enrolled beneficiaries as soon as Cash Paymaster’s technology was ready in July 2012? Or in December 2012 when most cash paypoint beneficiaries had been enrolled? Or in April 2013 when all of those who are paid into bank accounts were enrolled? Or on July 30 2013 when the agency announced that the enrolment drive had been completed?

Even if we peg the question on the last date, why did the agency wait a precious half-year (10% of the contract period) before beginning to implement a feature considered so important that it eliminated all competition from the bid?

Only two bidders left standing
Back in 2011, during the tender process, AllPay and Cash Paymaster were the only bidders to score high enough on their technical offering to be invited to an oral presentation. After this, and directly because of the lack of voice biometric verification, AllPay’s scores were dropped to below a threshold, and the company was denied the opportunity to have the price of its bid compared with Cash Paymaster’s.

The possible outcome is difficult to predict, but AllPay presented calculations to the court suggesting that Cash Paymaster’s return on investment could range between 62% and 148%.

If voice biometrics were so unimportant that Sassa was content to dither on the issue for between six and 19 months, it is conceivable that South African taxpayers might have scored a cheaper contractor who could have done a good-enough job.

That the Constitutional Court should find the agency’s active preference for voice biometrics procedurally unfair only underscores this concern.

But there is a deeper worry.

Discussing the importance of fair procedures in relation to the Sassa tender, Constitutional Court Judge Johan Froneman made the broad point that “deviations from fair process may themselves all too often be symptoms of corruption or malfeasance in the process. In other words, an unfair process may betoken a deliberately skewed process.”

Corruption claims
Certainly the Cash Paymaster-Sassa national tender has been dogged by allegations of corruption, all unproven and fiercely denied by both the company and the agency.

For example, there was the matter of the company’s black economic empowerment partner’s business relationship with the wife of a former social development minister while Cash Paymaster was bidding for an earlier Sassa tender.

Or there was the claim by advocate Norman Arendse that, as the bid adjudication committee chairperson on tender, he was offered an “open chequebook” bribe by a person claiming to represent Cash Paymaster.

On the 2011 tender, there is the unexplained role of presidential lawyer Michael Hulley, the former business relationship between the chairperson of the bid evaluation committee and Cash Paymaster’s BEE partner, and allegations of wrongdoing made by a Sassa insider and caught on tape.

As a result, Cash Paymaster’s United States-listed parent company is being investigated for corruption by the US authorities, and it faces two class-action suits from investors there.

Social Development Minister Bathabile Dlamini has told journalists that, during 2013, the agency recorded 1 845 cases of fraud on its system, worth about R4.5-million.

‘The devil is a liar’: Bathabile Dlamini pays for perjury