Spoilt for choice at the Oscars 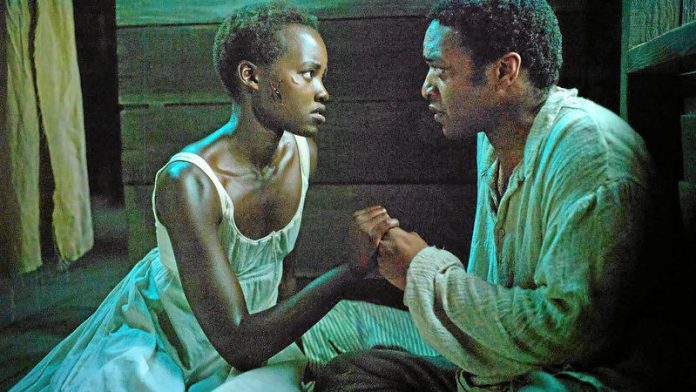 The Winter Olympics in Sochi, Russia, these past few weeks – full of their own tensions and pressures – have given this year's Oscars in Los Angeles an added level of anticipation. The curling and skiing activities meant this year's ceremony had to be pushed back to a later date, giving pundits and bookies more time to play the who's-going-to-win game – and nominees more sleepless nights.

For the most part, many of the categories seem to have clear front-runners ahead of the ceremony on Sunday March 2. But, with an overflowing best actor category and a three-way race for best picture, there's still much to mull over ahead of the awards ceremony.

The Nyong'o effect
Mexican-born, Kenyan-bred Lupita Nyong'o has been riding one game-changing wave since 12 Years a Slave premiered at the Toronto International Film Festival in September last year. Fresh from Yale Drama School, she went from nabbing a role a thousand others had auditioned for to gracing red carpets all over the world, drawing acclaim for her style and grace. Nyong'o calls the experience "humbling." In an interview ahead of the film's release, when asked what she had taken away from it, she said: "Presence. For me, playing Patsey was an exercise in presence. She's described as effortlessly sensual. [American author] James Baldwin talks about sensuality as being rejoicing in the force of life itself, and being present in everything one does, from the effort of loving to the breaking of bread."

The 30-year-old actress may well bring that presence to the Oscars by winning best supporting actress. That's if Jennifer Lawrence, who won last year's best actress Oscar, doesn't upset this category – having already won a Golden Globe and a Bafta for her comedic turn in American Hustle.

Best actor
Last year Daniel Day-Lewis's performance as Abraham Lincoln in Steven Spielberg's epic Lincoln rendered the other names in the category effective place-holders for him until the official announcement was made. He bagged every award in the run-up to the ceremony and his Oscar glory was a given. This year is a different story. The best actor category is overflowing, with stellar performances fighting to make it into the five coveted nomination spots.

Neither Tom Hanks nor Robert Redford, who both gave nomination-worthy performances (Hanks in Captain Phillips, Redford in All is Lost) got in. Matthew McConaughey, who did score a nomination, together with other Hollywood stars such as George Clooney, spoke out about their disappointment over Hanks's snub.

Little wonder then that Idris Elba, who took on the challenging role of playing the late Nelson Mandela in Mandela: Long Walk to Freedom, didn't get the nod either.

If whittling down the category to just five performances was difficult, choosing a winner may prove to be even more so. The lead actor in 12 Years a Slave, Chiwetel Ejiofor, has garnered worldwide acclaim, being nominated in practically every awards competition. But McConaughey, going through what some have termed a "McConaissance" and taking on meatier roles, has already earned himself the Golden Globe, Screen Actors Guild and Gotham Independent Film awards for best actor, among other accolades.

In taking on Ron Woodroof in Dallas Buyers Club, who was diagnosed with Aids, and who smuggles illegal medication into the US from Mexico, McConaughey seems to be the frontrunner at this point for taking home the best actor Oscar statuette. Physical transformations are often lauded come Oscar time, and he lost almost 20kg to play the part.

"What the weight loss did was give me a construct for the character," he said. "For about three-and-a-half hours a day, I'm normally either thinking about food, eating food or preparing food. So suddenly I had that time. I cut out social gatherings. And because Ron was so pale, I wouldn't go out in the sunlight. That's pretty much seven hours a day. I reprogrammed my existence."

McConaughey's co-star, Jared Leto, who also underwent extreme weight loss, is tipped to nab best supporting actor, after winning the category at other award ceremonies. "It's one of the most extreme transformations I ever made," said Leto, who is no stranger to radical metamorphoses, thanks to Requiem for a Dream and Chapter 27. But he says it was about more than just changing physically: "It's not about just ‘living as the person' or some kind of effect. It's about developing a level of concentration without having to wait for permission for a director to yell: ‘Action!'"

The fairest of them all
Nine films are up for the most coveted prize of the night – best picture. The nominees are Gravity, American Hustle, 12 Years a Slave, Dallas Buyers Club, Her, The Wolf of Wall Street, Philomena, Nebraska and Captain Phillips. Six are based on true stories, the other three are figments of imagination, expanding on time, space and familial relationships. American Hustle and Gravity lead the Oscar pack with 10 nominations each, and 12 Years a Slave follows closely with nine, making them the three films with the most to lose, and also the strongest best picture contenders.

Will the Academy members base their decision on technical prowess? Gravity is a feat of spectacular imagination and director Alfonso Cuarón has been credited with inventing a new kind of cinema technology in making it. That definitely stands the Mexican filmmaker in good stead for at least a best director statuette. The film has been lauded as a huge technical leap of faith, but even Cuarón says he didn't know whether it would ever get made. "Every day, we thought: ‘This is not going to work.' It was a process of trial and error, and little, little hints of hope, and also a lot of mistakes. The only test screening that we had, months before the film was finished, was a disaster."

12 Years a Slave is an undeniable feat that merges history and art, and has taken British-born director Steve McQueen from the art-house circuit to the mainstream. If a moving story will sway the Academy, this is it. Accolades aside, McQueen told me he just wanted the story of Solomon Northup, a freeman who was sold into slavery in the mid-1800s, not to be forgotten, as it once was. "My ultimate hope is that people go and see it – that kids go see it and find out about their recent past and that everyone – black, white, Hispanic, Asian – can look at it and reflect on how one can go forward from that dark chapter in our past."

Or perhaps the Academy will play it safe and go with American Hustle, a suspense-filled comedy based on a true FBI sting in the late 1970s. The film plays along in the vein of Argo, which won best picture last year, and it's a great ride but nowhere near the weight of 12 Years. Yet director David O Russell has, for the second year in a row, managed the rare feat of notching up Oscar nominations for all four of his main cast – as he did for Silver Linings Playbook last year. "I just have such adoration for the characters," he told the Hollywood Reporter. "And they crack me up and they break my heart all at the same time."

Perhaps the Academy will surprise us and bestow the honour on a film deemed by many to be the underdog. British director Stephen Frears's Philomena, based on the heart-wrenching true story of a woman who goes searching for a son some "evil nuns" sold for adoption, has had some pundits wondering whether it may be worth betting on after all.

Come what may on awards night, there are a crop of excellent films out there at the moment. Make sure to see them – with or without the Oscar stamp of approval.

Stan Lee, Marvel legend and father of superheroes, dies at 95