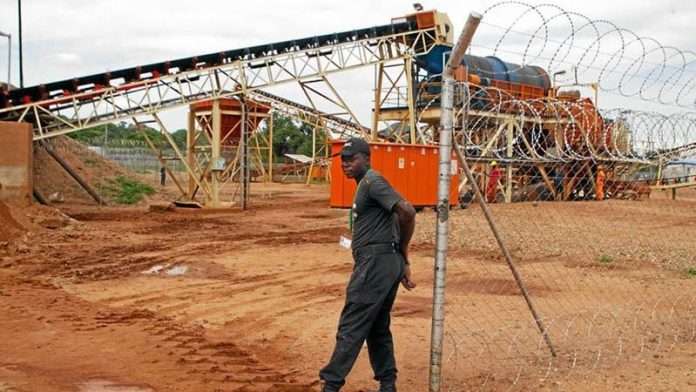 Zimbabwe has announced plans to reduce the number of diamond mining companies operating in the Marange diamond fields to just one – a move that will ensure control, supervision and accountability, Finance Minister Patrick Chinamasa said this week.

The government has not yet announced what criteria will be used in selecting the single company that will run operations.

But a high-level source in the diamond industry, who did not want to be named, told the Mail & Guardian that Mbada Diamonds was the frontrunner to be awarded the sole rights to mine in Marange because of its strong political connections.

"It's the one that everyone is speculating will win," said the source who has intimate knowledge of the process.

Mbada Diamonds is alleged to have strong links to President Robert Mugabe; his former pilot Robert Mhlanga is the board's chairperson. It has been a big contributor to the coffers of the treasury and also runs an intensive ­corporate social responsibility programme that has included ­bankrolling conferences and soccer tournaments.

The company also made one of the largest cash donations at the wedding of Mugabe's only daughter last weekend to Simba Chikore – it gave the couple $100 000.

More revenue needed
Mathew Nyaungwa, a diamond industry expert, said axing useless diamond miners was long overdue and the company that will be chosen to set up a joint venture with the Zimbabwe Mining Development Corporation (ZMDC) should have a sound history of diamond mining.

"The reality for now is that the government's purse is somewhat empty and revenue from diamond mining remains truncated, as was the case during the chaotic days of the unity government," said Nyaungwa.

"One of their own [Chinamasa] is now in charge of the national purse and he is singing the blues, hence it is not surprising at all that the whip is all of a sudden being cracked on errant miners. This is all being done to ensure much revenue is gathered from the gems to contribute towards national development – the signs of renewed economic misery are getting more and more visible."

Marange is dominated by the Chinese, Lebanese and Ghanaian miners, the military and well-connected members of Zanu-PF's top brass. Revenue has remained uneven since the discovery of diamonds there in late 2006.

The gems contributed less than $200-million to the treasury last year, significantly less than the touted $2-billion annual revenue that the industry is said to be capable of generating.

Government under pressure
The government is under ­pressure to finance its operations using the country's ­mineral resources in view of an external debt of $6-billion and the unavailability of Western credit.

Chinamasa said monitoring the seven different operations in Marange had been difficult. The government would soon restructure and consolidate the industry.

It is understood that Zimbabwe is taking its cue from neighbouring Botswana, where Debswana, a joint venture between De Beers and the Botswana government, mine the country's vast kimberlitic diamond deposits at the lucrative Orapa and Jwaneng mines.

The seven companies operating in the Marange diamond fields include Diamond Mining Company, Anjin Investments, Jinan Investments, Marange Resources, Mbada Diamonds, Kusena and Gye Nyame. All the mining companies are in 50-50 ventures with the government-owned ZMDC.

"We will want to know the prices the diamonds are [sold for] and we want to know the customers," said Chinamasa, although it is not yet clear what criteria the government would use to determine which mining company will be the sole operator.

In an interview with the M&G this week, Walter Chidakwha, the mines and mining development minister, said: "It may not be one company actually that remains, it may take some time. What is guiding us is whether companies have the capacity to mine underground.

"So at the moment we are looking at companies and taking due diligence of their capacity in terms of equipment, human resources and skills.

"If one looks at the Ghanaians and their equipment, it is clear that there is no way they were going to mine our diamonds effectively."

Foreign-owned companies
However, analysts suggest that foreign-owned diamond mining companies have the advantage of capital reserves over their local counterparts.

"From what Chinamasa has said, the suggestion is that the sole diamond company will be wholly between government and the Chines," said Eric Bloch, a senior economist at H&E Bloch consultancy. "The idea will be to pick a foreign company to ensure the contribution of capital and technical expertise."

But he warned that the establishment of a monopoly on diamond mining was "unwise".

"There is the risk that this will deter foreign investors and restrict growth of the diamond industry as this can be seen as some form of protectionism over the sector."

Professor Tony Hawkins, an economics lecturer at the University of Zimbabwe, said: "Having a monopoly on diamonds is not new and some other countries do it. There are [a whole range of] issues to be looked at …"