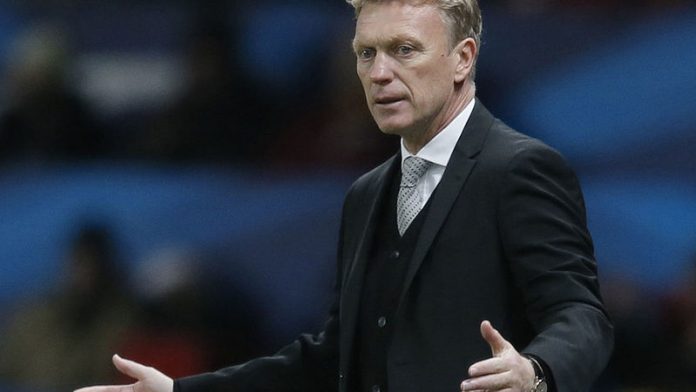 Manchester United manager David Moyes on Tuesday brushed off suggestions that his position will be under threat if his side do not overcome Olympiakos in the Champions League on Wednesday.

Having lost the first leg of the last 16 tie 2-0 to the Greek side, United are on the brink of elimination and are seeking to become only the sixth team to overturn a two-goal deficit in the competition's knockout phase.

They are also struggling to qualify for next season's Champions League, having fallen 12 points below the top four in the Premier League after Sunday's 3-0 loss at home to Liverpool, and are out of both domestic cup competitions as well.

The team's struggles prompted reports in British newspapers on Tuesday that Moyes could be at risk of losing his job if United are eliminated by Olympiakos, but he insists that his position is secure.

"My future has not changed one bit," he told reporters during Tuesday's pre-game press conference at Old Trafford.

"I have a great job, and I know the direction I want to go in. We know we have put ourselves in a poor position, but we have belief."

Assurance
Asked if he had been given assurances by the United hierarchy that his position was not under threat, Moyes replied: "The biggest assurance is they will let me get on with the job.

"We never discuss it [his future]. I have a six-year contract. This club does not work on short-term vision, it works on a long-term vision."

United's supporters continued to provide vocal backing to the team during the chastening loss to Liverpool and Moyes declared that he is capable of restoring their team to former glories.

"The fans have seen some defeats they would not have expected and they have stuck with the team," said the former Everton manager.

"They have seen great success and will see great success in the future. This club is the biggest in the world and it will rise again." – AFP