Russia threatened states ahead of vote on Ukraine 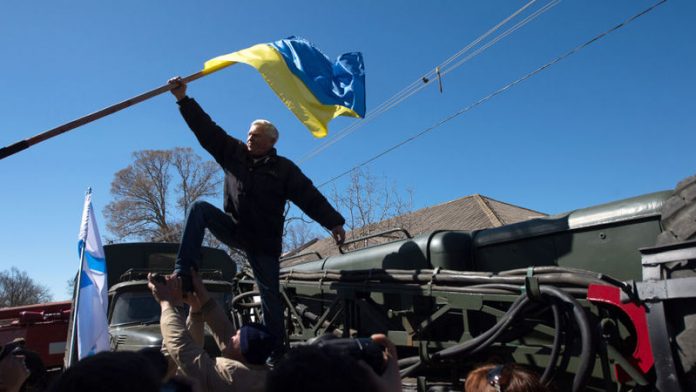 The UN's disclosures about Russian threats came after Moscow accused Western countries of using "shameless pressure, up to the point of political blackmail and economic threats", in an attempt to coerce the UN's 193 member states to join it in supporting the non-binding resolution on the Ukraine crisis.

According to interviews with UN diplomats, most of whom preferred to speak on condition of anonymity for fear of angering Moscow, the targets of Russian threats included Moldova, Kyrgyzstan and Tajikistan as well as a number of African countries.

A spokesperson for Russia's Mission to the UN denied that Moscow threatened any country with retaliation if it supported the resolution, saying: "We never threaten anyone. We just explain the situation."

According to the diplomats, the Russian threats were not specific but they said it was clear to the recipients of the warnings not to support the resolution that retaliatory measures could include steps such as expelling migrant workers from Russia, halting natural gas supplies or banning certain imports to Russia to cause economic harm.

In the end, the Ukrainian resolution declaring Crimea's vote on March 16 in favour of seceding from Ukraine as having "no validity" passed with 100 votes in favor, 11 against and 58 abstentions. Another 24 UN member states did not cast votes.

Western diplomats called the result a diplomatic success for Ukraine. A similar General Assembly vote was held in 2008 after Russia went to war with Georgia over its breakaway enclave South Ossetia, which later declared independence and has unsuccessfully sought annexation to Russia. That resolution was adopted with a mere 14 votes in favor, 11 against and 105 abstentions.

The US and European delegations said the result of Thursday's vote highlighted Russia's isolation on the issue of Crimea.

Ukraine's former President Viktor Yanukovich, backed by Russia, was ousted last month after a crackdown on demonstrations in Kiev that left dozens dead. His ousting prompted Moscow to seize the peninsula on the Black Sea in a move that predominantly Russian-speaking Crimeans embraced in their plebiscite that overwhelmingly favored annexation to Russia.

Different points of view
The delegations of Kyrgyzstan and Tajikistan did not respond to a request from Reuters for comment about the alleged Russian threats of retaliation. Both countries were among the 24 countries that did not cast votes on Wednesday.

But the Ambassador of Moldova to the UN, Vladimir Lupan, agreed to speak about the issue. Asked if the Russians had given any indication, direct or indirect, that the former Soviet republic could be punished for a yes vote, Lupan said: "I wasn't present at this particular discussion and I can neither infer nor confirm this to you."

"And normally before you vote, you discuss this with a number of countries," he told Reuters. "This matter was indeed discussed between the Moldovan authorities and the Russian authorities. We also discussed this with our (EU) partners."

"Of course, we had two different points of view – one from the Russian Federation in favor of a no vote and, for example, the European Union in favor of a positive vote," Lupan said, adding that his country was attempting to resolve all outstanding issues with Russia peacefully and through dialogue.

Several diplomats told Reuters that Moldova was among the countries subjected to pressure from Moscow ahead of the vote. In the end, the Moldovan delegation defied Russia and joined Ukraine, the US, the EU and other Western powers in voting yes.

Lupan also said the West had not threatened Moldova.

Moldova is in a precarious situation as its pro-Europe leader warned in an interview with Reuters of "a series of provocations" from breakaway Russian-speaking Transdniestria, which has been identified by NATO as a possible next target for Russia after it sent troops into Ukraine.

Moldovan Prime Minister Iurie Leanca told Reuters that Russia's annexation of Ukraine's Crimean peninsula "might raise expectations" in Moldova's rebel region, a sliver of land that broke away with the collapse of the Soviet Union in the early 1990s.

'Buy' votes
Some African diplomats also did not respond to queries, but Rwanda's deputy UN ambassador, Olivier Nduhungirehe, vehemently denied that Kigali was threatened. "I don't know where this came from," he told Reuters.

Like many African states, Rwanda abstained from the vote, while Côte d'Ivoire did not participate.

Russia is not the only country accused of strong-arm tactics at the UN. Ahead of important decisions on the 15-member UN Security Council, diplomats say the big powers have been known to attempt to "buy" votes from the 10 non-permanent members with a combination of carrots and sticks.

The US, diplomats say, has in the past punished countries that refused to stand with it on the Security Council for crucial votes. After Yemen voted against a council resolution authorizing the use of force against Iraq in 1991 to expel it from Kuwait, Washington cut off millions of dollars in aid to Sanaa.

French Ambassador Gerard Araud was asked about Russia's allegation that Western powers had blackmailed UN member states to secure a strong vote in favour of the Crimea text.

"When you lose, you have to be a good a loser," he told reporters outside the Security Council. "I think Russia is a bad loser. They lost and they did by 100 votes."