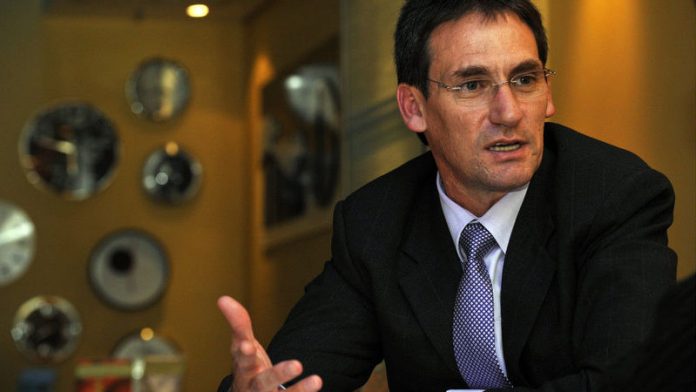 Anglo American Platinum chief executive officer Chris Griffith on Friday apologised for the comments he made to Business Day earlier this week justifying his salary.

“I wish to apologise to the employees of Anglo American Platinum and the readership for comments I made in a Business Day article on Wednesday,” Griffith said in a statement. “My choice of words was inappropriate and a poor way to describe the extremely challenging situation we find ourselves in.”

Business Day reported on Wednesday that Griffith, his 11 executives and top management had been awarded R25.3-million in a bonus-share scheme that would pay out in three years as part of a skills-retention scheme.

A further R51.8-million would be awarded to the team over the same period if a number of performance criteria were met.

Business Day reported that according to Amplats’s 2013 annual report, Griffith was paid a total R17.6-million, of which R6.7-million was a basic salary. The company paid wages of R12.5-billion that year.

Griffith was quoted as saying: “Am I getting paid on a fair basis for what I’m having to deal with in this company? Must I run this company and deal with all this nonsense for nothing? I’m at work. I’m not on strike. I’m not demanding to be paid what I’m not worth.”

He was later criticised for his comments.

‘Insensitive’
On Thursday, in a letter to Business Day, Roger Southall from the sociology department at the University of the Witwatersrand described Griffith’s comments as “insensitive”.

“Well, his R17.6-million is not bad for a [chief executive], who for the past six months or more has been presiding over a labour-relations crisis costing his company millions if not billions of rand … But even if Amplats had conceded the R12 500 the workers are demanding, Mr Griffith would have been earning 117 times more than his lowest-paid workers on the shop floor! Can he really believe this is ‘fair’ and, if so, may I ask, where on earth does he come from?”

On Friday, a letter by accountant Papa Mkwane described the chief executive as appalling and as someone who lacked basic leadership qualities embodied in former president Nelson Mandela’s legacy, which included gesturing and sacrifice.

“It takes a leader to appreciate that you cannot announce bonuses in the middle of such negotiations … His technical arguments do nothing to support South Africa’s prosperity. The opposite is achieved.”

In his apology, Griffith said the “seemingly insensitive timing of bonus scheme announcements” was determined by JSE reporting regulations coinciding with the prolonged strike.

“I want to reassure your readership that I care deeply about the impact of this strike on the lives of our employees, their families and communities. The situation is dire.”

‘Far apart’
But the Association of Mineworkers and Construction Union’s (Amcu) demand for a minimum basic wage of R12 500 remained unaffordable as it would increase the company’s costs by approximately R4.5-billion per annum, he said.

“After a year of negotiations, we have been unable to reach a settlement and we remain far apart in our positions.”

Amcu members at Lonmin, Implats, and Amplats in Rustenburg, North West, and Northam, in Limpopo, downed tools on January 23 demanding a basic salary of R12 500 a month.

Amcu leaders have vowed to persist with the strike.

But Amcu vowed to persist with the marathon strike as an undisclosed number of union members started to return to work on Wednesday.

About 5 000 defiant mineworkers gathered at the Wonderkop Stadium at Marikana on Wednesday, refusing to return to work.

The strike has cost the companies over R18.1-billion in revenue and workers have lost more than R8-billion in earnings, according to figures on Platinumwagenegotiations.co.za, as of Friday.

Griffiths said he knew that a majority of his employees wanted to return to work, but were being intimidated.

“We condemn the intimidation. Our employees have the right to know the offer that is on the table, it is for this reason we have gone directly to them with the offer … We continue to urge our employees to come back to work,” he said. – Sapa