No Helen Zille, you do not get to control your blacks 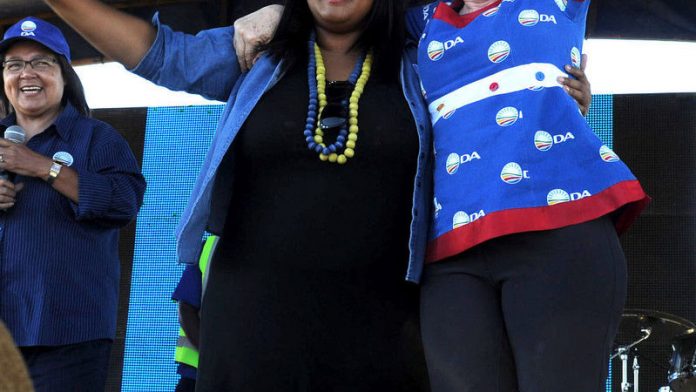 “Mazibuko nothing without me – Zille”. The Democratic Alliance (DA) is still reeling from this week’s  explosive Sunday Times headline, the latest salvo in a war of words within the opposition party since their parliamentary leader Lindiwe Mazibuko left abruptly to study at Harvard University in the US.

It came across as incredibly condescending to black voters that DA party leader Helen Zille could think she was responsible for the success of a black person. It recalled so much that was wrong with the party’s ham-fisted attitude towards transformation.

Zille hastened to  put out a statement soon after the Sunday Times article saying that she never used the phrase “made” or “saved” when referring to Mazibuko. Nor the particular phrase in the damning headline that Mazibuko was “nothing” without her.

It was vintage Zille: nit-picking the details and completely missing the larger issue of the hurt feelings of her black electorate, who were left reeling that she could say anything close to that – and the simplistic attitude towards transformation it belied.

Because Zille does not contradict the basic sentiment. The fact is she does believe she has worked very hard for Mazibuko’s success, and has “never done as much to promote any person’s career in the DA before” according to her statement on the record.

She adds: “I had repeatedly taken responsibility for mistakes made in Parliament, in an attempt to protect her. And once Mazibuko was in position as head of the DA caucus in Parliament, a ‘Berlin wall’ was erected between her office and mine, and my advice was ignored.”

And in the most revealing statement, Zille says she originally advised Mazibuko against running for parliamentary leader, but decided to back her when she was determined “because in trying to diversify the party, I felt it was important for her to win”.

Typically, Zille does not address the mistrust her statements have created among young black voters. Instead she splits hairs about what she did and did not say, attacks the media and does everything except the one thing she needs to do: show some humility instead of the usual DA smugness and apologise to her newly gained black voters for the incredibly condescending attitude she is displaying towards black leaders in her party.

Zille doesn’t seem to realise that it isn’t the exact Sunday Times quote that’s the problem. It’s the entire thinking at work here: that she can be angry with a black person for accepting her support and then going to on to choose their own path. And that, most concerning of all, she acknowledges backing Mazibuko, despite her misgivings, because of her race and not her talent.

Mazibuko is no saint but she does not deserve this – nor does any young, black person trying to make it on their own steam yet constantly told in subtle ways that they’re being given a favour and not entirely deserving of their position.

The problem here is the kind of control Zille is trying to exert over those she helps. We’ve seen it before with other black leaders in the party who have benefited from her attention but were frozen out for thinking independently or falling out with her, such as former DA rising star  Motlatjo Thetjeng, outgoing MP Masizole Mnqasela, youth leader Mbali Ntuli and now Mazibuko.

This is not help, it is manipulation. It says: I helped you get here, now obey me or else. It also says, most damagingly, I’ll support you even if I don’t believe you have what it takes, as long as it makes my organisation look “diverse”.

In this Zille reflects a larger problem in corporate South Africa. I’ve been tracking the discussion among my networks following the debacle and there seems to be a special kind of vitriol reserved for the black protégé who dares to “throw away” the attention of a kind white senior, which their white colleagues are unlikely to feel.

“Some of them have even been so bold as to use this perceived disloyalty of black professionals as a basis to avoid mentoring and training this category of employees.”

Kota hit the nail on the head when he pointed out that Zille should have been aware of this being “the context in which we live and in which [she] wants to govern”.

Political analyst Eusebius McKaiser agreed. “I cringed when I read Sunday’s story because she sounds, yes I will say it, like the proverbial white madam sponsoring a black child who now dares to be cheeky. That is how I read it. That is how I feel it. And even though I’m gatvol [fed up] with the ANC, how can I take the DA seriously if its top leader behaves like she rents and professionalises black talent?” he wrote in his column on the matter.

I have to agree. Seeing this attitude reflected in a party that purports to be a home for young black professionals is more than a little off-putting. Kota calls it the DA’s reductionist approach to race relations and transformation and an “almost willful failure to engage with the complexity of race issues in 21st century South Africa”, the likes of which is going to continue to put the majority of black people off the party.

I’m sure there are those who insist this incident shouldn’t be read through a racial lens. But to ignore the racial dimension in what happened between Zille and Mazibuko is a fantasy.

I have a mentor within my organisation that happens to be a white man who helped me get very far and took responsibility when I made mistakes, in a manner similar to Zille and Mazibuko. He also gave me space when I needed to grow independently of him.

Yet he would never make the kind of comments Zille has made. Not just because it is a patronising and ignorant thing to say, but because of the race dynamic and history of those kind of power relations between a senior white person and a junior person of colour.

We cannot pretend this dynamic doesn’t exist with all its echoes through the past. There is no way to be colour-blind about a relationship between a white mentor and a mentee of colour in South Africa when there is the weight of all that it represents. It’s naive or just plain blind to imagine Zille’s tone and remarks can operate in a racially blind vacuum.

Zille should have known better in how she’s handled young black leaders. And the shoddy spin doctoring that has followed has done little to fix the situation and more to reveal her incredibly problematic thinking towards up-and-coming black individuals and the very nature of transformation.