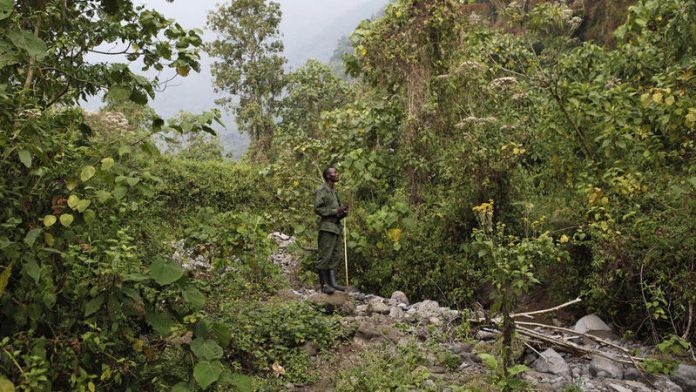 Conservationists have claimed one of their greatest successes in recent years following the unexpected decision by British oil company Soco to stop exploring in the Virunga world heritage site in the Democratic Republic of Congo.

The company, which operates in Angola and Vietnam, caused international outrage when it was given permission to conduct seismic testing in Africa’s oldest and most diverse national park, which is home to around half the world’s 950 mountain gorillas as well as hippos, elephants and chimpanzees.

The decision to pull out of the Virunga national park follows legal mediation in London last week with the Worldwide Fund for Nature (WWF), but Soco is believed to have ultimately bowed to pressure from the British government, Unesco and high-profile individuals including Richard Branson, Archbishop Emeritus Desmond Tutu and United States financier Howard Buffett.

All condemned oil exploration in what is considered one of the world’s most volatile regions. Leading conservation groups collected the signatures of more than 700 000 people.

The company and the WWF stated: “Soco has agreed with the WWF to commit not to undertake or commission any exploratory or other drilling within Virunga national park unless Unesco and the DRC government agree that such activities are not incompatible with its world heritage status.

Seismic survey
“We will complete our existing operational programme, including completing the seismic survey on Lake Edward, which is due to conclude shortly. The company confirms its previous statements that no Block V drilling commitments have ever been made. The conclusion of this phase of work will give the DRC government vital information it will need in deciding how to proceed in Virunga national park.”

Virunga was designated a world heritage site in 1979, but since then it has become one of the world’s most volatile regions. The park has been at the heart of fighting between armies and militias for more than 20 years. It is home to thousands of people who fled the Rwanda genocide. Many park rangers have been killed and last month the Virunga chief warden, Emmanuel de Mérode, was shot and seriously wounded.

Conservationists have argued that, if oil had been found and exploited, it would potentially lead to the pollution of Lake Albert on which 50 000 families depend for fishing, and could destabilise the region by exacerbating conflict between rival groups.

Conversely, studies commissioned by the WWF argued that the park could support up to 45 000 people if “peaceful” industries such as hydropower generation, fishing and ecotourism were developed. “If free from the threat of oil, Virunga can be a source of hope for the people of the DRC. This park can become a leading economic driver for its communities,” said Raymond Lumbuenamo, the DRC’s country director of the WWF.

Soco follows French oil company Total, which pledged not to explore in the park last year, but it is possible that other oil companies will seek to develop its resources because exploration licences cover 80% of the park.

“Now is the time for the DRC government to reaffirm its conviction that Virunga has outstanding universal value for all humanity by cancelling all oil concessions that overlap the park,” said David Nussbaum, chief executive of the British WWF.

Soco said it would continue its social investment projects in the area. “Soco will honour commitments we have made to local inhabitants to continue with our social programmes as long as we hold rights to the Block V licence,” the company said in a statement. – © Guardian News & Media 2014