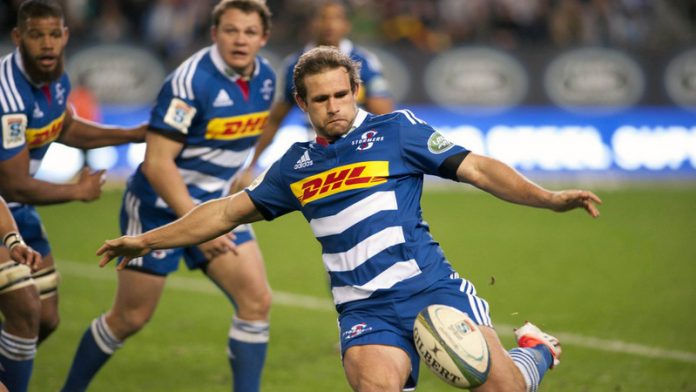 Defending champions the Chiefs and the teams that aspire to their title will share a similar sense of anxiety as Super Rugby approaches its final round with almost no certainty around the outcome of the play-offs race.

The weekend’s 18th of 19 regular season rounds was expected to winnow out the weakest of the play-offs contenders but, instead, only one team – the three-time champion Bulls – dropped out while many others were left still clinging to slim play-offs hopes.

Nine teams will enter next weekend’s final round with chances of making the post-season as only six points separate the fourth-placed Highlanders from the ninth-placed Blues. But several teams, including the Chiefs, will depend on the outcome of other games to decide whether they join the post-season contest.

The Chiefs showed some of the toughness and aptitude for sudden-death rugby which has made them champions in each of the last two season when they beat the Hurricanes 24-16 in Hamilton on Friday to keep alive their title defence.

The Hurricanes had beaten the Chiefs 45-8 when the teams met in Wellington only four weeks ago but the Chiefs found its best form of the season to move within sight of the top six.

The Chiefs now face the Blues in Auckland next weekend in a match both must win to stay in play-offs contention, depending on results elsewhere.

The Hurricanes stayed in fifth place despite their loss, but with a bye in the final round can now only look on as other matches determine whether they reach the play-offs for the first time in six years.

The Chiefs’ form this season has been mixed at best. They topped the table after last year’s regular season with 12 wins and 66 points but will now enter the last round in eighth place with seven wins and only 40 points.

“We’ve talked about the Hurricanes,” Chiefs coach Dave Rennie said. “If they managed to get into the top six, everyone would have been nervous. And I think it’s likewise with the Blues.

“But if we can have the same sort of intensity then we’re in with a shot.”

The New South Wales Waratahs, who are already assured of finishing first in the Australian conference, have a chance to clinch first place overall when they play the fourth-placed Highlanders on Sunday.

The Waratahs currently top the table with 48 points, two points ahead of New Zealand conference leaders the Crusaders and South Africa’s Sharks whose bid for first place faltered when they were beaten 27-20 by the Cheetahs on Saturday.

The Sharks sat in first place for much of the season and held that position through a tough four-match tour to Australia and New Zealand on which they won three games.

But since their return to South Africa, the team have stumbled to defeats at the hands of the 11th-placed Stormers and 13th-placed Cheetahs seeing hope of a home semifinal fade.

The Sharks must beat the Stormers at Cape Town next weekend, in the last match of the regular season, to have any chance of finishing in first or second place and bypassing the first round of play-off games.

Fijian winger Nemani Nadolo scored two tries as the Crusaders beat the Blues 21-13 to sustain their bid for an eighth Super Rugby title and to leave the Blues’ play-off chances dangling by the thinnest of threads.

The Christchurch-based Crusaders are almost certain of making the play-offs for the 13th-straight year but their last round match against the Highlanders will determine whether they proceed straight to the semfinals or battle their way through the preliminary round.

Two-time champions the ACT Brumbies stayed in sixth place after a bye in the weekend’s round but they must beat the Force in their last match to advance. The Force’s 30-20 win over the Queensland Reds on Saturday brought them level with the Brumbies on 40 points and means the outcome of next week’s match determines whether they will reach the play-offs for the first time.

The Bulls’ play-offs hopes ended when they were beaten 16-0 by the Stormers. – Sapa-AP