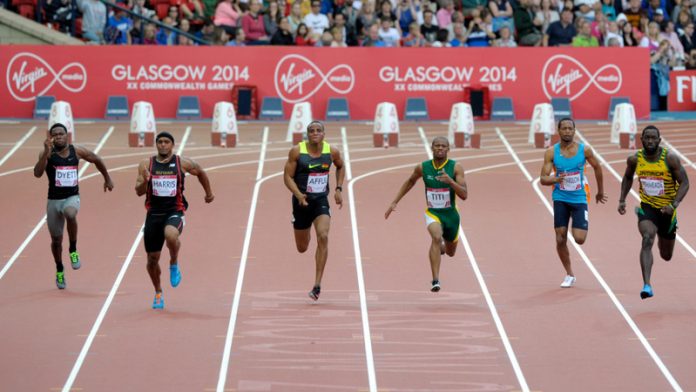 South African 400m hurdles champion Cornel Fredericks laid down the marker in his specialist event as the fastest qualifier for the finals with a time of 49.26 seconds. There was, however, disappointment for national record holder LJ van Zyl as he failed in his attempt to win a third Commonwealth Games medal after being knocked out in the heats.

Fredericks, who boasts the third-fastest time in the one-lap hurdles in the world this year, looked comfortable in his race as he led from gun to tape.

Sprinters Ncincilili Titi, Akani Simbine and Wayde van Niekerk will line up in Thursday’s 200m semifinal. Titi, who is the national 200m champion, advanced to the semifinal of his specialist event by winning the first heat in a time of 20.66 seconds.

South Africa’s second-fastest man over the short sprint, Simbine missed out on a 100m final berth by the narrowest of margins on Monday and will be looking for better luck in the 200m sprint. Simbine qualified in the 200m event in a time of 20.77 seconds as he finished in second place behind Canada’s Andre de Grasse, who posted a time of 20.56 seconds.

Van Niekerk finished second in his heat with a time of 20.84 seconds to advance to the semifinal. The 400m sprint record holder has already booked a place in the final of the one-lap sprint, where he will line up against Olympic champion Kirani James of Granada on Wednesday evening.

One-lap sprinters
The South African sprint prodigy sensationally broke the 15-year-old national record at the Diamond League meeting in New York in June, clocking a time of 44.38 seconds. Van Niekerk will face one of the world’s best one-lap sprinters in James, who has a season best of 43.74 seconds. James is the only athlete in the field that has run faster than Van Niekerk this season and the South African will fancy his chances of claiming silverware.

Van Niekerk has demonstrated this season that he is equally adept in the 200m dash after he clocked a career record of 20.19 seconds at the Diamond League meeting in Lausanne earlier this month. He was just 0.08 seconds outside the 13-year-old South African mark of 20.11 held by Morne Nagel.

South African discus ace Victor Hogan progressed to Thursday’s final with an automatic qualification in the morning session as a result of a season best heave of 64.16m. Defending Commonwealth javelin champion Sunette Viljoen will be looking for her third successive title on Wednesday evening.

South Africa’s long jump duo of Zarck Visser and Rushwahl Samaai, who were automatic qualifiers for the final on Wednesday, have their sights set on a double whammy for their country. Samaai posted the second-best distance during the qualifiers with a leap of 8.03m, only to be outdone by Olympic gold medallist Greg Rutherford of England with a jump of 8.05m.

South African men’s 800m ace Andre Olivier will feature in Wednesday evening’s semifinal after he finished first in his heat the day before, in a time of one minute and 47.93 seconds. He will face training partner Nijel Amos of Botswana, one of the finest two-lap athletes in the world, in his semifinal. – Sapa