NPA: Nxasana fights back against JZ 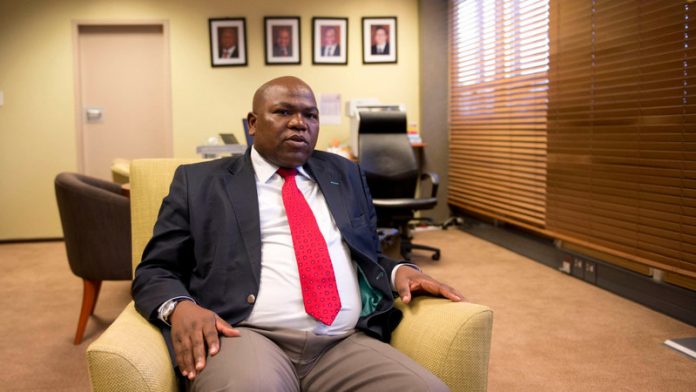 President Jacob Zuma is expected to meet this Friday (August 15) with Mxolisi Nxasana, the man he appointed to take over the role of national director of public prosecutions but who he now wants out.

Zuma wants to suspend Nxasana, and at the meeting the two men are supposed to work out an agreement in this regard. The meeting is unlikely to be a smooth one because Nxasana is determined to fight his suspension and removal from office.

On Tuesday Nxasana filed an urgent court interdict to try to compel Zuma to provide him with information on why he wants to suspend him. Court papers were filed in the Pretoria high court, but were later withdrawn by Nxasana.

Zuma announced in July that he intends to hold a commission of inquiry into Nxasana’s fitness to hold office. This is the only way Zuma can try to fire him, because the position is a presidential appointment.

Nxasana told former justice minister Jeff Radebe in May he would not step down as he believes he is fit and proper for the job. It was Radebe who informed him that he had failed his security clearance, because he had not declared cases against him from 30 years ago.

The first case Radebe raised was a murder charge Nxasana faced when he was 18, which he said he had not declared because he was acquitted on the grounds that he had acted in self-defence.

The second claim against him was his arrest by two police reservists; Nxasana previously told the Mail & Guardian the court had refused to place the alleged traffic violation on the roll.

A National Prosecuting Authority (NPA) figure who supports Zuma told the M&G Nxasana’s court action is an “ill-conceived strategy with no prospects of success”.

Yet it seems to have worked far Nxasana, because the case was withdrawn that same day and postponed indefinitely while attempts are made to discuss the matter.

Nxasana’s backers believe that previous attempts by Radebe to persuade him to step down were related to moves by the prosecuting body to re-charge suspended crime intelligence boss Richard Mdluli with fraud and corruption.

One top NPA advocate told the M&G there would be a revolt by prosecutors if Zuma gets rid of Nxasana.

Nxasana has shown he will not back down and wants to face a commission of inquiry, although he has yet to see its terms of reference.

Although he did not apply for the job, the legal battle has proved highly stressful for Nxasana, NPA sources said, and there are others in the NPA who are still trying to smear him.

Former attorney
Nxasana practised as an attorney before his appointment and, according to Zuma when he appointed him, had a wealth of experience in criminal litigation, coupled with his having occupied senior positions in the legal profession, including being the chairperson of the KwaZulu-Natal Law Society.

NPA sources said Nxasana had no choice but to go to court, because he had sent three requests to Zuma requesting further information on why he wants to suspend him, but as the court papers confirm, this correspondence was ignored. They said Nxasana had warned Zuma that if he did not receive reasons within a reasonable period he would have no choice but to apply for an interdict against the suspension.

Zuma, say NPA sources who back Nxasana, is in a tricky position. “They [the presidency] are unable to furnish reasonable grounds for the suspension, but have decided to hold a commission of inquiry into Nxasana’s fitness to hold office,” said an NPA source.

“The result is a Catch 22 position for No 1 [Zuma]. Those who want No 1 out are questioning the appointment anyway.”

Zuma announced his appointment of Nxasana to head the NPA in June last year after he was forced by court order to appoint a permanent NPA head because its acting head had been there too long.

Nxasana replaced Nomgcobo Jiba, who had been acting head for 18 months. She has denied Nxasana’s claims that she has been trying to get rid of him.

Past case hangs over potential mediation

When President Jacob Zuma and Mxolisi Nxasana do gather to mediate a solution over the latter’s job as head of the National Prosecuting Authority, it is certain they will be remembering the legal precedents set by the Democratic Alliance’s court case that challenged Zuma’s appointment of Nxasana’s predecessor, Menzi Simelane.

Although the two appointments involve a completely different set of legal scenarios, Zuma’s choice of Simelane was found by the Constitutional Court to be “irrational” and “unconstitutional”.

Those in legal circles now refer to the judgment by Justice Zak Yacoob on the Simelane matter when looking for the rules of appointment to this top office.

In handing down a decision by the Constitutional Court in 2012, Yacoob found that Zuma and Jeff Radebe, the former justice minister, had failed to consider evidence before them, including the findings of the Ginwala inquiry into the conduct of the then national director of public prosecutions, Vusi Pikoli.

Pikoli was suspended by former president Thabo Mbeki in 2007 after pursuing corruption charges against Jackie Selebi, the police commissioner at the time. Pikoli was later found by a commission of inquiry to be fit and proper for the job.

In his judgment, Yacoob pointed out that former speaker of Parliament Frene Ginwala, who chaired the commission, had criticised “with some severity” Simelane’s approach to evidence and its credibility. The commission’s report recommended that disciplinary action be taken against Simelane, but Radebe rejected its recommendations.

Zuma and Radebe, said Yacoob, had ignored the findings of a Public Service Commission report when appointing Simelane, which rendered the president’s decision “irrational”.

If there is a commission of inquiry or further legal action, Zuma’s motivation for the appointment of Nxasana will be placed under the spotlight again.