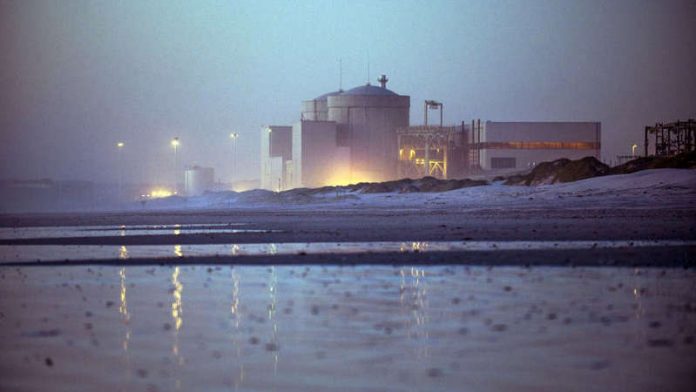 The global nuclear industry is in decline, with ageing plant shutdowns threatening to outstrip the rate of new plants coming online, against a backdrop of rising construction and operating costs.

The grim scene, outlined in the recently released World Nuclear Industry Status Report 2014, contrasts starkly with upbeat pronouncements by President Jacob Zuma and Energy Minister Tina Joemat-Pettersson that South Africa will be procuring up to six shiny new nuclear reactors’ worth of generating capacity as soon as possible.

Its findings throw further doubt on the wisdom of plans to spend close to the country’s entire annual tax revenue – an estimated R1-trillion – on new nuclear reactors.

Zuma and Joemat-Pettersson’s statements fly in the face of separate studies commissioned by the National Planning Commission and the department of energy, both of which counsel that a decision on nuclear can be deferred for years without adversely affecting the country’s future energy needs.

The World Nuclear Industry Status Report, which made the gloomy findings, is the only comprehensive annual global overview of the nuclear industry that is not published by the industry.

Investment in green energy
Renewables are beginning to fill the gap: global investment in power plants since 2000 is split into 57% for renewables, 40% for fossil fuels and just 3% for nuclear. And nuclear build costs are rising: “Investment cost estimates have increased in the past decade or so from $1 000 to around $8 000 per installed kilowatt,” the report says.

A key benchmark is the $8 000 per installed kilowatt figure agreed upon between Britain and a Chinese-French nuclear consortium this year.

At this rate, South Africa’s 9 600-megawatt expansion plan would cost nearly R800-billion. But this is only a ballpark figure because the calculation does not cover unpredictable factors such as time overruns and capital borrowing costs.

Incidentally, the current cost of $8 000 per kilowatt is a third more than the reported $6 000 per kilowatt cost that Areva and Westinghouse quoted Eskom in 2008. Eskom balked at the price; it cancelled the tender. Not only are construction costs on the up; so too are operating costs, the report says.

“In some countries (including Germany), historically low inflation-adjusted operating costs, especially for major repairs, have escalated so rapidly that the average reactor’s operating cost is barely below, or even exceeds, the normal band of wholesale power prices.”

Given that the bulk of South Africa’s new nuclear build costs would be repaid by electricity tariffs, the government risks giving Eskom – as well as industrial and domestic ratepayers on to whom the costs will be passed – an expensive ride over many decades.

By contrast, the report cites the positives of Germany’s decision to phase out nuclear after the Fukushima disaster in Japan and push for more renewables. At the time, critics scoffed that Germany was being disingenuous, and would simply import more nuclear power from France.

Far from it, the report says: “Nuclear France – otherwise also a net power exporter – remains a net power importer from Germany.” As Germany has brought more renewables online (now 56% more than nuclear), it has also succeeded in lowering baseload prices “by an astonishing 40%” and exported a record amount of electricity to neighbouring countries last year.

Eskom’s Koeberg plant to bring some relief by end July