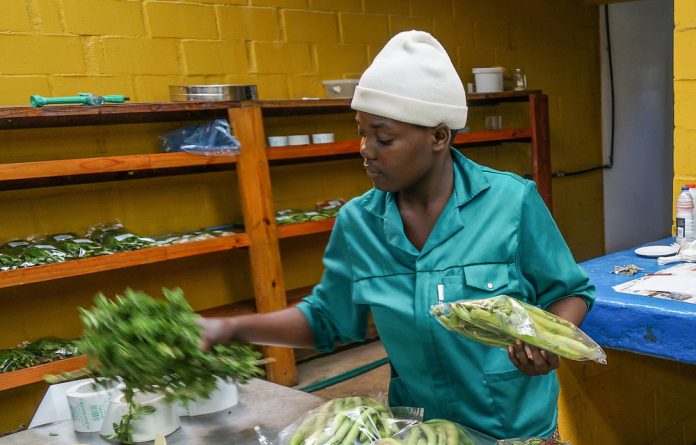 One of South Africa’s most successful organic farms, Vredenhof in the Cape winelands, is a small family business that’s constantly reinventing itself as it grows.

It’s run by Trevor and Isabella Blench and their two sons, Oliver and George, and employs between 18 and 40 people, depending on the season.

When the Blench family bought the 27-hectare Vredenhof farm 12 years ago it was derelict. Says Oliver: “It had been abandoned for about 20 years from what we can tell – before then it was probably a tobacco farm. But because the land had lain unused for two decades, it made it ideal for organic farming.”

He says land that has been commercially farmed using non-organic methods typically takes about three years to return to its natural state, free of synthetic substances. Two decades of lying fallow effectively gave the Blench family a blank canvas on which to begin their organic farming operations.

“We actually have an ideal spot here,” he says. “ We’re surrounded by vineyards (whose owners don’t use genetically modified seeds) and there’s a buffer zone between us and them. We also have an arrangement that they spray the vines when the air is still or the wind is blowing away from our farm.

“We buy organic seeds and produce our own to grow about 50 different varieties of fruit, vegetables and herbs.”

Many commercial farmers use genetically modified (GM) seeds which have been engineered in laboratories to, among other things, be resistant to certain diseases and withstand the chemicals sprayed on crops to get rid of pests and weeds.

“A lot of these patented seeds don’t regenerate and there’s a growing concern among consumers about exactly what goes into GM seeds and the effects on the produce that comes from them,” says Oliver. “Our customers tend to be people who prefer to go the organic route.”

Commercial food farming operations have many challenges, principal among them getting food to geographically dispersed consumers as quickly as possible. Because food is perishable, it’s moved from farm to packer, wholesaler, importer, warehouse and supermarket shelves along something called the cold chain – a supply and distribution mechanism that keeps food refrigerated and prolongs its shelf life. Isabella says Vredenhof’s products, on the other hand, can be bought from the farm shop at lunchtime on the day they’re picked.

“We have a wholesale operation for our organic veggies, fruit and herbs but people asked us to sell directly off the farm, so two years ago we built a walled complex that houses a coffee shop, kids’ entertainment area and a farm stall that sells anything from our organic farm produce to the food that we prepare in our kitchens. There’s actually a waiting list for shops wanting to stock our produce,” she says.

“Coffee shop” is a bit of a misnomer for the restaurant that serves up organic breakfasts and lunches most days of the week. The sprawling kitchen complex is immaculately kept and produces anything from restaurant meals to its own range of dried organic herbs, pies and a variety of ready-to-cook take-home organic meals.

“It’s a great place for people to come and get away from the city and it showcases what’s possible using organic ingredients,” says Isabella.

“Often people who eat here stop in the shop before they leave and they know that in many instances what they buy there will have been growing in the fields outside that morning. We’ve seen an upsurge of interest in organic produce from consumers who have an appetite for fruit that hasn’t been waxed to make it look shinier or lettuce that hasn’t been pillow packed in nitrogen to extend its shelf life. There’s a strong move towards simple, straightforward food – it just tastes better and contains all the nutrients it’s supposed to,” she says.

The facility is also used to hold launches, kids’ parties and a daily art class.

“Not necessarily,” says Isabella. “The premium most consumers pay for organic food at supermarkets is because it’s sold as a prestige product. Farmers are unlikely to see any of that mark-up. Organic farming is more labour-intensive than regular commercial farming – we use less machinery – and the profit margins are smaller. But we are able to sell organic produce at much the same prices you’d pay for stuff grown on a much larger scale – you kind of have to be a believer in it,” she says.