9/11: Remembering the day the world changed 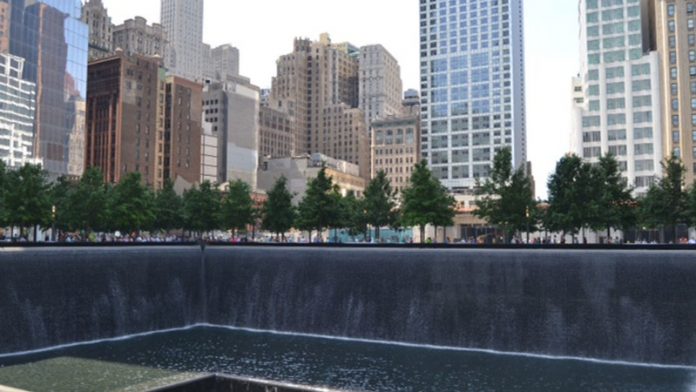 New York’s Ground Zero no longer exists. The new World Trade Centre complex is sprouting new buildings, bigger, taller and grander than the former ill-fated ones. The National September 11 Memorial Museum, which  opened this past May and is one of them, gave Lisa-Anne Julien an insightful, albeit painful, minute-by-minute timeline of that day.

Sniffles could be heard early on. “Mummy, are you crying?” A little girl peered anxiously into her mother’s face. Yes, mummy was crying. The two were descending to the underground 9/11 Museum, passing two iconic tridents (fork-like columns) of the North Tower salvaged from the wreckage. Those not crying eventually would be. We were about to relive the Day The World Changed.

I suspect anyone over the age of 35 could recall their exact whereabouts at two pivotal moments in world history. The first is 17.14 South African time on February 11 1990 as Nelson Mandela walked out of Victor Verster prison. The second is 8.46 New York time on September 11 2001.

I’d never visited the World Trade Centre. Not while I lived in New York during the first attack in 1992 where six people died. And not in the early days of September 2001 when I attended a wedding in downtown Brooklyn, the twin towers appearing as a backdrop in all the photos. But like the other hundreds of visitors who sat on concrete benches in the memorial park, sipping iced-coffees under perfectly shaped trees, I had come to pay my respects not just to the victims but to the city itself. For not having witnessed what many say was the bluest morning sky on that fateful day. For not being swallowed in the silence that enveloped a city known for never sleeping. For not mourning from an informed place.

Exactly where the imposing Twin Towers stood were two gigantic memorial pools. Water flowed continuously into a deep gully. The architects, Michael Arad and Peter Walker, whose memorial design beat out 5 201 entries from 63 different countries, wanted the voids to be “visible reminders of absence”. Although we didn’t see the water as it was funnelled into a black hole, we knew it was there. And when a swift, summer breeze passed by, we were lightly showered. The names of the victims were inscribed along the black bronze tops of both pools.

Many physical remnants of the towers have been transported to the museum, including three steel columns where Flight 11, the first of the hijacked planes, made contact with the 93rd floor of the North Tower. We saw but could not reach out the touch a flight of stairs, dubbed the “survivors staircase”. It had offered safe passage to hundreds from 5 World Trade Centre, a nine-floor building in the former complex. A burnt-out fire engine was a reminder of the 343 firefighters that perished during the attacks. A merry go-round of slow-motion images depicting pedestrians looking up the burning buildings, hands over their mouths, instinctively made me do the same.

One wall I returned to several times was that of the missing. Days following the attacks, hand-crafted, almost childlike A4-sized posters, anchored by a smiling photo, were distributed and stuck up all over the city. These posters of the missing were superimposed onto a wall, faded into darkness while others reappeared and followed the same fate. I imagined this process in the lives of those left behind.

The main memorial exhibition didn’t allow photographs, meaning it was not be experienced behind a lens, but full on and using the majority of my five senses. A brilliant piece of curatorship lay in the crafting of the final moments up to 8.46am on September 11. Adopting a classic community museum approach, (after all and after this New York became a community, for a while at least), ordinary citizens were responsible for the fabric of the exhibition.

People donated their Metro cards showing them exiting the World Trade Centre/ Chambers Street train station at 8.45 on that day. We saw the busy, intended schedule for the mayor of New York as he geared up for elections. Elizabeth Jagger graced the front of one of the city’s newspapers that morning. Even a post office parcel receipt stamped at 8.46am revealed a normal, uncharacteristic monotony to life in New York. In stitching together the final and blissfully ignorant seconds before the attack we were reminded of how much we often take for granted.

The crowds moved through the maze of the exhibition in silence. We had no reason to disbelieve the signs cautioning that the images behind a certain wall were disturbing. Seeing people trapped in the burning buildings and eventually jumping out, headlong, sideways, or as one witness from a nearby apartment attested “after a graceful straightening of her skirt”, truly needed it’s own warning label.

We learned about the two other attacks that are often overshadowed by the events at the twin towers; Flight 77’s impact into Pentagon at 9.37 where 184 people perished and Flight 93 where at 10.03 terrorists crashed a plane in Pennsylvania after passengers tried to overpower the hijackers. Because of the length of time between the time Flight 93 was hijacked and the eventual crash, many passengers were able to make calls to loved ones. Picking up a black, retro telephone receiver I heard the 44 haunting messages left for one of the heroes of Flight 93, Mark Bingham.

The voices of his friends and family were accompanied by varying degrees of panic as the morning wore on and news flowed in. Mark was able to call and alert his mother, a retired flight attendant, to the hijack situation. She called back with clear instructions that he should do everything to overpower the hijackers. Her tone was unwavering although saturated with love and tenderness.

There was an occasional waft of burning steel which I think moved between imagination and reality. I looked at a fire-fighter’s jacket in a display cabinet and wondered if smoke still lay resident there, cowering in armpits and layers of material. A former World Trade Centre shop window display, complete with a row of denim jeans and smart men’s shirt hung from racks, covered in ash. Blood-stained shoes, purses, business cards, jewellery and some of the millions of office documents blown out of the building to carpet the streets of Manhattan were powerful still life objects.

Although the tour warrants a slow, thoughtful meander, I noticed how the crowds quickly moved through the section detailing the history of al-Qaeda, Osama bin Laden and international terrorism. “They shouldn’t even be here,” one lady said in a disgusted tone. “It just gives them power.” It was hard however, to ignore the footage of two of the hijackers going through security at Washington Dulles International Airport in Virginia. Their boarding passes were found, intact in the ashes and were on display, browned and frayed at the edges. To know that their touch and sweat were immortalised on those pieces of paper kept me rooted to the spot for some time.

After reading about the clean-up, the memorials and the US’s subsequent full-on assault on international terrorism, I felt saturated with knowledge. I had initially thought the $24 entrance fee (friends and family of the victims do not pay) was steep. But I soon realised it was my donation to have every thought, opinion and feeling on 9/11 questioned, twisted and re-crafted. Occasionally I lost my way in the maze of time and ended up starting that entire day again, like some warped version of Groundhog Day.

I stepped back out into the welcoming sunshine and faced the even bigger crowd that had gathered outside the museum in the three hours I had been in there. I craned my neck to see the top of the tallest building, often referred to as Freedom Tower but officially known as One World Trade Centre. Buildings of varying stupendous heights are like sentinels in downtown Manhattan but Freedom Tower is the tallest building in the western hemisphere. Like most areas of New York, there was a bustle and rhythm in the air, with coffee and bagels and pizza sold with dizzying regularity.

As fresh, dry-eyed visitors pushed past me towards the memorial park I wondered about those who’d made a permanent exodus from downtown Manhattan. People like my cousin Lystra who worked on the 78th floor of the South Tower (one of the floors Flight 175 flew into) and was late for work that day because of a doctor’s appointment. She will never come to this part of New York City again.

As I began my long walk in the direction of Greenwich Village I looked back and remembered the words of astronaut Frank Culbertson who saw the towers rising smoke while in space. To New Yorkers he said, “Your city still looks great from up here.” From down here too, I thought.