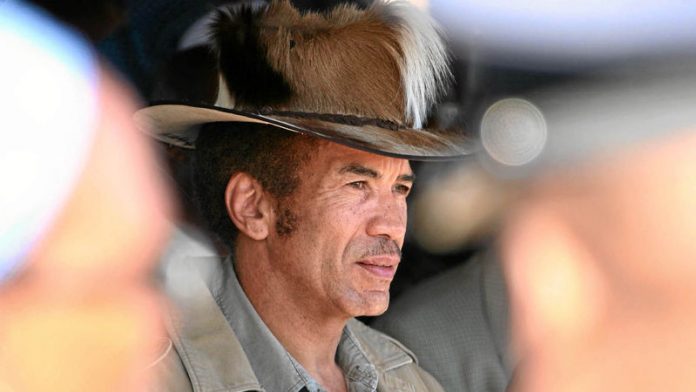 A Botswana newspaper editor has been charged with sedition after a story claimed the president was involved in a car accident, prompting angry allegations of stifling press freedom on Wednesday.

Prominent Sunday Standard editor Outsa Mokone was arrested on Monday over a story alleging that President Ian Khama had a nighttime crash, which resulted in the other driver being given a new Jeep.

A defiant Mokone has since been released, but he vowed to fight the charges. “I would rather spend 100 years in their prisons than be a prisoner of guilty conscious,” he said upon his release.

Police raided the offices of Sunday Standard and seized documents and computer equipment. Mokone’s colleague, journalist Edgar Tsimane, reportedly fled to South Africa where he applied for asylum. The trial is expected to begin in late November, his lawyers said.

Under Botswana’s penal code, sedition is defined as incitement of resistance to or insurrection against lawful authority.

“We would not want to go the way of other African countries that have become notorious [for] harassing journalists and arresting them willy-nilly,” said executive secretary of the country’s editors forum, Kagiso Sekokonyane.

In the past, Botswana has been hailed as a shining light of African democracy.

But opposition parties and rambunctious allies in the press accuse Khama, a former army general, of becoming increasingly heavy-handed.

‘Intimidate and impede’
The Media Institute of Southern African (MISA) in Botswana was shocked to learn of Mokone’s arrest.

“The warrant of arrest relates to a possible charge of ‘seditious intention’ contrary to section 50(1) as read with section 51(1) C of the Penal Code of Botswana,” it said in a statement.

The media organisation said this is probably the first time Botswana’s sedition laws have been used against a journalist. – AFP, staff reporter