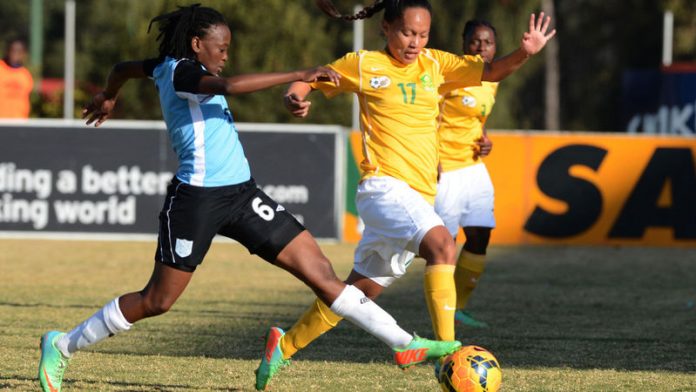 A reply to a question from the Democratic Alliance (DA) has revealed drastic gaps in pay between what men and women in sport earn.

DA MP, Solly Seshoka asked Minister of Sport and Recreation Fikile Mbalula what the match fees were that were paid to the senior national cricket, football, rugby, hockey and netball teams. This was for the period 2010-2014.

The South African Rugby Union (SARU) did not respond to the minister’s request for the information. Meanwhile, Mbalula said South African hockey is an “amateur” association, so no players are paid for their matches. Instead, they are subsidised by sponsor funding.

Soccer and cricket
Women’s netball players earned anything from R1 500 for a winning match to R15 000 for a month-long tour. But the real discrepancies showed when earnings for men and women were compared in football and in cricket.

The department considers the female teams in both these sports to be “amateur”. This is presumably the department’s justification for the pay gap.

The graph demonstrates the largest amount a player in either sport can earn:

“For the majority of these players, match fees from the national teams are their only income. The fees for women’s players are not enough to sustain a professional career in sports,” Seshoka said.

“The logic by the two federations that the senior men’s teams are remunerated more due to the fact their value proposition is much higher than their female counterparts is not good enough. The women’s sporting codes should be built up over time by providing more incentives for talented sportswomen to become professional athletes.

“If the sports federations play their part, we can professionalise our women’s sports and create strong value propositions.

“The bottom line is that both federations have lucrative sponsors, in addition to the individual sponsors for the senior men’s teams, which are a source of revenue they can use to reward our female national team players.”

A spokesperson for the minister was not immediately available on Monday.