The uneasy jive of a poor pantsula 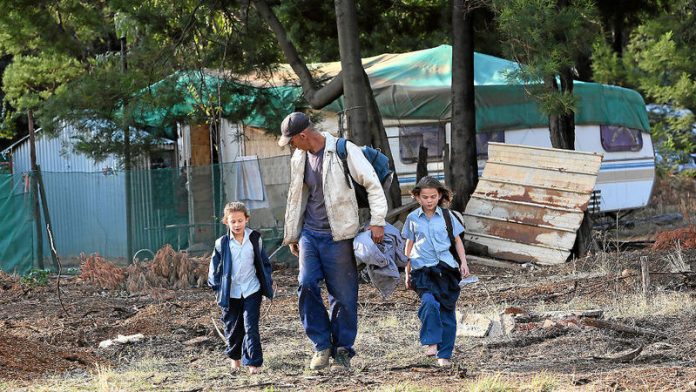 The roaring engines of the tractors of the Kleinfontein farmlands do so in concert with the sprinklers discharging spurts of water over a stretch of pumpkin plants.

The workers in their wellingtons – or gumboots – often draw my attention as I take a brisk walk through the vegetable and mealie plants.

Eat your heart out, you urban folk, for yours truly has permission from many of the Afrikaner farmers to plod through their land. I have made many friends in this place, outside of the North West town of Brits, like the farmer Joshua van der Walt. When recently I wanted to purchase vegetables for the burial of my brother-in-law, the farmer winked and provided a bakkie-load of spinach, pumpkin and cabbage, free of charge.

Kleinfontein is home to both farmers and farmworkers, as well as the occasional vagrant, like one wide-eyed youth who – to be responsible – I choose to call Pantsula (not his real name).

At the end of my regular walk, I always return to Nick van der Walt’s (no relation to Joshua) store and relax into a camp chair, in the company of mostly unemployed locals and Zimbabwean immigrants.

They often sit on wooden benches and rocks, grinning at me as I surf the internet on my laptop.

But then one among the unemployed, Pantsula, often communicates with us while peeping over the cement slab wall, saying he prefers not to enter the premises because the farmers speak ill of him.

The next time I met Pantsula was under the shade of a tree at a nearby store called Rashoop.

This time around he asked for a smoke, to which I replied I was not in the habit, and then Pantsula stared greedily at my beer and asked if he could have that too. I offered him a R20 note and suggested that he use the money to purchase loose cigarettes and his own beer, something that triggered the most elegant jive beyond the carnival precincts of Newtown in Johannesburg. Pantsula emerged from the store with a carton of sorghum beer, and the cigarettes.

Then I asked the million-oxen question: Why is Pantsula so unpopular with the farmers?

He mumbled a few reasons, among them that two sheep had gone missing at one of the farms and, of all the unemployed, the farmers were pointing accusing fingers at him. Pantsula swore that he survived by collecting and selling scrap metal, and that he would not steal from anyone.

As for the farmworkers and fellow unemployed, Pantsula speaks of them with a lump in his throat, saying these were ordinary folk like him, who often provided much-needed comfort in his time of need.

Pantsula is indeed an ordinary youth trying to survive, except that, unlike the farmworkers and job-seekers, he is a dirt-poor white Afrikaner.

But why Pantsula? Well, Afrikaner means African in plain English.

Johnny Masilela is a journalist and author.