Be careful what you say on talk radio in future 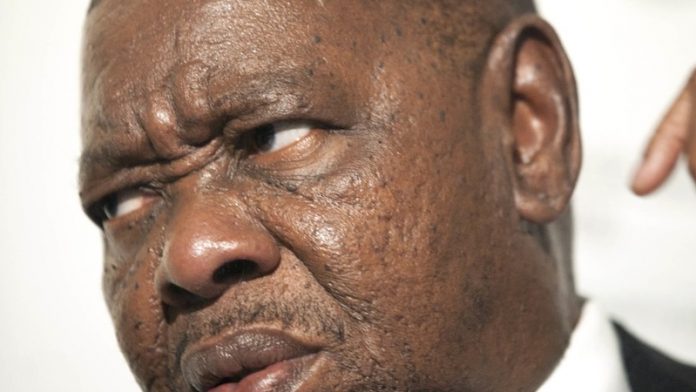 There is a war being fought in this country. Our right to freely exchange ideas, to speak our minds, to hold unpopular opinions, is being eroded by small increments in tiny battles.

It is happening because of a government that will not release the facts required for people to make informed decisions, be it the details of a nuclear agreement with Russia or the contents of the Khampepe Report on the 2002 elections in Zimbabwe.

It is happening because of a ruling party that rallies crowds in the streets when it does not like the sexual nature of an artwork depicting its leader, and labels its critics as “counter-revolutionaries”.

It is happening in communities where protest is met by force and repression because of the misuse of the criminal justice system, and in a Parliament to which police are summoned to handle the unruly.

And this past week it happened because of a narrow-minded and plainly wrong Broadcasting Complaints Commission of South Africa ruling that serves to chill freedom of expression in one the most important mediums available to the otherwise voiceless.

The commission was established “in order to promote freedom of speech, the free flow of information and the maintenance of high standards of broadcasting in South Africa”.

This week, however, it became the defender of the apparently hapless Cabinet against the fearsome might of a man armed with only a telephone and an opinion.

The complainant was one Blade Nzimande, a man who sometimes seems to manage his higher education portfolio as a hobby while his real job seems to consist of calling for insult laws to protect the president. Nzimande is big on respect, except when it comes to respecting what other people think and say.

He took umbrage at a caller who phoned in to an SAfm discussion and proclaimed this country to have an “entirely corrupt Cabinet”.

That is simply a bridge too far, the minister said. That Nzimande genuinely believes such an opinion should be banned is no surprise. That the commission agreed is an outrage.

The statement, the commission held in its ruling on Monday, was “so clearly defamatory” that the show presenter was obliged to qualify and counter the statement. It stopped short of imposing any sanction on the SABC, but in effect laid down a new law for every major broadcaster in South Africa: thou shalt not let a hyperbolic insult go unchallenged.

At no point did the panel that evaluated the complaint consider the enormous imbalance of power between an unidentified caller and those who run the country.

They did not ask Nzimande why he did not demand the right to reply on air, or why he had not issued a statement coming to the defence of Cabinet, a statement that would have had a reach orders of magnitude greater than that of a mere moment on the radio.

They did not consider that talk-back radio is one of the precious few mediums by which ordinary people can have their views heard by many of their fellows, or that the precedent its ruling sets will make it cumbersome to debate politics, religion, sport, or anything else on which many people hold strong opinions that are, as often as not, hardly supported by the facts.

Instead the commission took a narrow, legalistic approach, saying of those three words – an “entirely corrupt Cabinet” – that “no interpretation can be attached to them other than that each member of the Cabinet is corrupt in the sense of at least being susceptible to bribery or as having been bribed or in the sense of being dishonest in some way”. Because that was an accusation against each individual, the defamation could not be allowed to stand unchallenged.

We can suggest at least one other interpretation: that Cabinet, as an institution, is corrupt. That a body that acts and speaks as a collective has lost its way, been debased and made unreliable. That a body that, for instance, acts to protect its leader when he stands accused of nest-feathering is not in good health.

Is that an entirely fair opinion? Perhaps not. But it is one held by a fairly large number of people, and they should be allowed to share it without fear that a radio presenter, or a Cabinet minister, will intervene with a heavy hand.

In making this terrible error of interpretation, the commission has undermined its own primary responsibility and played right into the hands of Nzimande and his lese-majesty fantasies.

As of this week the bar for criticism in the electronic media is set higher than it was before. And so the war is lost, one tiny increment at a time.

We hope that this is a ruling our colleagues in broadcasting will not allow to go unchallenged, but sadly we do not have faith that the SABC will put up the robust offensive required.

So, we’ll state our case: Minister Nzimande, we are of the opinion that South Africa is served by an entirely corrupt Cabinet.

We look forward to hearing from you.

Phillip de Wet is an associate editor of the Mail & Guardian