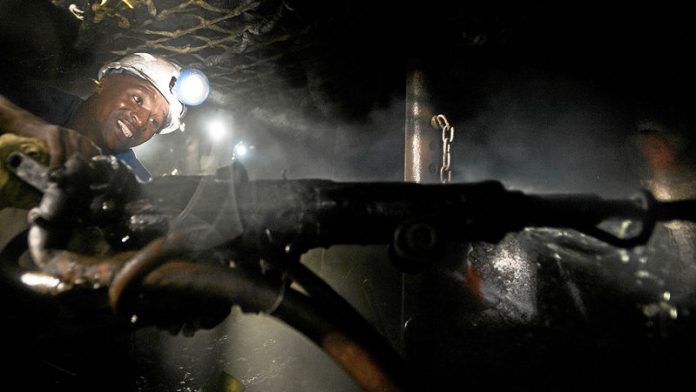 Lonmin has defended its high court bid to head off the release of highly critical research findings on its South African operation by arguing that their publication could reignite labour unrest in the “volatile” Marikana area and cause its share price to drop.

The platinum miner has also accused labour advocacy group the Alternative Information and Development Centre (AIDC) of timing a media conference to release its report to coincide with the closed period from October 1 to November 10 this year before Lonmin releases its quarterly financial results.

Lonmin’s lawyers brought the urgent motion in the high court in Johannesburg on Wednesday to prevent the AIDC from holding its media conference on the same day.

In a statement announcing the conference, the AIDC called for the South African Revenue Service to investigate Lonmin’s financial affairs, saying that it had “hoodwinked” the Farlam commission and the public about the alleged shifting of revenue from its Marikana mine to an offshore tax haven while locked in a pay battle with workers.

AIDC senior economist Dick Forslund has been assisting the commission’s researchers in his personal capacity. The commission is investigating the circumstances surrounding the deadly clash between police and striking miners in August 2012 in which 34 workers were killed.

In discussions in Judge Haseena Mayat’s chambers in the high court on Wednesday morning, the parties agreed that the AIDC would not hold the scheduled conference, would give Lonmin two days’ notice of any similar event and would inform the company of what it intended to say.

It also undertook not to make any defamatory statements about the company or to publish confidential information gathered by the Farlam commission.

Bermuda payments
Last month the Mail & Guardian reported that Lonmin had paid millions of rands in South African platinum revenues to a subsidiary in ­tax-free Bermuda, which it recorded as marketing fees.

Lonmin has denied that the payments were designed to avoid paying South African taxes. It also insists they were stopped after 2008.

In a founding affidavit handed to Mayat this week, Lonmin’s head of legal affairs Peter McElligott argued that the release of the AIDC report would undermine the commission process and could “rekindle the very unrest which led to the unfortunate events at Marikana”.

He dismissed the AIDC’s allegations that Farlam has been hoodwinked as “contemptuous” of the commission. McElligott also said that the AIDC’s press conference had been carefully orchestrated to ensure Lonmin could not deal with the “defamatory information”, as the company was in a closed period until November 10, during which its ability to make its case to the public would be “significantly restricted”.

The platinum industry in South Africa is having a difficult time following the strike action in 2012 and 2013, McElligott said. Adverse publicity would hit Lonmin’s share price, with the risk of “unrecoverable losses”.

Accusing the company of overreacting by taking court action, Forslund said there was “nothing new” in the AIDC report, which was based on facts already available in documents handed to the Farlam commission as evidence.

“Any diligent journalist could have also examined the documents handed to court and done such a report. All the facts and figures are there,” he said.

‘Based on public facts’
Responding to McElligott’s claim that he had breached a confidentiality agreement with the commission, Forslund said this was “absolutely wrong and unfounded”. The AIDC had no intention of releasing anything that had not already been presented as evidence at the commission.

“It was not our intention to damage share prices,” he added. “Any drop could also be as a result of [former Lonmin chief operating officer] Mahomed Sedaat’s testimony. Mining companies should follow the mining charter. There needs to be a change and the debate about mining must go on.”

The AIDC’s attorney Charles Abrahams told amaBhungane his client had agreed to adhere to the agreement until a formal application by Lonmin for a similar order is heard in court. Abrahams would file responding papers at that point.