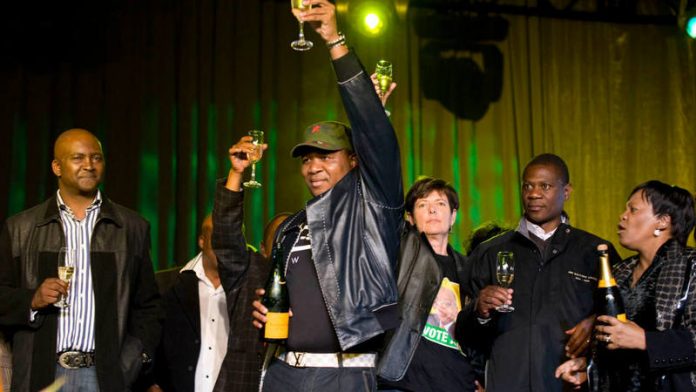 South Africa is not ready to host the Africa Cup of Nations in January if Morocco withdraws because of the Ebola epidemic, Sports Minister Fikile Mbalula said Monday.

The Confederation of African Football (CAF) has reportedly approached South Africa, Ghana and five others countries ahead of a November 2 meeting to decide on the future of the continent’s premier football event.

But the minister tweeted: “Hosting Afcon [Africa Cup of Nations] is a NO NO.” He told South African media that the country had a responsibility to help fight the Ebola epidemic that has killed more than 4 500 people, mainly in West Africa, with the United Nations predicting a surge in deaths and cases.

“Even before taking the matter to cabinet, I can tell you unambiguously and categorically that hosting is a no no,” he told South African media. “We do not have a ready-made abundance of resources to be shifted to Afcon. We did it [in 2013] in solidarity with Libya last year. Our budget cycle will not allow us to host the [2015] Afcon. It is totally impossible. We would like to give this one a pass.”

Mbalula added: “We will share the responsibility to fight Ebola – we are not immune to that. “We must be prepared to share our skills, our doctors, to reinforce the research to find a vaccine.”

‘Emergency’ hosts
South Africa were among seven countries sounded out by the CAF as possible replacements should Morocco pull out. The republic has twice been “emergency” hosts of the competition, replacing cash-strapped Kenya in 1996 and strife-torn Libya last year.

South Africa has world-class stadia having become the first African hosts of the World Cup four years ago. Ghana has also been approached by CAF, according to the sports minister of the west African country.

The identities of the other five countries have not been officially revealed.

Moroccan government officials said last weekend they wanted the January 17 to February 8 tournament postponed because they feared a spread of the deadly Ebola virus. But Cairo-based CAF reacted swiftly, saying the 16-nation tournament should go ahead as planned, in a different country if necessary.

Most of the deaths from Ebola have been in Guinea, Liberia and Sierra Leone. CAF has barred Guinea and Sierra Leone from hosting Nations Cup qualifiers. Liberia were eliminated in the preliminary rounds.

Sierra Leone, having failed to secure a neutral venue, had to play home games against the Democratic Republic of Congo and Cameroon in Lubumbashi and Yaounde respectively.

CAF officials are scheduled to discuss the Ebola crisis at the November 2 meeting in Algeria and travel to Morocco the following day for make-or-break talks. Should Morocco withdraw and more than one country offers to be take over as hosts, a draw will decide who stages the three-week African football showpiece. – AFP