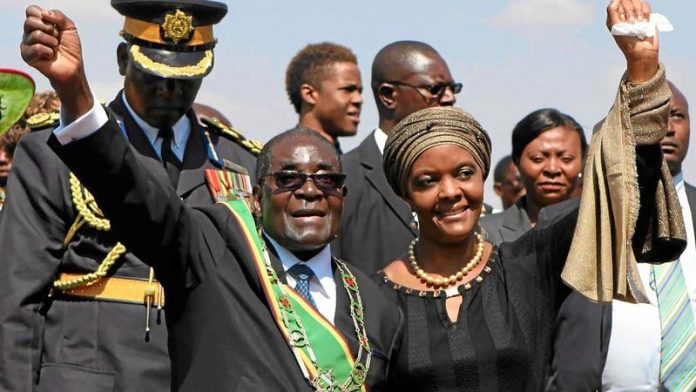 “People say I want to be president, why not? Am I not a Zimbabwean?” the 49-year-old said when addressing veterans of the country’s liberation struggle in Mazowe at about 40 kilometres north of Harare.

Mugabe called on Vice President Joice Mujuru – regarded as one of the top contenders to succeed the president – to resign. “There are plenty of people who can run this country, not Mujuru,” she said, adding that her husband’s deputy would take Zimbabwe “back to where we were before independence”.

Robert Mugabe, who has ruled Zimbabwe since 1980, has travelled several times for medical care abroad, sparking speculation that he could step down before his term ends in 2018. Mugabe has meanwhile been appointed to head the women’s league of the ruling party Zanu-PF.

The first lady’s political ambitions have faced resistance from Mujuru and others who participated in the liberation struggle against the white minority government of the then Rhodesia – today Zimbabwe – alongside Robert Mugabe.

Mugabe has also come under fire for a doctorate she obtained from the University of Zimbabwe in September – allegedly just months after she enrolled there. – Sapa