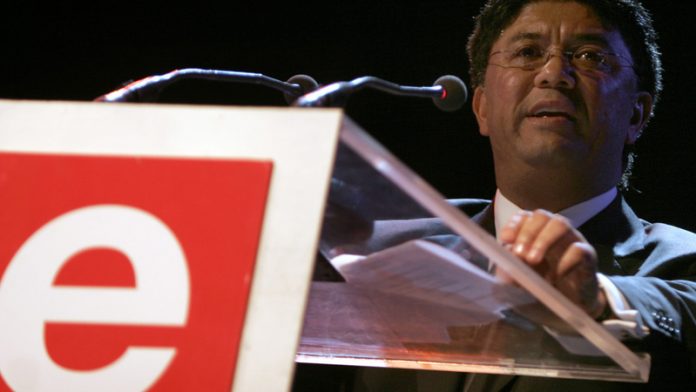 Marcel Golding on Sunday resigned as executive chairperson of Hosken Consolidated Investments (HCI), as well as its subsidiary Sabido and broadcaster e.tv.

He was informed on Monday that he had lost his bid in the Cape labour court to halt a disciplinary action over his decision to buy R24-milliom worth of shares in Ellis Holding without consultation. He presented his urgent application to the court on Friday.  Golding, in a letter sent to staff at e.tv said he planned to bring charges of unfair dismissal against HCI.

In a statement released internally to the group on Monday, Golding said that he denied the disciplinary action charges. “You are aware of the reports in the newspapers over the past few days and the fact that I was suspended and expected to face certain charges brought against me by HCI.”

“I deny these charges. I am of the view that the manner in which HCI intended to conduct my hearing as well as the circumstances which led to the decision to bring charges against me has rendered my employment relationship with HCI intolerable.”

“The relationship of confidence and trust between myself and the board of HCI has broken down due to the manner in which the HCI board has conducted itself.”

“In the circumstances, I have been forced to resign and I will in due course be bringing a claim of unfair dismissal on the grounds that I have been constructively dismissed,” the statement reads.

Suspended
A senior staff member said Golding has resigned from all positions where he held employee status but would hold his directorship positions, including that on HCI.

Golding was suspended from investment company Hosken on October 22, following a special committee hearing into allegations of gross misconduct related to the purchase of the shares. He said he acted in good faith and in the best interests of Hosken when he instructed Investec to buy the stock on behalf of Sabido Investments, of which he is chief executive.

Sabido is the parent company of e.tv.

The judge dismissed Golding’s argument that he was employed by Sabido and e.tv and not HCI. Golding had said this meant that HCI was not entitled to take action against him.

Judge Steenkamp acknowledged the seriousness of allegations made by Golding in his affidavit for an urgent hearing, that he was being victimised because he would not bow to political interference.

He said while the allegations were “on the face of it, not without substance”, the charges against Golding bore no reference to editorial content. “It’s that share price purchase without authorisation that led to the pending disciplinary hearing that lies at the heart of this application,” Judge Steenkamp said.

No costs awarded
He said Golding could not return to the work as he wished, and rejected the argument that HCI’s disciplinary hearing against him would damage his reputation and harm the companies he ran, saying the hearing was only set down for a week.

Steenkamp agreed with Golding’s concern that a chairperson had been chosen by HCI to hear the matter, but said that “as HCI’s counsel pointed out, in almost every disciplinary hearing a representative of the employer acts as the chairperson”.

Steenkamp opted not to award costs, saying the relationship between Golding and Copelyn had already suffered sufficient damage, and this might jeopardise any future hope of it being restored.

Golding has also applied for the matter to be heard before the Commission for Conciliation, Mediation and Arbitration.

Meanwhile, Barbara Hogan also resigned from her position on the HCI board as independent non-executive director on Monday. The highly respected former public enterprises minister and ANC member’s reasons for resigning have not been made public.

Moyane lawyer slams president for failing to abide by deadlines