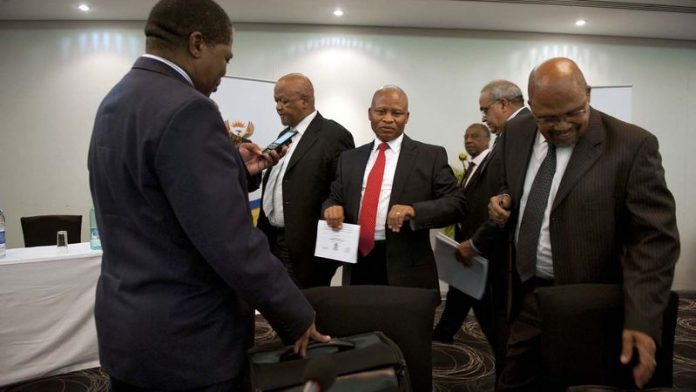 The battle for access to closed-door deliberations over the selection of candidates for the Western Cape Bench continues on Wednesday in the Cape Town high court.

The Helen Suzman Foundation is returning to court to ask for the right to appeal a judgment refusing it access.

At issue are questions about the criteria being used to select judges, and whether these are likely to ensure that independent and knowledgeable candidates are selected.

The foundation had asked for access to the confidential recordings and transcripts of the Judicial Service Commission’s deliberations over the selection of judges.

In August 2013 the JSC filed the record of its decision, and a summary of the recorded deliberations, excluding the actual recordings and transcripts.

The present legal challenge forms part of a larger application by the foundation over the process adopted by the JSC when it recommends judicial candidates, which it believes, should be transparent.

Need to protect the candidates
The main application is yet to be heard and deals with a request by the foundation to declare the JSC’s decision to reject some candidates, which included senior counsel Jeremy Gauntlett, during interviews in October 2012 as “unlawful, irrational and invalid”.

Judge André le Grange in his judgment handed down in September ruled that deliberations by the commission were no different to those of a magistrate or judge “reflected in her court book or deliberations” and therefore should remain confidential.

He also said that behind-the-scenes deliberations should be kept confidential to protect the candidates. “The knowledge that the full record of the deliberations might include extremely frank remarks and options of senior members of the judiciary and executive as to the candidates’ competence or otherwise would be made public could deter potential candidates from accepting nominations for appointment.”

The judge said there was nothing to suggest that the summary given was not accurate.

The foundation is asking for permission to appeal the ruling, arguing in an 11-page application that the recordings and any transcripts of the deliberations should have been produced because they were an important part of the record.

“If the JSE wished to withhold any part of the record, it should have put up substantial and compelling reasons to substantiate its decision.”

The importance of the judiciary
The foundation argues that without a full record it will be forced to continue its litigation “wholly in the dark”.

It also questions Le Grange’s view that the commission was a unique entity, which derived its powers from the Constitution and as such was entitled to make decisions about its own procedure.

The foundation has said its interest in what motivates the appointment of judges relates to the importance of the judiciary and how it “impacts on how constitutional democracy is prompted and protected”.

“Despite the JSC’s best attempts to nominate candidates of outstanding merit, there has, in recent years, been some concern as to how it has exercised its constitutional mandate … There seems to be scant regard for how it should be considered.”

Call to remove politicians from JSC is short-sighted