Nduduzo Makhathini finds the gift of healing in song 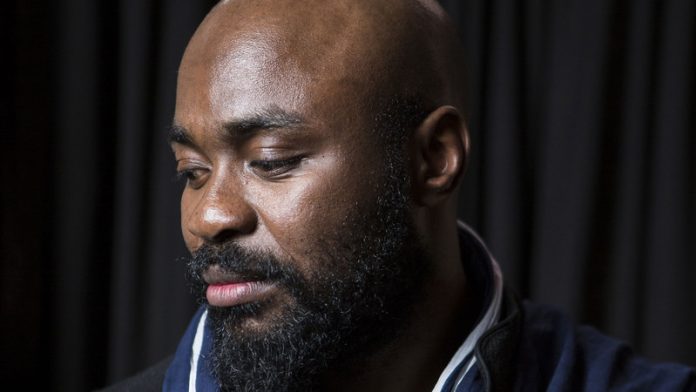 An artist who brings a fresh approach to identity politics and multiculturalism is Nduduzo Makhathini, winner of the latest Standard Bank Young Artist of the Year for jazz award. Although the terms have lost much of their lustre in arts circles because of overuse, the jazz musician explores their meaning in a novel way.

Born into music
He gives his work the space to relate to and reflect his identity and the processes that have shaped and now define him. Whether he is leading a band or playing sideman for some of the most notable jazz musicians in the country, the ethos that informs his composition and performance can be likened to a stream, with his lineage and upbringing, as well as his formal and informal training, being the major tributaries. The 32-year-old pianist was born in uMgungundlovu in KwaZulu-Natal into a staunch Christian family. His family comes from a Zulu clan known for their expertise in music and dance. Makhathini’s mother is a singer and keyboard player and was his first piano teacher, and his father was a singer and guitarist.

As a child, he would spend his Sundays going from church to church in search of music that appealed to him. When he found what he liked, he would often stay only until the music ended and the sermon began. He also took part in church choirs and sang in traditional isicathamiya ensembles, made famous by Lady­smith Black Mambazo. At the age of 13, he experienced a revelation, which spurred him on to a career in music and would later open his eyes to forms of spirituality other than his rigid Christian upbringing. “Through a dream I was given a gift of ubungoma [divination and healing] and, with my mom being a Christian, this meant I couldn’t do anything about this gift at that point. This brought so much confusion to me as a kid, until I left home in 2001 to study music [at the Durban University of Technology]”.

The gift of healing
He was exposed to literature about different kinds of religions, life disciplines and beliefs and underwent a spiritual renaissance of sorts. “This meant a big transition in my awareness as a very young artist, during this period,” he says. During that time, he also met music legends Bheki Mseleku and Zim Ngqawana, whose music continues to exert a big influence on him. Just days before he was announced the young artist winner for jazz, Makhathini performed at the launch of two albums, Sketches of Tomorrow and Mother Tongue. He says the two albums are very different. “These albums were conceived at different times but released at the same time,” he says.

For him, the central themes of each album make them standalone entities, even if they are informed by a common ethos. “Sketches of Tomorrow is more my conceptual album where I fuse the past and the future.” This album was born out of his musings on ideas of legacy, fatherhood, and the connections between past and present, and present and future. Mother Tongue, on the other hand, “is more piano and improvisation based. It is a dedication to my mother Nomajerusalema and to my ancestors in thanking them for the language of ingoma [musicianship] and the gift of healing.”

Makhathini draws a salient connection between his music and spirituality. He believes that part of his purpose as a pianist is to heal those who are in need. “I believe, during a performance, artists are borrowed synchronicity. It is from God. I don’t think one can take credit for that.” He doesn’t ignore the technical and traditional aspects of jazz improvisation, though, knowing that the time he spends polishing his improvisational skills feeds into his ability to become the musical and linguistic instruments of a higher power. Spirituality is not the only inspiration he draws on to compose, arrange and play music. He also channels some of the rich and broad South African jazz songbook into his work. And who better than him, having enjoyed stage and studio time with some of South Africa’s jazz greats, to do justice to the genre.

‘Fatherhood and legacy’
He recorded with the late Ngqawana, who was a saxophonist and flautist. More recently, he has appeared in Feya Faku’s live DVD and on bassist Herbie Tsoaeli’s South African Music Awards-winning African Time record, to name but a few of his long string of high-profile collaborations. With a performance and recording schedule bursting at the seams, it is nothing short of miraculous that Makhathini prioritises his role as a husband and the father of 12-year-old Nailah and her two younger brothers Thingo (6) and Moyo (4). “This is not an easy balance,” he says, “but my wife [vocalist Oma­gugu Makhathini] assists me a lot when it comes to managing time. In the future I wish to travel with my family everywhere I go. They are a big part of what I do.”

The Makhathini brood cannot help but keep in step with their mother’s and father’s rhythms. Nailah and Thingo are taking classical piano lessons, and perhaps one day they will take the legacy their father is building note by note to new heights.

Is Bitcoin mainstream yet?

IEC publishes 27 October election date as required by law, but wants to postpone