Move over metroman, there is a spornosexual man on the loose 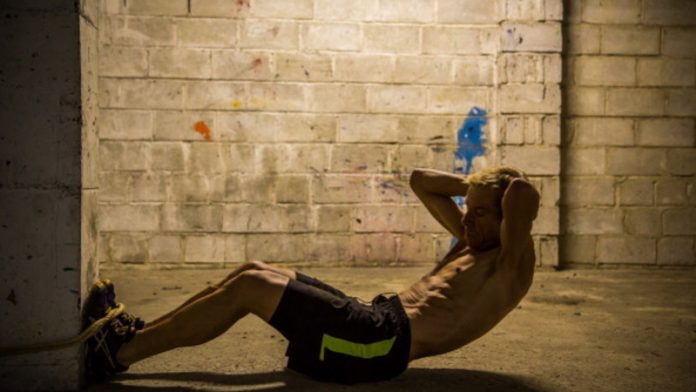 “Don’t forget to pre-cleanse.” I replay my wife’s words from just 10 minutes ago. I still managed to forget and now I dread facing the world. Admittedly, this reaction is melodramatic. I have, after all, used a face wash and an exfoliator with vitamins. I will follow that up with a beard trim, after which I will apply a bump lotion, hydrator, moisturiser, beard oil and sunscreen (the kind that doesn’t leave me looking as if I have put on a white face for a fancy-dress party).

Alas, this is scant solace; I can’t help but feel I have set back my aspirations of sipping from Pharrell Williams’s fountain of happiness and youth. How did we get here? My relationship with grooming predates the adoption into the mainstream of that very “noughties” tag, the metrosexual. As soon as I could afford an entry-level three-step routine, I dived in and, as I have grown older, nothing has changed other than the brands, the price tags and the scale of my routine. But a metrosexual I never was.

In a country where, for hundreds of years, labels were used to foster hate and entrench ignorance, I find it difficult to accept any label, especially one so limiting. My life is much more nuanced than obsessing over my oily T-zone, designer holdalls and emulating David Beckham. Mark Simpson, a writer and popular culture nut, coined the term in 1994. Whether the emergence in the mid-2000s of this tailored, waxed and moisturised city dweller with disposable income to splash out on Mr Porter was a self-fulfilling prophecy we will never know.

What we do know is that, in 2013, British men bought more shoes than their female counterparts and, despite the global economic squeeze, Euromonitor tells us that the South African beauty and grooming industry grew by 10% in 2013, with men’s products representing a significant growth area. Twenty years after his invention, the metrosexual has gone mainstream.

The poster child for self-objectification
In early June, writing in the Telegraph, Simpson struck again, introducing us to his latest neologism. The successor to his erstwhile contentious creation is the “sporno­sexual”. A ménage à trois of ubiquitous sport, easily accessible porn­ography and social media has given birth to men who live to be desired for their bodies and nothing else, “least of all their brains”, Simpson tells us.

This poster child for self-objectification, with his constant shirtlessness, spends hours in front of the mirror and uses at least two apps that aid in the “art” of taking the perfect selfie. His Instagram habitats are the poolside, the gym and the beach. This “second generation of metrosexuals”, Simpson contends, is less concerned about clothes and grooming products, and is decidedly more narcissistic.

“Their own bodies have become the ultimate accessories, fashioning them at the gym into a hot commodity – one that they share and compare in an online marketplace.” Mintel, a market research company, has some interesting statistics: 60% of 16- to 24-year-olds in the United Kingdom “routinely groom” their bodies, 13% have depilated their chest in the past 12 months and 29% have “removed hair from their pubic region”. Yes – and these numbers corroborated in popular culture.

The casts of TV shows Geordie Shore and The Only Way Is Essex are teeming with spornosexual archetypes. In film, one thinks of Joseph Gordon-Levitt’s character in Don Jon. In Madrid we have Cristiano Ronaldo – the world’s best footballer, the most sellable sportsman since Tiger Woods’s driveway domestic dispute and the most nauseating thing ever to happen to underwear modelling.

And to localise the phenomenon you need only to browse gym owner, model and ex-professional footballer Ryan Botha’s shirtless, tattooed, rustically bearded Instagram feed. Model-cum-attorney Gregg Hammond and perma-tanned businessperson (and occasional brawler) Nicky van der Walt also make a compelling case for their inclusion in the spornosexual category. But what, if anything, does all of this mean?

The one-dimensional urban man
Is this just another means by which trend spotters can justify their retainers or hubris for the cool kids to drop nonchalantly at the next WKND Social? If you consider that, as a friend recently noted, “these guys [spornosexuals] have lived in Fourways for years”, this discovery means absolutely nothing to you.

But if you also consider that, between the metrosexual and the spornosexual, we were served up at least two other archetypes – the ubersexual (similar to the metro version but more “manly”) and the retro­sexual (the antithesis of the metro, a T-shirt-and-jeans, soap-and-water guy) – it stands to reason that the notion of the one-dimensional urban man has now been obliterated.

John Legend and, ironically, Gordon-Levitt have joined the growing number of men outing themselves as feminist – in a world where millionaire poker player Dan Bilzerian happily practices his well-capitalised Patriarchy. 1st for Women ads might imply otherwise. But men, for better or worse, are more nuanced than ever and there is space for all, even the ones who don’t pre-cleanse.

Cristiano Ronaldo will not face rape charges in US