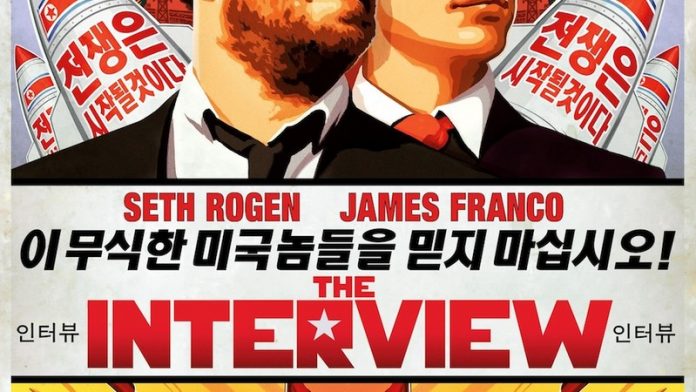 The Interview, the provocative comedy that triggered a devastating cyberattack on Sony Pictures, went straight to United States consumers on Wednesday in an unprecedented online debut after hacker threats prevented its wide release on Christmas day.

The film was available for rental on Google’s YouTube site as of early Wednesday afternoon. Microsoft and Sony itself are also showing the comedy, a day before the hastily scheduled premiere at some 320 independent theatres. Google Canada is also offering the movie.

It is not clear if the studio will earn back the $44-million it spent to make the comedy, which stars Seth Rogen and James Franco as TV personalities assigned to kill North Korean leader Kim Jong-un.

The enormous publicity The Interview has received could augur well for the movie, but the absence of major US movie chains as exhibitors could also severely cut into box office receipts. The chains refused to show the film owing to security concerns.

“We chose the path of digital distribution first so as to reach as many people as possible on opening day, and we continue to seek other partners and platforms to further expand the release,” Sony Entertainment chief executive Michael Lynton said in a statement.

Self-century
He added that Sony had first reached out to Google, Microsoft “and other partners” on December 17, the day the studio said it had no future plans to release the film.

The movie prompted the most destructive-ever cyberattack on a company on US soil one month ago and resulted in the release of embarrassing emails and confidential data.

US President Barack Obama last week blamed the cyberattacks on North Korea and joined a chorus of politicians and top Hollywood figures accusing Sony of self-censorship and caving into the hackers’ demands.

Consumers can access the film on YouTube Movies, Google Play, Microsoft’s Xbox Video, and a dedicated website, seetheinterview.com, for $5.99 as a rental or $14.99 as a purchase. No cable or satellite TV operator has yet agreed to make “The Interview” available through video on demand (VOD).

It was unclear the degree to which the online release would reduce moviegoers’ appetite to see the comedy in the independent theaters that announced on Tuesday they planned to show it.

Sold out
Many Christmas Day screenings were sold out, including one that begins right after midnight at the 184-seat Silent Movie Theatre in Los Angeles.

“I need to say that a comedy is best viewed in a theater full of people, so if you can, I’d watch it like that,” Rogen tweeted. “Or call some friends over.”

Theater owners said they were taking some extra security precautions and the Federal Bureau of Investigation said it had been in contact with them.

“When a film attracts this kind of hype, there has to be concerns,” said Greg Laemmle, co-owner and president of Laemmle, an art house chain with several theaters in the Los Angeles area.

“As long as we’re not being irresponsible in terms of addressing patron safety,” he added, “we really need to support freedom of artistic expression.”

Thumbs up, thumbs down
As of 4.15pm EST, or more than three hours after the movie was released online, 10 671 visitors to YouTube had given the film a “thumbs up” versus 822 with a “thumbs down.” The 989 reviewers on Google Play gave the movie an average of 4.7 stars out of five.

Critical reviews of The Interview have been more mixed. On the website Rotten Tomatoes, which aggregates reviews from film critics, 54 percent of 35 reviewers rated the movie positively.

The showing is a chance for Google and Microsoft, which have been bit players in a VOD market dominated by Apple, Amazon.com and cable and satellite operators, to raise their profile.

Google said it had weighed the security implications of screening the movie – described by reviewers as “profane” and “raunchy” – after Sony contacted the company about making it available online.

“But after discussing all the issues, Sony and Google agreed that we could not sit on the sidelines and allow a handful of people to determine the limits of free speech in another country (however silly the content might be),” Google’s chief legal officer, David Drummond, wrote in a blog post.

‘Lights out’ at YouTube
Google has an “enormous” infrastructure that is well tested in fighting off denial of service and other attacks, said Barrett Lyon, principal strategist with F5 Networks and an expert in internet network security. “I wouldn’t imagine seeing ‘lights-out’ at YouTube,” he said, adding that Microsoft could be more vulnerable

Sony pulled the movie after major theater chains refused to show it. That followed threats of September 11 2001-style attacks from Guardians of Peace, the group that claimed responsibility for the cyberattacks against Sony.

A national security official said on Tuesday that US authorities did not take the hackers’ threats against theatergoers seriously.

The White House on Wednesday praised the decision to release the film after Obama’s rare public rebuke of a corporation last Friday that took the studio aback.

Obama has vowed respond to the cyberattack “in a place and timing and manner that we choose.”

Japan, meanwhile, has begun working to ensure basic infrastructure is safe and to formulate its diplomatic response, officials said, fearing it could be a soft target for possible North Korean cyberattacks in the escalating row over the Sony Pictures hack.   Reuters