Get out of dirty fossil fuel 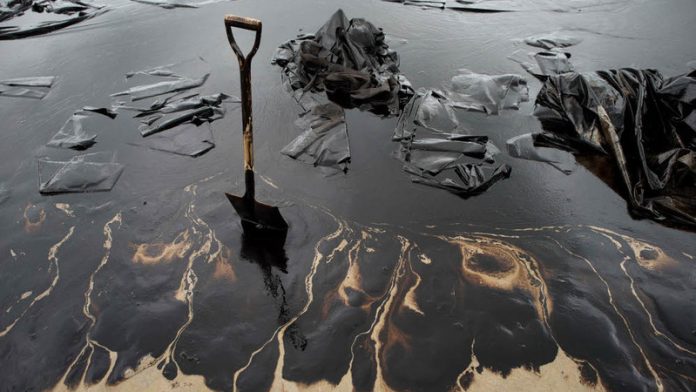 The fossil fuel industry, including the world’s producers of oil, gas and coal, must be put out of business by 2050 to avoid dangerous climate change and to build a safer, more stable and equitable world for humanity.

Though the likes of Anglo American, Sasol, Exxaro, BHP Billiton, Shell and their funders, such as Nedbank, Standard Bank and Absa, have known of the likely consequences of climate change for decades, they remain long on sly rhetoric while showing few, if any, signs of changing their core business models to the degree demanded by climate science. In a world in which they, or their global peers, had not perverted the political processes that should have controlled them, they would have been regulated out of existence. But, globally, fossil fuel companies buy politicians to fight emissions cuts, muddy the science on climate change, suck up massive subsidies and block real progress in developing renewable energy.

The head of the Organisation for Economic Co-operation and Development, the Elders (who include Graça Machel, Gro Harlem Brundtland and Jimmy Carter) and many others have called for global carbon neutrality by 2050 to avoid a threat to civilisation from climate change. But there are no visible signs of panic by so-called leaders, so most people assume there is no real danger, and even the well informed continue to drive and fly, endangering the lives and security of their children and grandchildren.

The next time you leave the lights on, think about the 280 000 African and South Asian children already dying annually from malnutrition and disease caused by climate change. Consider that, when President Jacob Zuma put his signature to the 2009 Copenhagen Accord, he was signing up for what Sudanese negotiator Lumumba di Aping then called “death for Africa”.

The heart of the problem is that fossil fuel companies have five times more potential carbon dioxide in their reserves than we can “safely” pump into the atmosphere – that is, still to have a chance of keeping average global warming below 2°C, which is safe for the world at large. Not for Africa, which, under current global plans, is probably completely screwed.

Fossil fuel companies have become criminal enterprises with no regard for human rights. Those who invest in them are complicit in criminal activity. Fossil fuels cannot be phased out overnight, of course. But, unless these companies commit themselves to phasing out fossil fuels swiftly, they must be shut down.

Indeed, given the threat of climate change, any government and Parliament motivated only by the interests of citizens would be doing this already. Why aren’t they? Why, after 20 years of international climate change negotiations and a commitment on paper by most countries to keeping average warming below 2°C, are we still heading for a 3.5°C to 5.5°C warming by the end of the century? The answer lies to a large degree in the corrupt power of fossil fuel companies over governments. In the United States, in the words of former US vice-president Al Gore, corporations have “hacked democracy”. The New York Times columnist Thomas Friedman describes the US Congress, a hotbed of climate change denialism, as “a forum for legalised bribery”.

In the United Kingdom, who needs financial corruption? Three members of the Cabinet have worked for Shell, and a third have worked with other fossil fuel companies. It is little wonder that the climate change commitments on which the British government was elected have been shredded in favour of subsidies and support for gas and oil. Before British Prime Minister David Cameron was elected, he condemned the “far-too-cosy relationship between politics, government, business and money and … secret corporate lobbying”.

In South Africa, with no regulation or transparency about corporate donations to political parties, there is potentially no limit to how much our government may have been corrupted. We do know that the ANC has an indirect interest in Shell. It is little wonder that what should be a pariah company is allowed near free reign to spread lies about the virtues of fracking in South Africa, even as it despoils Nigeria with oil pollution.

The climate debt of developed countries to countries that have been underdeveloped, to paraphrase Walter Rodney, has been conservatively estimated at $2.3-trillion. Developed countries respond by committing a pitiful $10-billion to the United Nation’s Green Climate Fund to assist developing countries in coping with climate change.

How do we respond to this tragic farce?

Over the past two years, an international fossil fuel divestment movement has sprung up, first in the US, and more recently in Australia and Europe. Fifteen universities, including Stanford, have already agreed to stop profiteering from wrecking the planet. Dozens of cities, such as Seattle, San Francisco and Oxford, have followed suit, along with hundreds of churches and Norway’s largest pension fund.

Archbishop Emeritus Desmond Tutu has endorsed the campaign: “People of conscience need to break their ties with corporations financing the injustice of climate change.”

In South Africa, a campaign to persuade the University of Cape Town to divest has largely been ignored.

But this is the fastest-growing divestment movement in history. We aim to expand the campaign to other universities and ordinary investors. Climate change does not magically disappear when ignored. Nor will we.