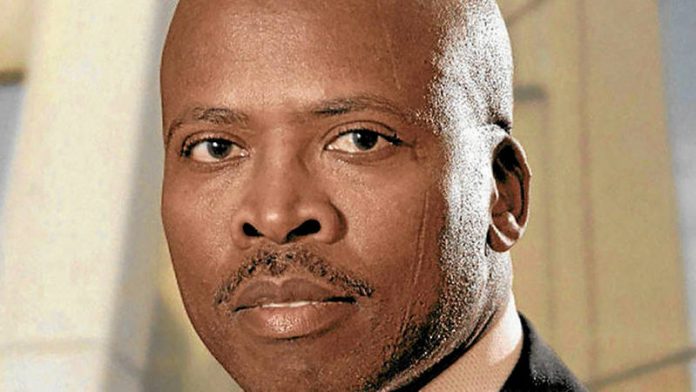 A high court judge has ordered former PetroSA boss Yekani Tenza to pay back R83-million to the oil company that he misspent in a series of “irregular” procurements.

But the parastatal says it and the court sheriff are struggling to find Tenza or any of his assets that can be attached to reclaim the debt.

PetroSA filed the civil claim against Tenza in the high court in Pretoria last February. He was appointed its acting chief executive in July 2011, but within five months had “unlawfully and illegally” fired and hired numerous contractors, according to the parastatal’s court papers.

PetroSA’s claim was upheld in August last year in a default judgment against Tenza, who did not defend himself.

Most of the decisions in question were exposed in the Mail & Guardian’s “Oilgate 2” series in 2013. This uncovered evidence of suspicious payments relating to Tenza’s appointment of a lawyer to advise the company on its acquisition of oil acreage off the Ghanaian coast, and the same lawyer’s involvement in PetroSA’s bid to buy fuel retailer Engen.

These matters are still being investigated by the Hawks, the unit’s spokesperson, Paul Ramaloko, told amaBhungane last month.

Where’s Yekani?
Tenza, who could not be reached for comment, appears to have gone to ground.

In an affidavit filed with its claim, PetroSA lawyer Dezlin Daniels said that for six months last year Tenza “deliberately ignored and evaded the sheriff”, who reached him only once by phone, visited his home six times and twice resorted to attaching the court papers to his door.

PetroSA spokesperson Zama Luthuli said the company has since obtained a warrant of execution to have Tenza’s assets attached – but that the sheriff still could not find him or any attachable assets at his home address, which is registered in the name of a trust.

She said a forensic investigation of Tenza’s assets was being considered. A tracing agent has also been appointed to find him.

AmaBhungane has also been unable to find Tenza. Two phone numbers he is known to have used recently were not operational when amaBhungane called several times over the past two months.

When an amaBhungane reporter visited Tenza’s Johannesburg address last month, a young man identifying himself as his son said Tenza was “not here right now”.

He appeared to be surprised to learn of the R83?million judgment and said: “I thought that whole conspiracy against him had been thrown under the bus.”

The default judgment upheld PetroSA’s four core claims against Tenza. He was also ordered to pay PetroSA’s legal costs and interest on the amounts claimed for the period after the date of judgment.

The lawyer
In one of the claims, PetroSA objected to Tenza’s appointment of lawyer George Sabelo to provide legal services “purportedly required” in connection with its acquisition of Sabre Oil & Gas Holdings, a British Virgin Islands-based company with an opaque ownership structure, which owned offshore oil acreage in Ghana.

Sabelo, a central figure in the Oilgate 2 exposé, was brought into the Ghana negotiations by Tenza while in London in December 2011, much to the surprise of PetroSA’s technical team. This was initially revealed in a former director’s affidavit to the police.

According to whistleblower accounts included in the affidavit, the technical team concluded a price of $480?million for the oil stake before flying back to South Africa. They were later surprised to learn that Tenza had renegotiated the amount “in reverse” to $500?million.

Also causing consternation among team members was that there seemed to have been no need for Sabelo’s appointment, as another team of lawyers had already conducted a due diligence on the deal, and that Sabelo’s fee of R13?million seemed to be remarkably high.

In its claim before the high court, PetroSA did not address the “reverse-negotiated” oil stake price. But it argued that Sabelo had been “unlawfully and illegally appointed” and Tenza “did not have the necessary authority to make that appointment”, which was also done without a “competitive and transparent procurement process”.

As reported previously, a source close to Sabelo’s firm, Farber Sabelo Edelstein, told amaBhungane that much of this fee was paid onwards to an unnamed “adviser”. There was no evidence to suggest that this payment was legitimately owed to any other party.

The fund manager
PetroSA’s second and third claims were also reported in the M&G’s Oilgate 2 exposé. These concerned the parastatal’s appointment of global financial services firm HSBC to advise it, both in its bid to build a refinery at the Coega industrial development zone in the Eastern Cape and to buy Engen.

But, PetroSA claimed, Tenza “prematurely terminated” HSBC’s contract without gaining board approval and “without valid cause or justification”. The entity he replaced it with, South African firm Harith Fund Managers, was pricier than HSBC and was appointed without a tender process. According to PetroSA, it was forced to pay HSBC a R22?million cancellation fee, while paying Harith R18?million before its contract was terminated at the time of the Oilgate?2 revelations.

Sabelo was also central to these events. He invoiced PetroSA for work done on the Engen deal, although officials ultimately prevented these payments from being made.

During an overlapping period, Sabelo was also paid by Harith for much the same services on the Engen deal.

After the Oilgate 2 articles, PetroSA cancelled its contract with Harith, which in turn cut ties with Sabelo.

The engineering firm
In its final claim, PetroSA said its procurement committee had selected the Texas-based firm Kellogg Brown & Root International (KBR) to provide engineering and procurement services on Project Ikhwezi, PetroSA’s plan to tap new offshore gas reserves to extend the life of its gas-to-liquids refinery in Mossel Bay.

Although the appointment of KBR was “lawful and regular”, PetroSA said, Tenza “prevented” it, arguing that there was a conflict of interest. Instead, he awarded the tender to the Aberdeen-registered Petrofac Facilities Management Limited.

PetroSA challenged Tenza’s justification for this move, arguing that “there was no material conflict of interest which would disqualify [KBR] from being appointed as a service provider”.

It said Tenza made the appointment without a competitive tender process, and that, whereas KBR’s appointment would have cost PetroSA R65-million, Petrofac was signed on at R96-million – a R30?million loss.

No end to PetroSA’s woes

​Members of PetroSA’s interim board are at loggerheads with their chairperson, Nhlanhla Gumede
Read more
Advertising
Continue to the category
Education