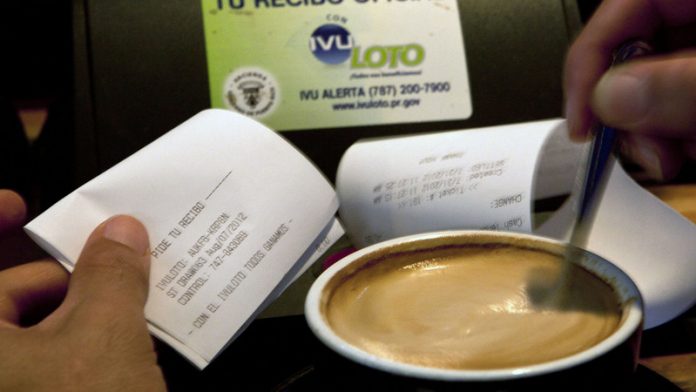 Every day, around the world, billions upon billions of slips of paper are printed with legally binding information. The vast majority of these are never even looked at by the people who accept them – most are thrown away immediately. You’ve probably done so already today. I’m talking about the printed receipt.

Think about the number of till slips you’ve been given over your lifetime. Were you to store every grubby little slip for R23.99 (Milk, Full Cream) and R189.90 (flu medicine, generic) you would have dozens or even hundreds of kilograms of paper by the time you reached retirement age. And that’s before we include all the bank statements on crisp A4 pages and the ludicrous dot matrix receipts from the chemist.

And for what? Far fewer than 1% of these meticulously produced receipts ever serve any tangible purpose. Of every 1 000 receipts you receive, how many do you query? Three? Four?

And for that privilege we each waste a kilogram or more of specially produced paper – paper that requires petrochemicals and bleach and electricity to produce, paper that produces greenhouse gases both when it is made and when it is thrown away. In this way millions of tons of paper is wasted every year.

This might seem like a very small issue because it has no discernable impact on your life. But it’s these tiny costs, spread across billions of people, that eat away at our planet and our productivity. We spend real resources and real labour to produce something that has no value, but large environmental costs.

But what about when we do have that vital query? What about when we are shortchanged or we need to exchange something? How will our economies function without these vital little records of our commercial interactions?

Twenty years ago that argument might still have held some water, but today it sounds increasingly silly. Electronic receipts are superior in every single way to their paper forefathers.

They are cheaper, more accurate, harder to fake, easier to store and (given the right choice of technology) almost impossible to lose. You could search through a decade’s worth of electronic receipts in seconds – a task that would take days or weeks with their physical counterparts.

This might sound like ridiculous idealism. If Bono and Al Gore can’t get us to stop guzzling petrol in order to save the polar bears, how is a lowly columnist going to kill the mighty printed receipt industry? I’m not, and I don’t need to. The seeds of its destruction were sown eight years ago when the iPhone was launched.

Within the next ten years, two thirds of the world’s population will own a smartphone. Mobile payment systems, after decades of false starts, are beginning to gain traction. Go to your local mall and see how many shops already offer either SnapScan or FlickPay – two local companies in this field.

Even in their embryonic state, mobile payment systems show great promise. You simply point your phone at the till, key in your pin and accept the amount. Within seconds, both you and the merchant have received notifications. It’s easily twice as fast as using the credit card machine, and a lot friendlier.

This kind of speed and convenience is extremely compelling. Once you’ve used it you don’t want to go back to swiping your card and waiting for that stupid slip to print. And so I predict that by 2024 mobile payments will account for the vast majority of all consumer transactions – at least 70%, but probably closer to 90%.

These systems are closed loops – the method of payment, the amount paid, the payment itself and the receipt are all managed and processed on the phone. In that context, why do you need a physical slip of paper? If you’ve ever watched a harried clerk or waiter struggling to change the roll of paper in a card machine, you’ll recognise how welcome this change will be to merchants everywhere.

So what will kill the printed receipt is not idealism but pragmatism. Those little slips of paper have real costs and close to zero value. Given the choice, the world’s businesses will simply abandon them for the alternative. I doubt anyone will mourn their passing.